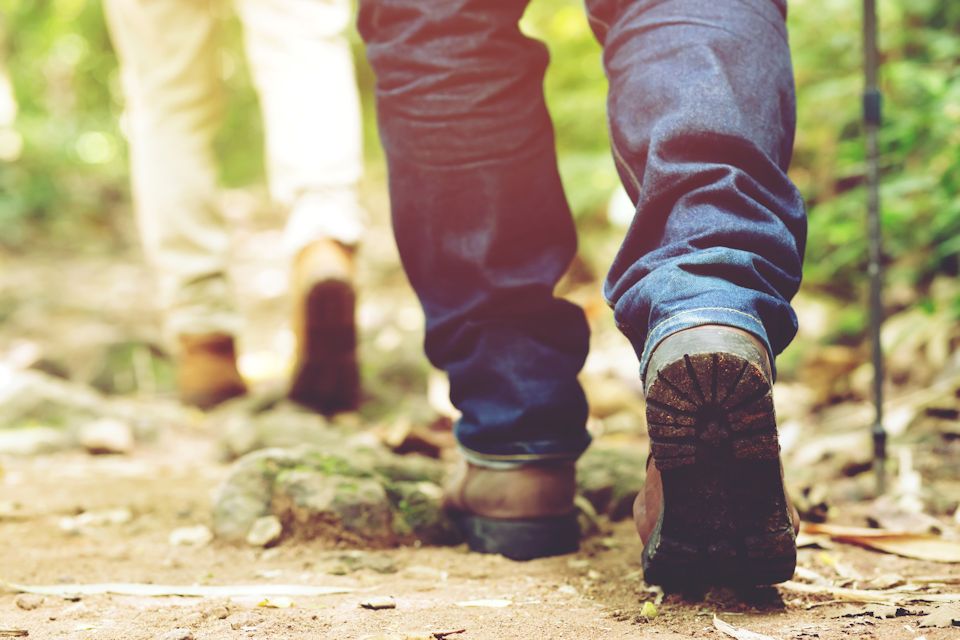 Change happens. The Rev. Scott Harmon looks at changes at Camp Michigamme, in the Church, and in his life. His trust in God gives him hope. 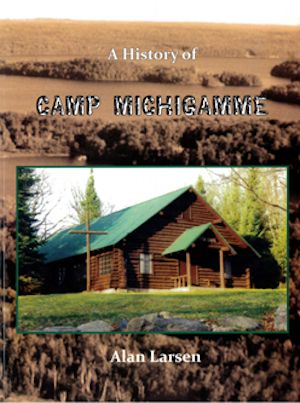 Summer is a beautiful season in northern Michigan. To kick it off, Camp Michigamme hosts a celebration each year we call Michigamme Day. A homecoming of sorts, gathering the district together. There’s a picnic lunch, singing, fellowship, and time to explore the trails and reminisce. This year we celebrated the dedication of a new building. The Agape Wigwam is a multi-use two-story structure made possible through a partnership with the Superiorland Emmaus Community. Both the men’s and women’s Walk to Emmaus retreats through the General Board of Discipleship are held at the camp, so the building is sure to be well used.

As part of the dedication, a short history of the original wigwam structure and the camp itself was shared. This was for some the first time they had heard about Michigamme’s founding. The camp was established in 1922. (Yes, next year we’re celebrating its 100th anniversary.)  District Superintendent Rev. George Olmstead envisioned a place where young men and women could come and grow in their life and faith. The name “Michigamme Institute” was used to signify a commitment to learning. Looking at the original seminars offered, it’s fascinating to see how the focus combined spiritual aspects of life with those designed to help an individual grow as a person (very much a Wesleyan emphasis). In addition to special seminars that would change each year,* titles included…

It was not uncommon to have upwards of 1,000 men and women (ages 18-35) gather on the weekends by 1925. When the iron and copper ranges were booming, it seemed every community was bursting at the seams with children and families. Today things are quieter, and the realities of an industrial world that has changed have settled in.

Change is hard. The only one who really likes change, they say, is a wet baby. Yet, change is a reality of life. In the best of situations, we might have a minor influence. Like a canoe descending rapids, what we can control is usually limited to how we go through the change, not whether we go through it.

In my family, our daughter has been both strong and confident from childhood. My wife, Bron, and I would encourage one another, “The best we can do is direct the flow; we’ll never stop the river.”… and…“It will be her greatest strength if her parents survive.” We have to watch her grow into an amazing, compassionate, Spirit-filled young adult. The reality is, change is something we adjust to as the rest of the world moves on around us.

The Trustees of Camp Michigamme are leaning into the changes taking place out of an awareness that the camp cannot be the “incubator of God’s grace” it’s called to be if it no longer exists. In vison-speak, the answer to “so that…” continues, while the “how” endlessly evolves.

In each of the synoptic gospels, Jesus talked about old and new wineskins. Not lifting one over the other but simply cautioning his followers to be mindful of what each was asked to carry. That wisdom is echoed in my own family’s story.

As a boy, I would attend worship with my grandparents fairly regularly. My mother’s parents lived in rural Illinois, and we would join their small farming congregation on our visits. My father’s parents were part of a congregation closer to home. For both, the church was a central part of life.

Living close to my father’s parents, we would spend an evening or two at the old camp meetings every summer. I didn’t know then what a legacy it represented.  The sides of the wooden tabernacle would be up, with music from the piano and organ rolling out beneath the shady oaks. The evening’s highlight would be stopping by to see my grandmother at the candy stand/bookstore for a treat following the service. It was the world my father grew up in. The church my grandparents had dedicated much of their lives to.

Three things happened in time. In Illinois, the population of small rural farming communities dwindled. Not because those communities were bad or did anything wrong, but simply because the needed manpower for farming changed. Just as the communities that once mined copper or iron, or cut lumber during the logging days here in Michigan, are now a shadow of their former selves.

At the camp meetings, numbers through the years dwindled there as well. Traveling evangelists were more and more difficult to find, and the style of worship that drew people changed. Of course, some worked sacrificially to continue it, yet in the end, it simply was no longer sustainable. The camp meetings ceased, the property sold, and the grand old oak trees cut down.

The last church closed because the neighborhood changed. When my grandparents first attended, the congregation was made up of transplants primarily from Tennessee. That church served as their spiritual center for many, many years, but newcomers to the neighborhood had no connection to that culture as the generations passed. The church literally was from one world, and their neighbors from another.

This was the passing of three faith communities. Churches vital to those who had called them their spiritual home. All three are now closed, yet each had shared the good news of Jesus Christ faithfully.

I find it hard to understand the idea that someone “did” something to them or that the conference in some way betrayed them. Far greater dynamics than denominational strife bring about population shifts. Cultural identities change without having anything to do with how we understand the Bible or conceive of God. Expressions of faith are dramatically changing across our society. These changes are not limited to the United Methodist Church but are observed in a larger picture across the entire religious spectrum.

Personally, I miss the singing in the old Tabernacle, but then again, I miss singing in four and six-part harmony, too. Some blame the choir director that it’s not as they remember, but a remnant of six or eight doth not a choir make.

Long ago, the writer of Ecclesiastes pinned those familiar words of the third chapter, “For everything, there is a season….” I’m not worried at all that the church of Jesus Christ is dying – it isn’t. However, the Church of my preferences began changing long ago, and the Church of my experiences even before that. My confidence, though, you see, is in a God far greater than my preferences or my experiences. It is in a God beyond “me.”

What it will look like, who it will involve, where it will gather, and what it will sound like in those gatherings has constantly been changing through the centuries, and we should have no illusion that those changes should stop now. Will it be painful? Death often is, not for the deceased, but for those left yearning for what was.

As for me and my house, we’re looking forward. The congregations of my grandparents nurtured me well, and I have passed that on. While now gone, the faith they embodied and shared continues as their legacy.

“God is always the same,” wrote the prophet Malachi, “yesterday, today and tomorrow,” and the author of Hebrews picked up and echoed that saying, “Jesus Christ is the same yesterday, today, and forever.” Those are the constants in which to place our trust, even as we acknowledge our understanding to be incomplete as through a dim mirror. The rest, as Mike Slaughter would say, is conversation.

I pray that we might have the grace to truly listen for God’s voice and the courage to follow even when we don’t always know where we’re going. Sounds rather biblical, doesn’t it…