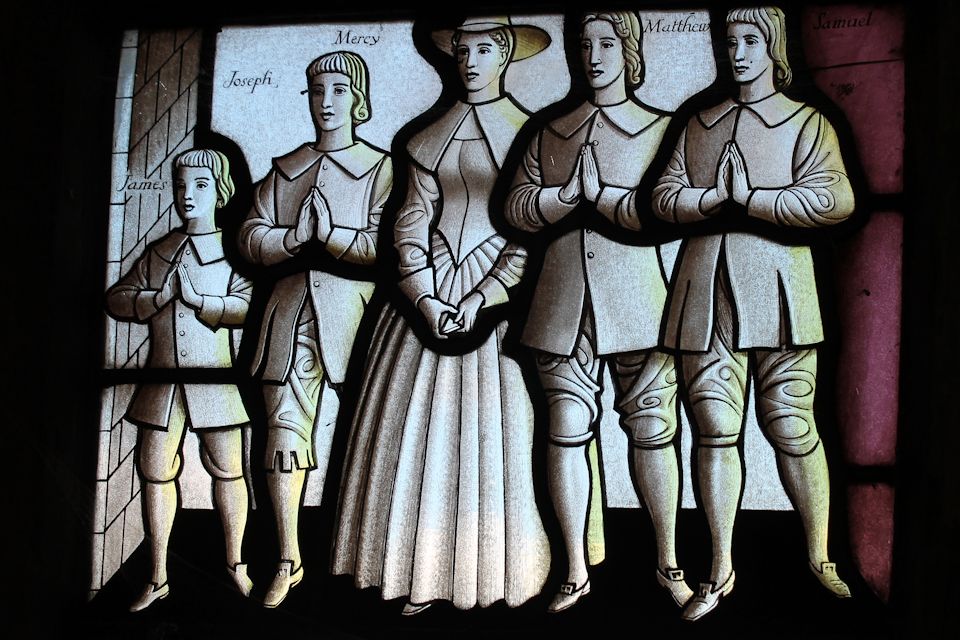 Detail of Pilgrim's Progress window at St. Andrew's Church, Preston, Dorset. According to the British Library, Pilgrim’s Progress is one of the ten most published books of all time and has been translated into 200 languages. Pilgrim’s Progress is still serving as a positive influence for faithfulness 343 years after its release. ~ Ydigresse, CC BY-SA 3.0, via Wikimedia Commons

There is much in life today that could use some positive influence. The Rev. Glenn Wagner explores the power we have to help people and events change direction for the better.

Influence is a big deal in our world.

The advertising industry, which exists for the purpose of influencing us to invest our resources in their benefactors, is estimated to be a $138 billion a year business in America.

Another indicator of the importance of influence is the continuing popularity of Dale Carnegie’s book, “How to Win Friends and Influence People.” Published first in 1936 and turning 85 this year, this book has sold over 50 million copies, 20 million copies in the last ten years.  There is a public appetite for learning how to grow in our own personal effectiveness as influencers.

Our habits, dress, language, cuisine, values, vocation, relationships, and investments of time and money have all been shaped by the influence of others.

Think with me for a moment. Who are the positive influences in your life?

An influencer is someone you credit for your life taking a turn in the direction that it has.

For example, I name my maternal grandmother as a positive influencer for me. Jeanne Rhodes first taught me to sing “Jesus Loves Me.” She took time during my childhood to read with me. Even before I knew what it was all about I still remember grandmother’s influencing comment, “Children in our family all go to college. We value education.” Because of her significant influence, I have had a life-long love for reading, education, and Jesus.

After more than 60 years, I still remember the positive influence of volunteers who showed up in our home three times a day for seven years to help us administer physical therapy for my brain-damaged sister so she could learn how to walk. Their example influenced me to value volunteering to help others.

I give thanks to Ellie Chapman, a Sunday school teacher who took us as teens to participate in a protest rally on behalf of better working conditions for the United Farm Workers and created in us a sensitivity to issues of racial and social justice.

“My conscious choice to raise my hand in math class during Mr. Wilson’s off-topic vocational quiz was an influential change of direction for me.”

Rosemary Musial was an influencer for me. She donated her time to lead a Christian children’s theater troupe at our church and taught invaluable lessons about teamwork and oral presentation.

Mr. Wilson, my high school math teacher, was another influencer. It has been 50 years since I graduated from high school. I don’t remember any of the specific calculations I learned in his class but I will never forget the day he veered off-topic and asked the class, “Have you given any thought to what you want to do for a vocation when you graduate from high school?” Then he asked us to raise our hands if we had interest in becoming . . . Mr. Wilson then named one vocation after another from a considerable list of vocational options. One of those vocations Mr. Wilson named was a pastor. Honestly, Mr. Wilson only played a bit part in the history of my life. I never saw him again after high school, but my conscious choice to raise my hand in Math class during his off-topic vocational quiz on that day was an influential change of direction for me.

Other persons of lasting positive influence have nudged me in the direction of greater faithfulness:

Influencers who encourage others to live in faithfulness to God are also remembered in the Bible.

In the Old Testament, the book of Esther values the way Mordecai influenced his cousin Esther, who in turn courageously influenced her husband King Ahasuerus to spare the lives of the Jewish people who were being threatened by the King’s advisor, Haman. The Jewish observance of the festival of Purim each year on the 14th day of the Hebrew month of Adar remembers the life-saving importance of these courageous influencers.

“Beatitudes serve as guides for the direction of our influencing as well as an assist for how we allow others to influence us.”

John 1:41 reminds us it was Andrew who first influenced his brother Simon Peter to come and meet Jesus. “We have found the Messiah.”  Because of Andrew’s invitation, Peter, who succeeded Jesus following Christ’s crucifixion and resurrection in providing important leadership for the Christian church, is memorialized with a tomb beneath the altar of one of the greatest church buildings in Christendom, St. Peter’s Basilica in Rome.

John 1:45-49 also remembers the story of Philip influencing his friend Nathanael to come and meet Jesus. Philip’s nudge changed the trajectory of Nathanael’s life. Nathanael, who is also identified as Bartholomew in the Bible, played a significant role in the spread of the Christian faith after the crucifixion of Jesus before dying a martyr’s death.

In his Sermon on the Mount, Jesus shares his “beatitudes,” declaring in Matthew 3-11 who is most blessed. The Greek word translated as blessed, makarios, means perfect in every way. Jesus uses this term to describe eight different kinds of people who will ultimately receive heavenly blessing. Contrary to the way the world values people, Jesus honors the poor in spirit, those who grieve, the meek, those who hunger and thirst for righteousness, the merciful, the pure in heart, peacemakers, and those who are persecuted for Jesus and the sake of God’s kingdom. These beatitudes serve as guides for the direction of our influencing as well as an assist for how we allow others to influence us.

God can use you

Thankfully, positive influencers after the example of Jesus still are at work and very needed because there are:

Sadly, negative influencers also abound. They are regularly featured with headlines in the news, detailed in testimony from our courts, and touted by businesses promoting addictive pursuits.

Jesus warns us about the danger of negative influencers. “Beware of false prophets, who come to you in sheep’s clothing but inwardly are ravenous wolves. You will know them by their fruits. Are grapes gathered from thorns or figs from thistles? So, every sound tree bears good fruit, but the bad tree bears evil fruit. A sound tree cannot bear evil fruit, nor can a bad tree bear good fruit. Every tree that does not bear good fruit is cut down and thrown into the fire. Thus you will know them by their fruits. (Matthew 7:15-20)

“Living as a positive influencer for Jesus is an investment that will continue to yield positive returns long into the future.”

Jesus also cautions us in his parables of Lazarus and the Rich Man (Luke 16:19-31) and the Last Judgment (Matthew 25:31-46) that accumulated wealth is of no influence with God if we are indifferent to the needs of the poor in our midst.

Living as a positive influencer for Jesus is an investment that will continue to yield positive returns long into the future.

In 1678 after serving 12 years in prison for the crime of practicing his puritan Christian beliefs in a country that was strictly Anglican, John Bunyan first published Pilgrim’s Progress, an allegory about a man named Pilgrim. The book follows Pilgrim’s journey along the road through life toward a heavenly destination. Pilgrim makes mistakes, suffers setbacks and detours, but he is helped along his way by other influencers and a persistent focus on his heavenly destination.

God, help us to be a positive influence today for someone we know who can be helped in the direction of your love. Help us to pattern our lives after the influence of persons who offer clear examples of your grace. Grant us wisdom to avoid persons who would lead us away from your purposes and to stay on the path as pilgrims living toward your heavenly hopes for each of us.  Amen.