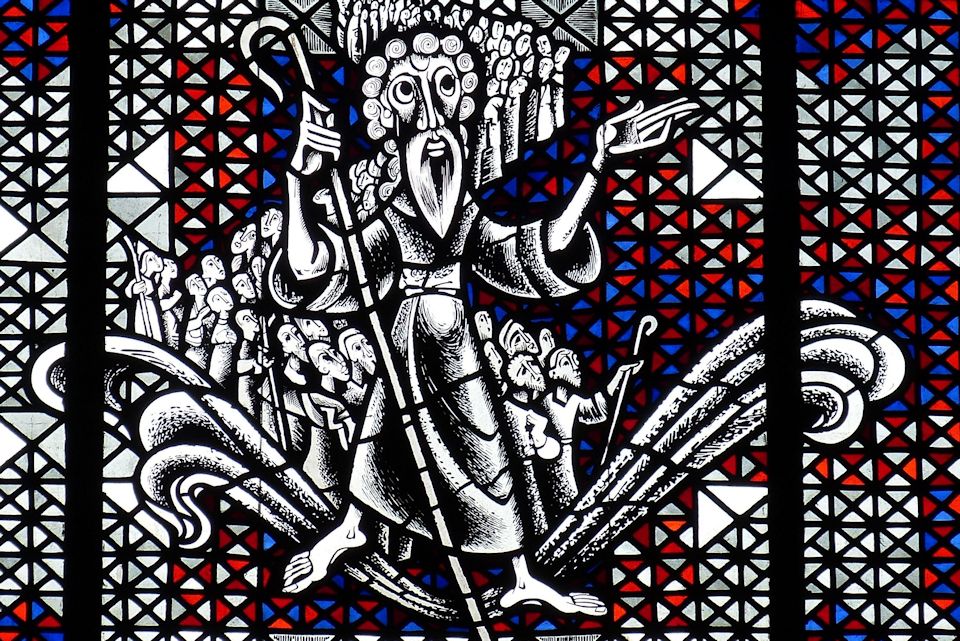 ~ Image by Falco from Pixabay

The struggle for God’s justice may be long but, says the Rev. John Hice, “This is not an excuse to put it off and abide injustices for even a minute.”

You who follow MIConnect columns week-by-week may find this writing an exercise of beating the same drum. June 3: Bishop Bard wrote about two viruses with which we contend, racism and COVID-19. He spoke of our need to persevere prophetically to find societal healing. June 10: Rev. John Harnish reflected on his reaction to the same pandemics and pondered his still being a happy person in the face of such troubles. The June 18 issue had not yet been published at the time of this writing; but the writer of the column could well write about the same subjects.

These are the matters of the day. They shape our current world. Just as The Michigan Christian Advocate (the weekly Methodist newspaper for our part of the world) had a weekly Temperance column in the 1890s, we have a recurrent focus today. We need to have an abundance of voices addressing the most important matters before us. “One and done” will not settle the issue. So here I go, continuing to beat the same drum.

These days my thoughts dwell on how long this is taking.

I grew up in a segregated community. I was not exposed to the abuses of racism and inequality until the 1967 Detroit Riot and my subsequent study of the Civil Rights Movement. Inspired by the courage and vision of such prophets as Rosa Parks and Dr. Martin Luther King, Jr, my heart warmed to the cause, and my hopes aligned with the vision of equity and a brother-and-sisterhood of all people. It seemed that the marches and protests were evoking change. New federal laws were enacted; schools were integrated. The 60s and early 70s came-and-went, and it was assumed, in white circles, that the matter was settled

Until it dawned on some that it was not so simple, maybe strides-gained were being rolled-back, or there had not been as much healing as had been thought. I recall the despair expressed by an older friend and colleague about 15 years ago. He had been a young pastor who had taken part in the Civil Rights protests, marching with King and Abernathy and Young. I was stunned to hear him lament: he entered the ministry committed to working for God’s Kingdom to come on earth as it is in heaven. Years later, he faced the reality that there was still a lot of evil in this world, and maybe he and his contemporaries had not made much difference, after all. His sad questioning left me unsettled. How long, O Lord?

Now, I can relate. After many years of work, myself, could it be that the vision of the 25-year-old (me) is lost because of too little effort and too little boldness?

Maybe Moses could teach us something. Study the Exodus story, and you see a middle-age prince-turned shepherd with no shoes on, facing a burning bush, listening to the Voice. This encounter results in the shepherd hearing God’s concern for his people held captive, and God’s vision that they should be freed and led to their promised home. The prince who had become a shepherd became a prophet with a God-made vision leading him to the seat of oppressive world power. Yet, God’s power was greater than Pharaoh’s. The people escaped. Moses led them through the wilderness – for years … and years … and years (How long, O Lord?) until his quest was nearly done. The people gathered near the Jordan about to cross to the other side, when Moses climbed the mountain and only saw the promised land. And then he died.

The struggle for God’s justice will be long. This is not an excuse to put it off and abide injustices for even a minute – oh no! (That is an evil, in itself. Every moment of silence and every hesitation to name and change systems of prejudice can result in tragic deaths and abuses of power.) It is, though, the reason for God’s people to persevere.

As we settled into quarantine during the current pandemic, I was drawn to reread my copy of Albert Camus’ The Plague. The paperback blurb offered a description: “The story takes place in the Algerian port of Oran, where a ravaging epidemic of bubonic plague – which symbolically suggests other spiritual and political plagues – has thrown the city into a harrowing agony.” (Albert Camus, The Plague, Vintage Books, February 1972). The tale unfolds as the plague ravages the quarantined city for months – far deadlier than the coronavirus. A young doctor faces the pestilence throughout its reign of terror, caring for patient after patient – almost all of whom succumb. On the night the plague was declared ended, and the city was reopened, the doctor reflects “… it has no importance whether such things have or have not a meaning; all we need consider is the answer given to men’s [sic] hope … if there is one thing one can always yearn for and sometimes attain, it is human love.” (Camus, p 287)

Compassionate initiative bears fruit—this the essential role for the collective people of church and society. The trek of God’s redemption is an endeavor of love, especially when the journey is long and meandering. Praying that the day of deliverance is today and acting as though it is already here, we are called to press on to the prize no matter how long it takes. (Apostle Paul, Phil 3:14) Southern African Methodist Bishop Ivan Abrahams, now General Secretary of the World Methodist Council, once remarked that after the fall of Apartheid in South Africa, President Nelson Mandela challenged the Church. Mandela said, “We have now won a political revolution and changed the laws of the nation. But the revolution will never be complete until there is change in the hearts of the people – and that is the task of the church.”

Sacrificial love is essential – especially among those who benefit from the way things are. The hearts we have to change are first and foremost our own.

Perhaps the longest journey to God’s justice is the journey-within.

Can it be that we will not fully see the defeat of racism until we expose and address both oppression in our laws and social systems and the racism that lurks within each of us?

The boy who grew up in a segregated city was inspired by the vision of a society free of oppression. It has been a long trek, and it turns out that the changes I hoped I would see out there among us must be made both out there and within.

The triumph of courage, vision, and faith is born of love – not just human love, as Camus said – but of God’s love made flesh in Jesus and in each of our human selves. Love-applied will be a sign of that which is to come. I hope it will be tomorrow, but it may be the next day or the next.

Whatever the case, we all have work to do while we wait.