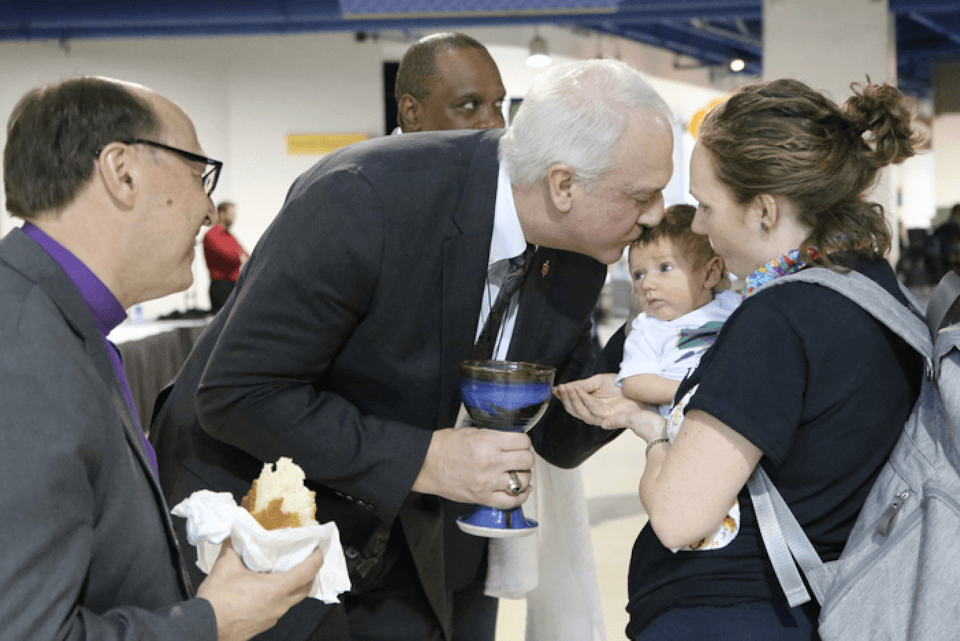 Saturday, February 23, was a Day of Prayer and Preparation at the 2019 General Conference. Bishops David Bard (left) and Thomas Bickerton serve Communion to a mom. The younger generations of The United Methodist Church became a significant theme of GC 2019. ~ mic photo/Mark Doyal

Our daily email updates and Facebook Live interviews reported GC 2019 through a Michigan lens. Here are your links to that special coverage.

Facebook Live interviews were conducted by Michigan Conference Communication Director Mark Doyal at the close of every day’s business:

Just a note of explanation about the process. For those watching, it may have appeared, as delegates moved forward day by day, that the same actions were being repeated. While that looked to be the case, it was not. Here is the summary of what the 864 delegates were doing each day:

Coverage of the 2019 General Conference and The Michigan Conference response to it will continue in our Ash Wednesday MIconnect releasing March 6, 2019.