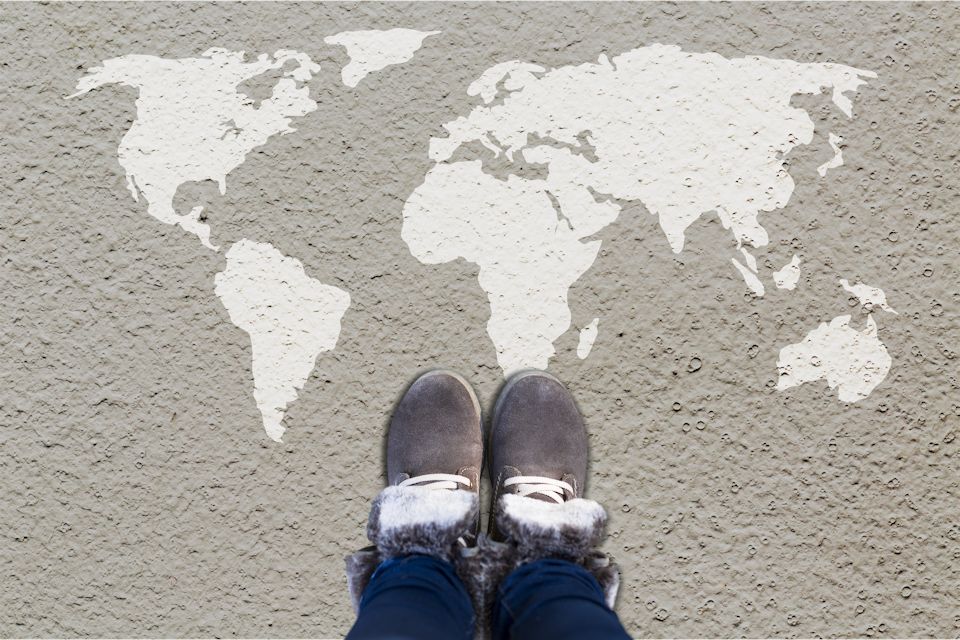 James Kang, writing for Rethink Church, says now is a once-in-a-generation opportunity to embrace the idea that ministry can happen with “a congregation of one.”

Whose permission are you waiting on to change the world?

If you really think about it, Jesus never went through any kind of credentialing program or licensing process to do what he did or be who he was. Sure, there was that one time when he went somewhere far away, starved, and then fought off the devil’s three temptations (Matthew 4:1-11). But, these days, ministers in training have to get a master’s degree, undergo psychological testing, be interviewed by many people, many times, and write many papers on many topics, all of which takes many years.

Arguably, the process today is tougher than Jesus’ ordeal. That’s not the point, though. The point is that neither the religious institutions of Jesus’ time nor the elders of his ethnic background were affirming of his identity as a talkative teenager, a so-called “rabbi,” and certainly not as “messiah.” So what he had to do was to rely upon something else in order to “make it” in ministry, affecting the spirit and lives of many people during his lifetime as well as beyond it.

Here’s the thing: Jesus was not seeking anyone’s permission to do what he did.

What he was going for, instead, was to prove himself, his perspective, and his results to others, some of whom were skeptical of him. He did this by arguing with those who were offended by him and taking care of those who needed him. Stories of both kinds, of acts of brilliant speech as well as of miraculous healing, were intended to demonstrate that he actually had divinely provided credentials to carry out his calling in life. The one catch was that what would result simply would not look like what everyone else expected.

Are you expecting this year, the next, or sometime soon to be the right time for you to make your move?

Recently (and by recently, I mean, like 60 days ago), I quit my fairly secure full-time job with the institutional church in order to pursue my entrepreneurial dreams. I did this for one key reason (among others):

I realized that every life is a ministry, that every person is a minister, and that there is a once-in-a-generation opportunity right now to build the ecosystem that was meant for people who desire to live with this attitude. That is what I have been waiting for.

You see, even through a pandemic, there are many things about church that will not change. For example, there will always be those who will gladly join a local church as a member, who enjoy meeting others in-person in the church building, and who desire to give 10% of their income to serve as the church’s firm financial foundation. There is nothing wrong with any of these things, and I hope that all of it continues for a long time.

Can you do it alone? If you are like me, you can already see how the foundation of the Church as an institution, the idea that “many make a congregation,” now sits adjacent to a companion idea of the “congregation of one.”

Here, the focus is on the individual who is able to take in the voices of many (like, a congregation), integrate them into a sensible worldview of diverse thoughts, and then apply it as a way of interpreting the world and how to respond to it in a Christ-like way. This individual, then, is networked with other individuals in a continuous conversation where everyone is both affirming and challenging each other in order to help each other make a bigger difference in the world. Sure, there is a shared sense of identity amongst those networked. But, it has less to do with beliefs and more to do with the way in which they are networked, what platform they are on to be networked, and their intention behind that.

Our contemporary American culture is dominated by stories of entrepreneurial individuals who overcome unbelievable odds to “make it.” To achieve that, they are first inspired by some great problem to solve. Then, somehow, they stumble on a viable path that they begin to pursue – a mission to accomplish. Along the way, they have to generate a great following. Some are chosen (aka “hired”) to carry forward the mission even beyond the lifetime of the founder. In the case of accomplishing their mission and achieving success, what they presumably will see is the saving of society – a conversion from a lack in some way to an abundance in another.

This is the capitalist, silicon-based technological version of a story that has been told to many people for a long time. The church tends to be judgmental, which might be the case today as well in dismissing this story as “of the world” or simply a trend.

But, if those of us who have the eyes to see and the ears to hear can somehow bear our hearts with authenticity and sincerity that every life is a ministry and every person is a minister, what both the Church and the world might realize is that this time in American history is one in which a country is explicitly calling out for an experience of the divine through the Spirit-motivated initiative of regular people like you and me.

~ James J. Kang is Head of Guidance and Co-Founder of PASTORIA, a ministry innovation consultancy, and Claremont School of Theology alum. Shared from COMPASS Newsletter, a weekly publication of Rethink Church with a focus on “Inspiration to help you find more meaning in life.” Subscribe here.