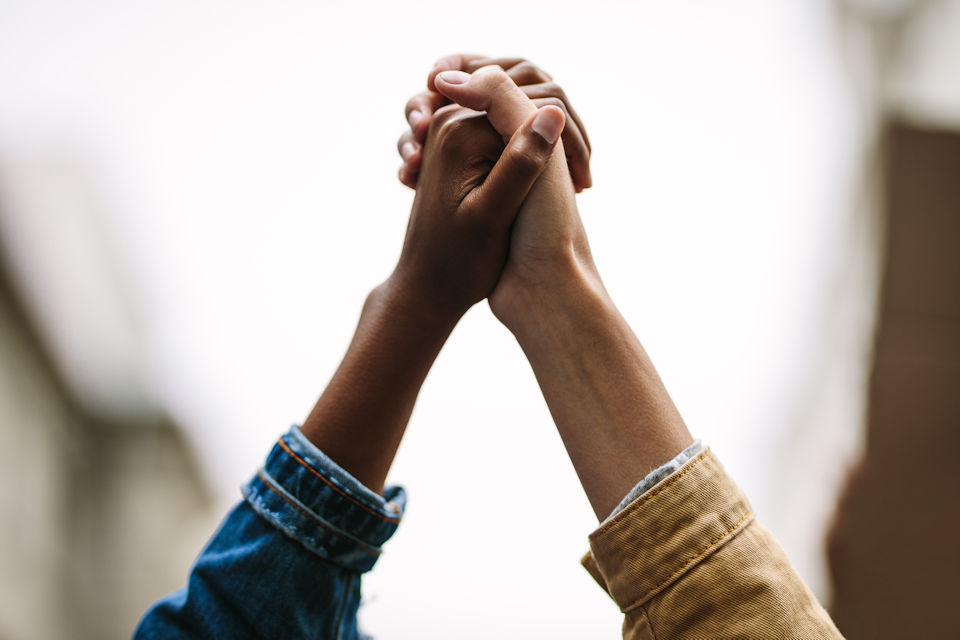 The Rev. Sondra Willobee reflects on police and protesters as she re-assembles a pair of kitchen scissors. She says, “We should look for the things that hold us together.” 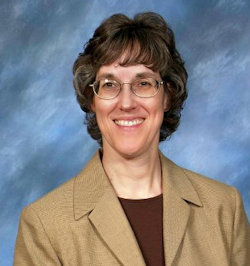 On Monday morning, while waiting for my tea water to boil and struggling to re-assemble the kitchen shears we’d taken apart to clean, I saw the headline on the article my husband was reading: “Quiet town of Chelsea divided amid calls for racial justice, support for police.”

The scissors wobbled in my hands. With morning-fog-brain, I couldn’t get the knobs on the post on one blade to line up with the corresponding hole on the other blade. I felt instantly frustrated.

Not only could I not put together the scissors, I had to deal with arguments before I had my caffeine.

The town of Chelsea was where we worshiped. The grandmother of some of the Anti-Racist Chelsea Youth belonged to our church. When she’d signed up for an anti-racism discussion group I was leading, I asked her why. She said that her grandchildren were involved in the protests. And there were three police officers in her extended family. “I just want to understand,” she said.

It struck me that the two blades of the scissors were like the opposing views described in the article. “We need both sides,” I told my husband. “We need justice for people of color. But we can’t do away with the police.”

“I haven’t heard anyone [in the Black Lives Matter movement] say we should get rid of the police,” my husband said. “But why are police showing up in full riot gear when people are peaceful? Why are they armed at all?”

In February 2006, my husband and I had visited Dublin, Ireland, where street riots had broken out following a political march. Though the Irish economy was booming, many citizens had been left behind. Building cranes spiked the city skyline—office buildings could not go up fast enough—but there was a severe shortage of affordable housing. People were waiting for years to get a two-bedroom apartment, let alone a single-family home. In downtown Dublin, rioters had picked up bricks from the building sites and hurled them at the Gardai, the Irish police. Fourteen people, including six Gardaí and a small number of journalists and photographers, were hospitalized. But there were no fatalities. In Ireland, police officers on patrol do not routinely carry guns.

Though protesters and counter-protesters had shouted at each other, most of the subsequent violence, looting and arson were attributed to persons unrelated to the political march.

As a nation, we’re fumbling to find solutions to the intractable problem of centuries-old systemic racism embedded in the laws and attitudes of our country. Lack of affordable housing also happens to be an issue in Chelsea, just one of the reasons that community is not more diverse. Those who oppose low-income housing in Chelsea cite fears that their property values will decrease and the historic flavor of the community will change.

How can we reassemble the divided halves of our nation? Perhaps we should look for the things that hold us together, like the knobs on the post in my scissors. All of us want to live in safe, prosperous, and just communities. Before exploding in frustration at each other, perhaps we should name the values we share. Like life, liberty, the pursuit of happiness.

It may also be helpful to look beyond binary thinking, to go deeper than the either/or positions often presented to us by the media. A post I saw on Facebook showed three intersecting circles. In one circle was the caption, “Supports Good Police Officers.” In another was, “Believes that Black Lives Matter.” In the third, “Upset at Police Brutality.” Where the three circles intersected was the word: ME. It’s okay to believe all three.

And, let’s be patient with ourselves and one another. Particularly since we all have moments of “fog brain,” trying to eradicate racism at the same time as we’re fighting a pandemic. As one youth quoted in the article said, this work will take a long time.

But each of us can do something right now: talk respectfully to family and friends with whom we disagree; learn about one another’s experience with racism; advocate for de-escalation training for police.

~ Republished with permission. The Rev. Sondra Willobbee is a clergyperson in The Michigan Conference, now retired and living in Pinckney, MI.