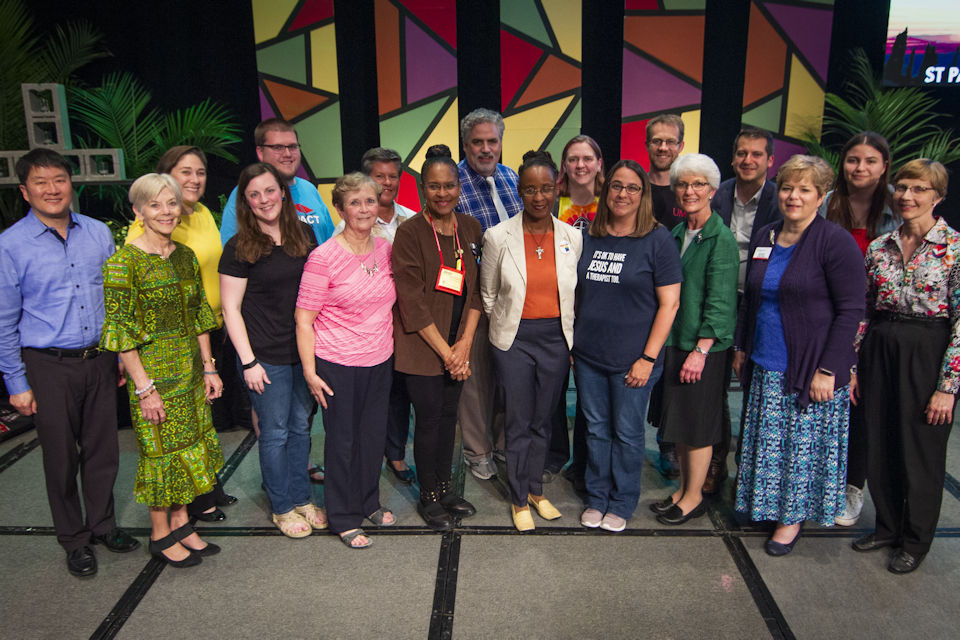 The Michigan delegation to the 2020 General Conference was elected at Annual Conference last June. For individual photos of the delegates, go to gc.michiganumc.org. ~ MIC photo/Jonathan Trites

The view of a General or Jurisdictional delegate focuses largely on politics of voting. But God’s Word informs these decisions.

General Conference is the top legislative body of The United Methodist Church. The primary purpose of the Jurisdictional Conference is the election of bishops. Both 2020 sessions promise to be historic in nature and careful, prayerful preparation is important.

So, the Michigan Delegation is already hard at work getting ready to act in faithful and spirit-led ways. Five meetings are scheduled to take place between now and GC2020 in addition to the gatherings the delegation has already had. Click here for those date. The delegation welcomes input and can be reached at [email protected].

Traditionally, the Michigan Delegation is led by the first person elected by the Annual Conference. In 2020 that’s Laura Witkowski, a lay person from Grand Rapids, who serves on the Conference Staff as Associate Director of Lay Leadership Development. She will share leadership of the delegation with the Rev. Kennetha Bigham-Tsai, the first clergy person elected. Kennetha, who lives in East Lansing, serves as the top Connectional Table officer of The United Methodist Church. Learn more about them and about all delegates here.

When delegates met on September 7, the focus of their opening devotions was theological foundations. Delegates were asked the question, “What biblical or theological image is most descriptive of this moment and the future of The United Methodist Church?

Delegates’ biblical images for the future (or both) included …

Insights and perspectives that range from Genesis to Revelation.

The prayers of The Michigan Conference go with these 20 delegates as they continue their journeys toward Minneapolis and Fort Wayne, where they will help determine the future course of The United Methodist Church.