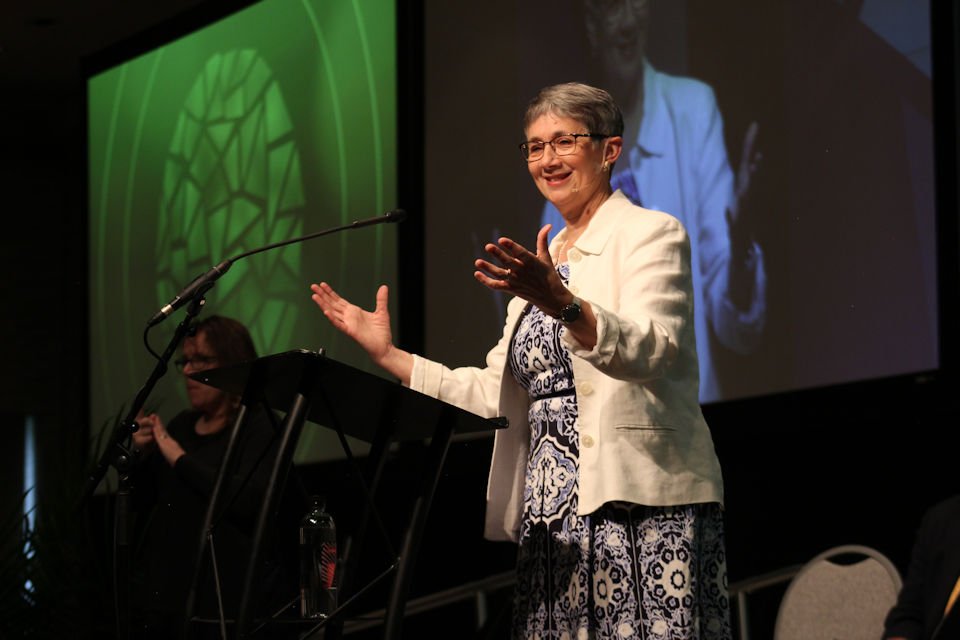 As Esther rose up to lead in “such a time as this,” these men and women rose up in 2019 in response to God’s call to serve in a stressful time.

Why would anyone choose to move toward ordination in a church which is torn by debates and possibly on the verge of schism? That question gave rise to this series of articles based on interviews with persons who were commissioned at the 2019 Michigan Annual Conference. They are now moving toward ordination as United Methodist Deacons and Elders. Perhaps the answer is found in the Old Testament story of Esther.

Esther also found herself in a time of turmoil facing the possible genocide of the Jewish people. As a young woman, she had little standing in her society and as a Jew, her life was on the line as well. But she had one thing going for her—she was in the right place at the right time as the queen of the Persian emperor. Her Uncle Mordecai gave her the challenge: “If you remain silent, relief for the Jews will come, but who knows if you haven’t come to the kingdom for such a time as this?” (Esther 4:14).  These recently commissioned Provisional Elders and Deacons have felt God’s call and have responded in faith, believing that they too are in the right place at the right time and have come to the ordained ministry for such a time as this.

The Rev. Jennifer Browne, Michigan Conference Director of Clergy Excellence, preached on this text at the recent Michigan Annual Conference.  She said, “Esther did not have everything, but she had enough.” Rev. Browne says Esther’s calling and our calling comes from within as well as from without. “It is about the Spirit of God setting us on our feet and telling us, ‘This is yours to do.’ It is the calling to be who we are and at the same time to become more than we can yet envision.”

Describing that sense of God’s calling, Browne said, “Sometimes God shows up in burning bushes, or descending doves, or blinding lightning that knocks you off your horse. Sometimes God shows up in the gaps, in the silence, in the tightening of your stomach muscles and the almost imperceptible pause for breath in which you consider in a new way just what it is you are doing here.” Regardless of how it comes, God’s call is always a summons to go and do the work which is yours to do “for such a time as this.”

The Rev. Amy Triebwasser could identify with Esther’s dilemma. She says, “I had to overcome shyness and a feeling of being unworthy to preach the Gospel. Once I decided to face down my fears by handing them over to God, I was finally ready to answer the call to pastoral ministry.” After a career as an elementary school teacher and Director of Christian Education at First United Methodist Church in Plymouth, she served as a part-time local pastor, attended  Methodist Theological School in Ohio and was commissioned as a Provisional Elder this spring. For Amy, District Superintendent Mark Spaw played the role of Esther’s Uncle Mordecai. She says, “He believed in me from the beginning and emboldened me as I went through the process.”

The latest statistics for the United Methodist Church are mixed. The Lewis Center for Church Leadership reports that 2019 saw a dramatic drop in the number of elders under 35 years old, declining from 949 in 2018 to 875 this year. That is the lowest number of young elders since 2005. However, given the overall reduction in the total number of active elders, the percentage of active elders under 35 remains at about 7%, up from a low of 5% in 2005. (“Clergy Age Trends Give Cause for Concern”, Lewis Center for Church Leadership, 10/3/2019). In part, this can be explained by the number of churches that can no longer afford a fully ordained elder resulting in the increased use of part-time and full-time Local Pastors. But the decline in younger clergy does not bode well for the long-term future of the church as the average age of clergy increases and 24% of the adult population in the USA is under 35.

In the Michigan Conference, we have seen some encouraging signs. The average age of this year’s class of ordained Elders and Deacons was  36.5, and the average age of the Provisional Deacons and Elders was 37. Initiatives like the Volunteer in Mission program and the Young Leaders Initiative have provided opportunities for youth and young adults to experience ministry in a variety of settings. But the critical component in raising up a new generation of leaders is still the local church where children and youth are first exposed to ministry and where they can be encouraged to be open to God’s call. Often a Sunday School teacher, a youth leader, choir director, or trusted pastor is the first person to say, “Have you thought about going into the ministry?”  They are the “Uncle Mordecais” God uses to offer the call.

Mordecai gave the challenge and Esther responded, “I will go, and if I perish, I perish”. We give thanks for men and women who have heard the call and responded in faith, believing that God has called them to ordained ministry in the United Methodist Church “for such a time a this.”

~ This is the final chapter in a four-part series, “For times such as this.” Earlier features include:  Time to give your best (Alex Plum and Elizabeth Hurd); Hearing God’s voice where you are (Nick Bonsky and LuAnne Hook); and God’s gift of a second career (Leslee Fritz).