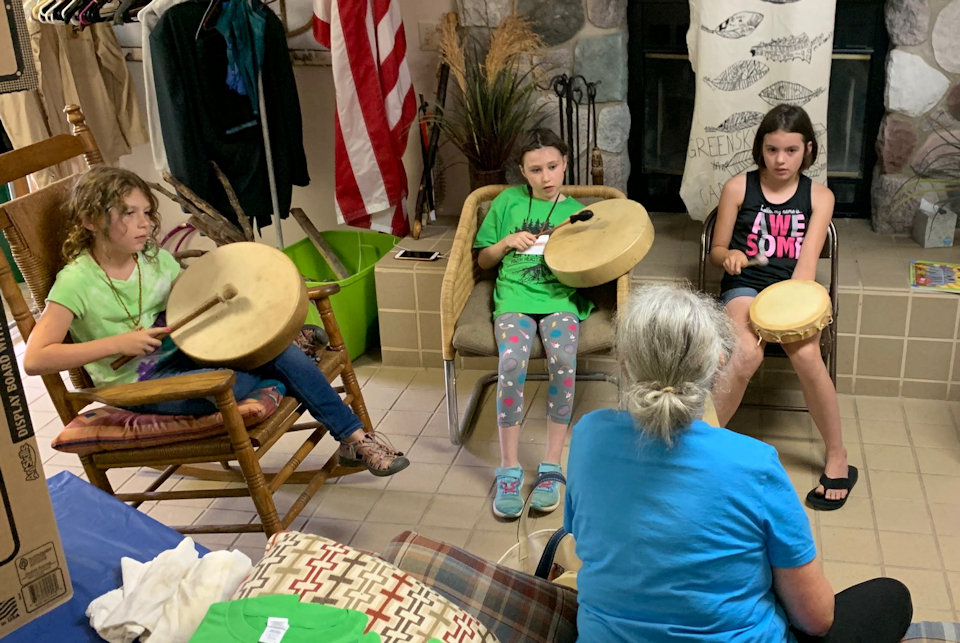 Did you know that there are eight Native American churches around the state of Michigan that sink their roots deep into United Methodist heritage? They stretch from Bradley and Salem in the south to Zeba in the north:

There are an additional three Native American Ministries included in EngageMI. They are:

Native American Heritage Month is just beginning. Take a few moments to follow these links or get in the car and follow the road to learn more about the rich Native American history of The Michigan Conference.

Why is this observance important? Mary T. Newman explains. Mary is a lifelong United Methodist. She is also a descendent of Cherokee Native Americans in the United States. Newman is an advocate for indigenous peoples. She works with the Tennessee Conference of the United Methodist Church to encourage a better understanding of Native cultures and encourage churches and individuals to recognize this rich heritage. 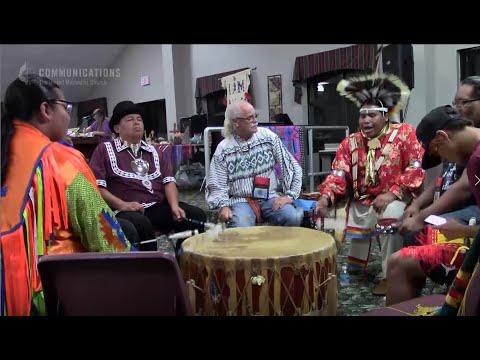 Mary T. Newman, Native Moccasin Rock Coordinator: “Native people, we’re working towards 7 generations ahead, not for just the next generation. We say 7 generations. We’re losing art and culture that is coming back to some Native tribes. But we’re also reaching people who are not Native people.”

Mary T. Newman organizes the annual Native Moccasin Rock event for the Tennessee Conference of the United Methodist Church. It’s a time for education and celebration and an opportunity for elders to pass on traditions.

Newman grew up in South Pittsburgh, Tennessee now famous for the Lodge Cast Iron skillet company. Mary’s family has been there a long time.

Mary T. Newman: “Some of my family were on the Trail of Tears and some hid. My great grandmother lived in Nickajack Cave and I played there as a child. I grew up in a little church, Wesley Methodist in South Pittsburgh. My family had a big impact there. My father sang, had a beautiful voice. One uncle made some of the furniture. And my grandfather was a metal worker where they made the skillets. And he made the crosses and the candlesticks. Methodism has been in my family all my life.”

Newman was raised in a time when showing your Native American heritage was discouraged. She’s glad to see some United Methodists churches willing to embrace tradition.

Mary T. Newman: “You’ll hear Native songs. You’ll hear Native languages. Someone asked a friend of mine, ‘What does an Indian church look like?’ He said, ‘A church full of Indians.’ It’s not necessarily all the things that somebody would say, we’ll put this on the wall or that on the wall. Your identity is not just a piece of something. It’s all just within you.”

Mary T. Newman: “Every language has a word for somebody greater than us. So I want to be able to still hear those. It’s been ingrained in us, I think, to be Methodist. And I like it. And I have friends who are traditional who say, ‘But you know, why do you have all these steps? There’s liturgy and all these readings.’ And I’m like, But ceremonies have that, too. And so I think you can make those comparisons. What is the tradition of the church is a tradition in Native spirituality. Communion. Baptism. You know, the Cherokee would take their babies to water and lift ‘em up to God. And so how close to baptism is that? You know? And so I think there’s a lot of those comparisons that you could make that would make you feel comfortable about saying I can be United Methodist, but I can worship traditionally. It’s made me really reflect on how I respond to people when they say, ‘Oh, you can’t do that.’ And I’ll say, “If Jesus were here (and I’m not saying He hasn’t been here), He would use tobacco sweet grass and sage and cedar because we didn’t have olive trees. If you look at the Book of James and you do a blessing with olive oil, the Native people a lot bless their home with tobacco and sweet grass and sage and cedar because those are our traditional sacred items. And I think Jesus would have used that.”