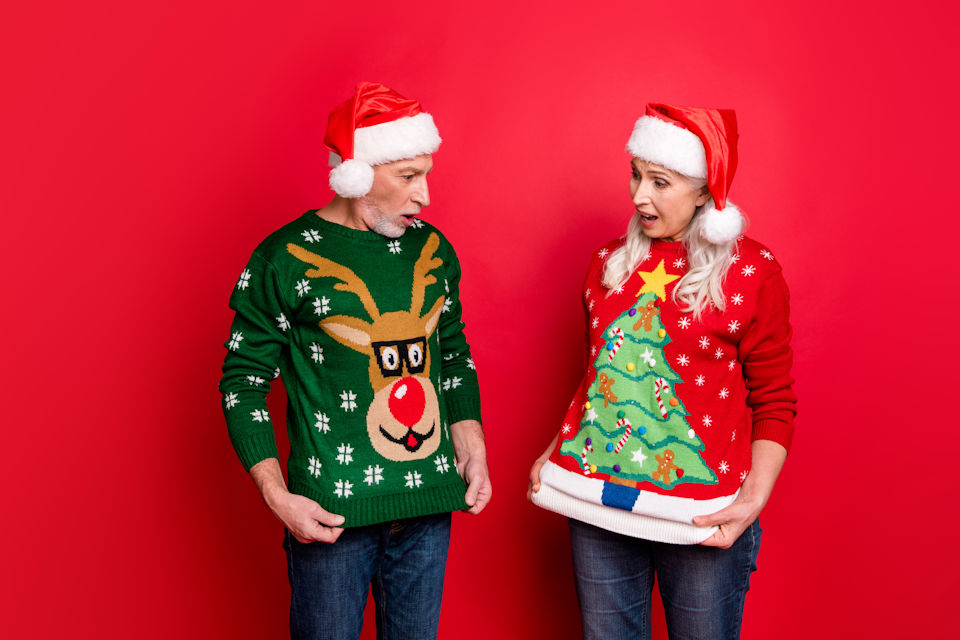 Family gatherings and traditions can sometimes cause tension. This pastor reminds us that Jesus was not without family baggage himself.

The holidays can be a little tension-filled. We are invited to gather with the people who know us best. It’s awesome and frightening. The expression that we usually deeply hurt and are hurt by the ones that are the closest to us is real. This is the season when we gather with that crowd.

We put on our best face, outfit, and get our phone ready for that Instagram post but so often we are carrying a lot of anxiety.

How do we gather with those that now cause us so much anxiety?

Sometimes we bow out: We just don’t go. We make up excuses and avoid that which we do not understand. Sometimes we do go… and just fight the whole time.

In our attempt to get a glimpse of the divine in the everyday, the question I wonder is “how do we carry the divine with us in this season while we carry so much baggage?”

We aren’t the only ones to handle family drama. In his human experience, Jesus also had a share of family baggage. Jesus had at least a few brothers and sisters (and cousins, uncles, aunts, etc…). We don’t know a lot about his siblings, except for maybe his brother James.

When Jesus was starting his ministry, his siblings were not fans of his teachings. We find a moment where the tension starts in Mark 3:21, “And when his family heard it, they went out to seize [Jesus], for they were saying… He (Jesus) is out of his mind…”  Again we see in John 7:5, “…For not even his brothers believed in him…”

Before we jump on James for not believing Jesus, think what you would say if a sibling told you they were God’s “Chosen One”. Why Mary and Joseph didn’t jump in, I’m not sure. But let’s be honest: they could have and the siblings may still not believed.

James as an adult became a religious leader in the Jewish faith. Now not only was his brother Jesus making weird accusations about being the Son of God but now it was going against James’ profession and deeply held faith belief.

All of this to say, there had to be great tension when they were around each other–a brothers’ quarrel, you might say.

Fast forward to after the resurrection and Jesus’ return to be with God the Father: it was the early days of the church. Here we witness James the brother of Jesus in a new light. Instead of being the person telling people who Jesus is not, James is now one of the top leaders in telling people that Jesus is the Son of God.

At a critical moment in the early church, the authorities started killing followers of Christ in Jerusalem and it caused all the followers of Jesus to leave.

But James stayed in Jerusalem.

So how did it get to that point? How did James go from wanting to take Jesus away because he thought Jesus had lost his mind, to now James being a believer in Jesus as the Messiah? What inspired James to stay in Jerusalem and face persecution?

The answer is in the book of 1 Corinthians in the Bible. In the 15th chapter, Paul, the writer of this book, is telling the resurrection story of Jesus. Paul records several people who encountered the resurrected Jesus. Verse 7 says, “Then he (Jesus) appeared to James.”

James would have still deeply grieved the loss of his brother. Jesus made a point to go find his brother.  This encounter changes James’s life.

So what can we learn from Jesus in his relationship with James, his brother, that we can take into this holiday season?

We have to show up. We can’t mend the relationships if we don’t show up. It’s not easy, but it’s necessary.

We have to allow the love that we have for our family and friends to be the thing that empowers us. The past baggage is real weight laying over the love of the past. Love is the only thing that will draw us towards one another.

Grace is a gift. It is the strength to get up after we have fallen. It is the strength given to keep going forward. Jesus poured out his grace on this broken relationship with his brother that caused it to be brought back together and stronger than ever.

If we can show up, let love lead, and pour grace out over the situations we are walking into I believe this holiday season can be one filled with joy, laughter, new memories, and love.

I believe Jesus is in the business of not making bad things good, but raising dead things to life.

~ Pierce Drake is the co-host of the Compass Podcast and serves as a pastor at Providence United Methodist Church. For over 10 years, Pierce has served churches both in the US and abroad. Pierce received his Bachelor of Arts in Biblical Studies from Reinhardt University. When he is not outside, Pierce is always binge-watching “The Office” on Netflix. He lives just outside Nashville, Tennessee, with his wife, Claire, daughter, Emmie Jo, and their mini-Australian Shepherd, Pippa.