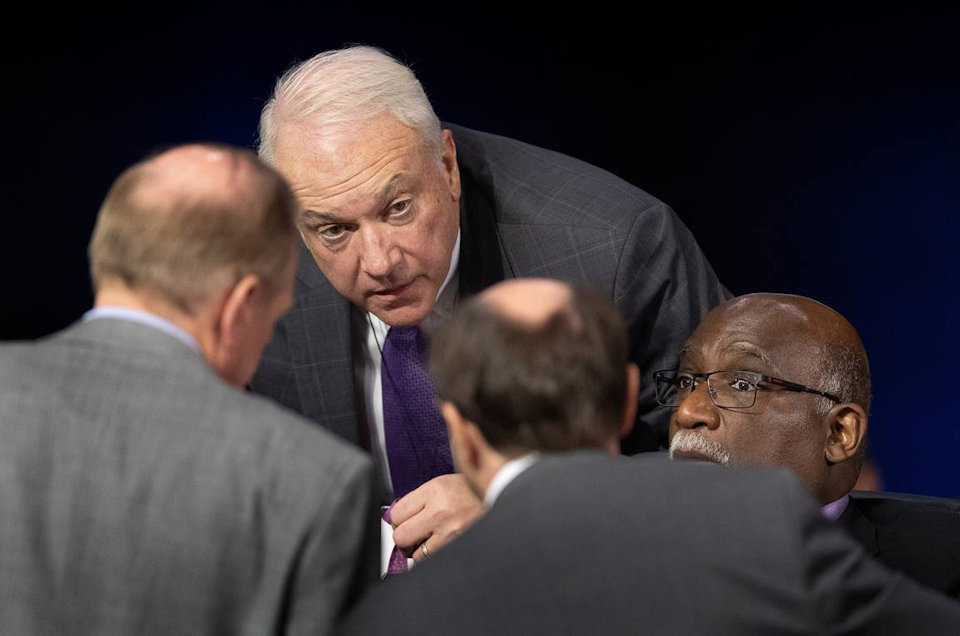 Because of voting irregularities, the legislation passed at GC 2019, concerning churches leaving the denomination, is under question. Bishop Bard claries the effect for Michigan.

To summarize. In the statement the Commission concluded that, “the investigation found credible objective evidence that four ineligible persons cast votes using the credentials of delegates who were not present.”  Furthermore, while “the disaffiliation petition passed 420-390, too large a margin to have been impacted”… “the vote to substitute the minority report for the legislative committee report, which is the action that enabled plenary voting on the disaffiliation petition, passed by only two votes… .  Having found sufficient evidence that there were invalid votes that potentially affected the result of the vote, the Commission determined that the vote to substitute the minority report is void.”

The Commission on the General Conference has also asked the Council of Bishops to request further clarification of this matter from the Judicial Council.

What this means is that it is likely that the new paragraph 2553 in The Discipline — specifying a process for local churches to disaffiliate from The United Methodist Church for reasons related to human sexuality — will be found null and void. However, one portion of that paragraph, dealing with pension liability, was passed independently, and so remains in effect.

While this leaves United Methodist churches without a clearly defined disciplinary process for disaffiliation, it is my intention to use the process developed by our Conference Trustees as a framework for working with congregations who may wish to disaffiliate.  I will continue to work with our Trustees and other conference leaders to that end.

I would also like to re-state my strong hope that most congregations will choose to remain part of The United Methodist Church in the coming months, as I think fruitful conversations about new structures for United Methodism will lead to the creation of necessary space for congregations to more freely provide the kinds of ministry they feel called to offer in the name of Jesus Christ.

READ MORE about the results of the investigation by the Commission on General Conference.