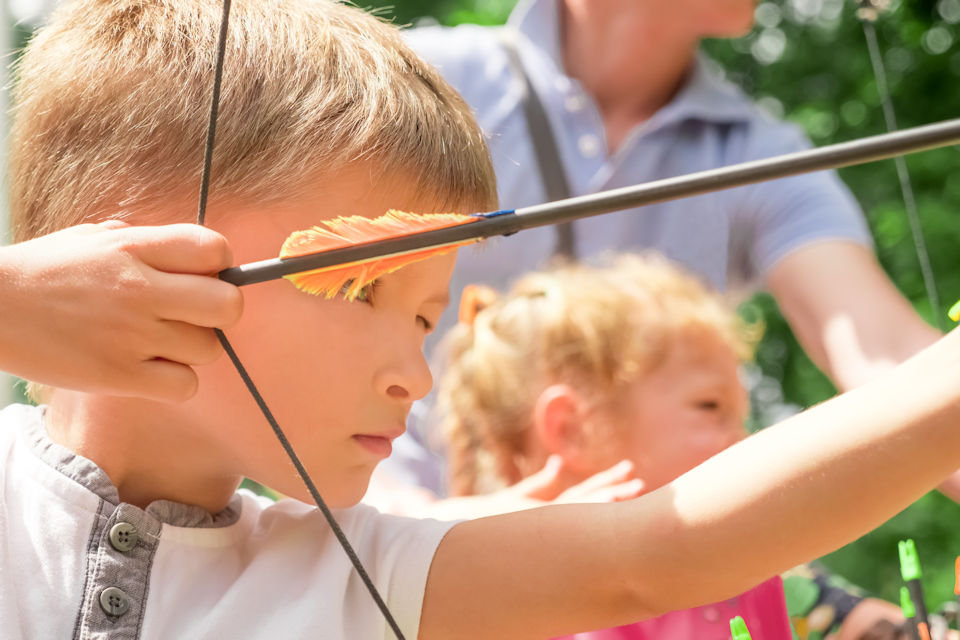 Aiming is always important in life when shooting an arrow, writing a book, or loving people like Jesus loved people. His target was always incredible love. 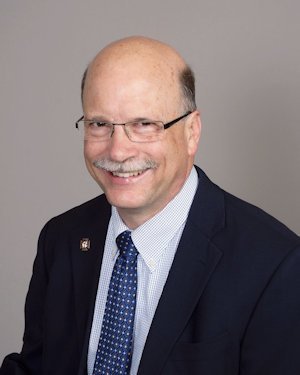 Steve, my middle school YMCA Summer Camp Instructor, first introduced me to the 10,000-year-old sport of archery. “The purpose of archery is to hit the target. With practice, coaching, good posture, and the right equipment you should be able to hit the target with regularity even with changing distances, angles, and conditions.”

This early advice and practice in aiming for and hitting the target have had multiple applications for later life disciplines.

For example, I was reminded of my early lessons in archery targeting when an editor for a publishing house speaking at a writer’s conference posed this question, “Who is your book for?”

She continued. “Every book needs a target audience. The more specific you are in the aim of your writing, the more likely you are to reach your potential readers. If you say that your book is intended ‘for everybody,’ then I will tell you we are not interested in your book. Publishers have to make a significant financial investment in any aspiring author and need to have a sense we will recoup our investment. We need to target our promotion to those readers who are most likely to read your book if you address a specific personal interest of theirs. Different publishers specialize in reaching different audiences.”

With her business wisdom, she advised, “Who are you most passionate about reaching with your book? When thinking of your interests and experiences, who are you best equipped to reach with your message?”

The lessons learned about focus and aim of my writing in the direction of the specific audience I was most passionate to reach helped me to rewrite and publish my book, God Incidents: Real-Life Stories to Strengthen and Restore Your Faith. This book is aimed to help persons who are struggling with issues of faith and for persons who wish to help others deal with their doubts about faith.

Advice about aiming at the target also holds true for ministry. Successful ministries are often led by passionate people who understand the target of their service such as mentoring at-risk children, resettlement for refugees, or job skills training to help meet the needs of the homeless. Serving different churches has taught me that ministry targets vary and depend upon the circumstances of the community and the varied gifts of each congregation.

The wisdom about aiming for the target came back to me yet again while I recently watched a televised national debate featuring leading candidates for President.  Each of them in their own way was clearly aiming their focused message on issues of consequence and hoping to connect with a large enough target audience to capture votes, donations, and allegiance. Each message was aimed to impress identified market segments. Answers fit the time-limited TV format, concise and to the point as if practiced for a short elevator ride with a captive audience.

With these multiple life experiences on the importance of aiming toward a target still fresh in my mind, I heard familiar words from scripture shared in church on Sunday in a new way.

Jesus’ Beatitudes (Matthew 5:3-12) have been recorded by his disciple Matthew. Matthew, formerly a despised tax collector, found acceptance and purpose as a new follower of Jesus (Matthew 9:9-13). Jesus’ words hit the target in Matthew’s heart. Matthew was inspired to share Jesus’ teaching with others.

Jesus’ Beatitudes are revolutionary. They reveal God’s aims. I don’t want to miss this message or its importance for my life. I want to practice aiming my life after Jesus’ directing.

For the sake of our own aiming, it is helpful to remember the Beatitude’s historical context.

During the lifetime of Jesus, the people of Israel (Judea) were living under the dominance of the Roman Empire. Rebels against Roman rule were often executed by public crucifixion to preserve order through intimidation and fear. That imperial rule was administered in Judea during Jesus’ life first by Herod the Great and later by surviving sons.

Below is a map highlighting the vast administrative reach of the Roman Empire at the time of Jesus.

Herod the Great was an Edomite. The Edomites were tribal descendants of Esau, who was born roughly 1873 years earlier. Esau is remembered in the book of Genesis (Chapters 25-33) as the disappointed but assertive and physically stronger twin sibling rival of his brother Jacob (Israel). This brotherly rivalry led to a jealous fracture in family relations which never completely healed. The Edomites are later blamed in the Bible for their betrayal of Jerusalem during the fall of the city to the Babylonians in 586 B.C. which led the Judean survivors into more than a generation of bitter slavery in Babylon. The toxic memories and profound grief of the Judean survivors from the Babylonian exile are found in Jeremiah’s account of the disaster in the book of Lamentations. The memory of the Edomite betrayal during Jerusalem’s fall to the Babylonians is found in one of the Bible’s most vengeful verses, Psalm 137:9: Happy shall he be who takes your little ones and dashes them against the rock!

Those first hearers of the Beatitudes, Israelite descendants of Jacob, more than five centuries after their bitter Babylonian slavery were now ruled at the time of Jesus by a family of Edomites. Herod the Great is remembered as a prolific builder of fortresses, monuments, and palaces for himself. He is also remembered as a ruthless leader. Matthew’s Gospel tells how Herod the Great massacred innocent baby boys when he heard of the birth in Bethlehem of a rival potential heir to his throne (Matthew 2:16-18). The first-century Jewish historian Josephus remembers that Herod the Great also had two of his own sons put to death for plotting against his rule.

When Herod the Great died a few years after the birth of Jesus, rule over the region was divided by Rome among his three remaining sons. Herod Antipas, son of Herod the Great, became tetrarch of Galilee and was in charge of the region where Jesus was raised and spent much of his ministry. Herod Antipas is remembered for stealing his brother’s wife, Herodias, to make her his queen. When John the Baptist dared to publicly name this act “adultery” and call publicly for Herod Antipas to repent, Herod Antipas arrested John the Baptist (Matthew 4:12) and later beheaded this beloved prophet (Matthew 14:1-12).  Speaking unpleasant truth to power was a dangerous venture. Herod Antipas also played a role in the trial and crucifixion of Jesus (Luke 23:6-12).

The Bible and Josephus describe a divided society at the time of Jesus. Citizens were allowed entrance to worship in Jerusalem’s great temple only if they were Jewish, male, circumcised, healthy, and in good moral standing with the community. Requirements of keeping God’s commandments, following a kosher diet, maintaining ritual purity, and avoiding associations with unclean persons all worked to give definition to community. Persons who did not meet the high standards for social and spiritual acceptance were prevented from entering the sacred inner court of the Temple under penalty of death.

While clear rules help us to remember the privileged and spiritually acceptable in the time of Jesus, many other persons are identified in the Bible as belonging to socially excluded groups. Samaritans, lepers, cripples, tax collectors (collaborators with Rome), uncircumcised Gentiles, foreign women, the mentally ill, blind persons, the poor, and women of ill repute are each identified as persons who were avoided. Persons excluded from acceptance then as now know about life on the margins of society.

Jesus takes direct aim at a defined target audience with the Beatitudes. Our English translation of Jesus’ first word in this message is blessed. In the original New Testament Greek, the word blessed is makarios, which means perfect and complete in every way.

Jesus then goes on to describe those who are on God’s list of blessed persons. Jesus’ list does not mention persons who are considered blessed when measured by worldly values. The rich, the well-fed, the athletic, the educated elite, or those born into status and privilege are not mentioned by Jesus.

In a stunning surprise, Jesus confounds social expectations in his Beatitudes. Jesus raises up persons in eight categories for inclusion in God’s surprising and revolutionary blessed list: 1) the poor in spirit, 2) the grieving, 3) the meek, 4) those who hunger and thirst for righteousness, 5) the merciful, 6) the pure in heart, 7) peacemakers, and 8) those who are persecuted for doing good things in Jesus’ name. Jesus makes no mention of race, gender, nationality, or religion as important qualities for God’s gracious declaration of blessedness.

Jesus speaks directly to people who are not invited to participate in decision-making councils. He targets an audience familiar with pain and disappointment, who live in continual insecurity, who understand the shame and extreme loneliness of social exclusion, who may suffer from low self-esteem, and who may be victimized by their proximity to conflict. Aiming clearly, he tells them that in God’s eyes they matter! In God’s plans, they are loved. They have an eternal value that does not depend on social standards. Jesus imparts hope. He gives legitimacy. He bestows grace. He defines life’s purpose in words that are still cherished by millions.

People who live inside Jesus’ target are blessed by the very Son of God. They can live with confidence, assured of a place in God’s eternal plans for life no matter how the world may judge them. If we want to aim for God’s target as described in the Beatitudes we too will value the least, risk peacemaking in conflict, stand with the weak, comfort the bereaved, and defend what is right over what might be most profitable to the powerful.

The Beatitudes help us all to know Jesus’ target of incredible love. Life’s greatest purpose is to love God and neighbor just as Jesus loves each of us.

May we aim our best in the direction Jesus has identified as blessed. In faith as in archery, it is more satisfying to hit the target than to miss.