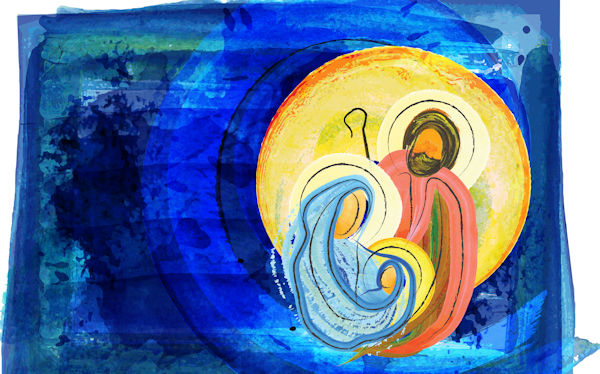 Advent is about holding firm on our commitment to model the Kingdom of God.

For seven years, Samuel Wells held forth from the great pulpit of the Duke University Chapel.  In 2012, he returned to his native England to become the Rector of St. Martin-in-the-fields on the corner of Trafalgar Square in the heart of London. This week he wrote about his reaction to the Brexit vote and in many ways, he could have been writing about America in the aftermath of our recent election. Wells said, “From cosmopolitan London, it was hard not to see a harsher, more intolerant, less inclusive future for the United Kingdom. Listening to the campaign felt at times like discovering secrets about one’s family one didn’t want to know, and that in the privileged location of central London, one could pretend weren’t true.”

But then he describes his congregation which has staff members from 25 different countries, a rich mix in its membership and a broad ministry in the city. For his staff and his congregation, he said it is time “…to turn anger, grief and dismay into renewed ministry and mission. I pray that the U.K. finds a kinder, gentler way of talking about immigration. But if it doesn’t, St. Martin’s must remain a place of hospitality and belonging to those on whom our society has turned its back. I pray that the U.K. continues to be a model of tolerance, diversity and respect. But if it doesn’t St. Martin’s will still seek to be a blessing to all in our country. It may be that a witness like ours can begin to heal our country and inspire it to take a different, more inclusive and more hopeful direction. But even if it doesn’t, we’re going to do it anyway. (Christian Century, December 7, 2016, page 35)

And to that I would shout, as they say across the pond, “Hear! Hear!”

In the light of the angry rhetoric of our presidential campaign and the rise of hate crimes following in its wake, it is easy for those of us who claim the name of Christ to become despondent and discouraged, wondering if our work will do any good. We recently had dinner with some dear friends who are still reeling from the results of the election and the ensuing spirit which seems to have engulfed our nation. They fear that their commitment to each other will not be recognized as a valid form of love and that the vision of the “Beloved Community” which includes all of God’s people has been lost. But for those who follow the Christ, our mission hasn’t changed. Our desire to see the values of the Kingdom played out in the human community is still the same. The Biblical vision of a world where the wolf will lay down with the lamb and a little child will lead them still inspires us. Holding on to the promise and modeling the Kingdom is still our calling and it is more important now than ever.

And that is, of course, the message of Advent. Into a dark world, the light still comes, the light still shines and the promise is that the darkness will never overcome it. Into Herod’s world, a world of unfair taxation and forced registration, the Baby is born. Into a world where Bethlehem’s children are slaughtered and a young couple with the new-born Son are forced into exile to live the first three years of his life as refugees, the Word was made flesh. Into that kind of a world, the task of the church is still to be a witness to the promise that one day hatred, bigotry and war will give way to brother/sisterhood and peace. Our task is to witness to the One who died for the sake of the whole world and calls us to the work of reconciliation. Our job is still the same.

If by our work and witness we can bring the vision of Advent and the Prophets a little bit closer, to God be the glory. But even if it doesn’t, we’re going to do it anyway because we are the people of Advent, the people of hope and healing and wholeness. That’s what it means to wait and work for the coming of the Christ…until he comes again. At the point in the communion liturgy where we lift the bread and cup and say we will do this “…until he comes in final victory and we feast at his heavenly banquet”, my Pastor always adds with a twinkle in her eye, “…and my friends, he will surely come again.”

At this point in Advent after Brexit and an election, Sam Wells says it best:  “It may be that a witness like ours can begin to heal our country and inspire it to take a different, more inclusive and hopeful direction.  But even if it doesn’t we’re going to do it anyway.”