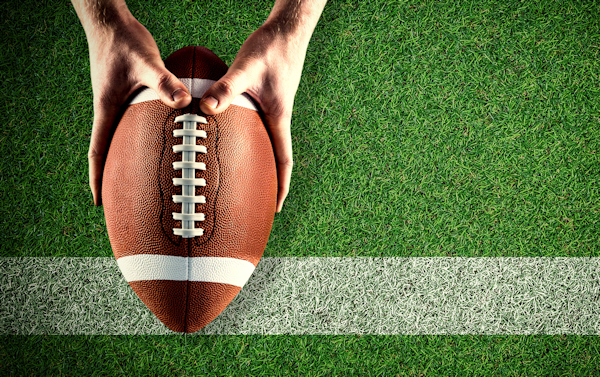 Each article I write for this column is based in the guidance of particular Scripture passages.
“If you make my Word your home, you will indeed be my disciples.  You will know the truth and the truth will set you free.” (John 8:13 New Jerusalem Bible)

I have found this month’s message difficult to write because of the conflicting values I encounter.  My life’s guiding values are rooted in Scripture passages such as, “We are blessed to be a blessing.” (Genesis 12:2); “I have plans for you to prosper… a future with hope.” (Jer. 29:11); “With God, nothing is impossible.” (Luke 1:37); “God will provide according to God’s abundant greatness.” (Philippians 4:19)

I am also aware that Scripture also points to our living within our means.  “For which of you, wanting to build a tower, doesn’t first sit down and calculate the cost to see if he has enough to complete it?” (Luke 14:28)

The current financial realities in the West Michigan Conference cause these guiding values to be in tension with one another.  Congregations have needed to discontinue for a variety of reasons, but primarily because they have diminished to a point of too few people.  Persons who have faithfully been financially generous through the years are dying. The economic reality of many has not improved significantly since the major decline of several years ago. Some persons seem to choose to withhold their giving to their local congregation as what may be perceived as a statement of “no confidence” in their pastor, their congregation’s leadership, the Conference, or the General Church.  Yet who really knows because few will honestly communicate why they are trying to hold the Church hostage by their withholding of giving or what they hope to accomplish as a result of it.

So the net result of this “counting the costs” for the Conference Budget is significant reductions in spending and the consequence that means for many ministries. Here are the implications:

CFA will meet March 21 to finalize its 2017 Budget proposal to the Annual Conference.

Here’s what I don’t understand.  “Why does a congregation pay 0% in their Ministry Shares?”  They have said, “No” to the following Global and General Church Ministries: Missionaries, United Methodist Colleges, Universities, hospitals and orphanages.  They have said “No” to racial justice, discipleship, lay/clergy training and credentialing along with communications and the support of our episcopal leaders.

“Just because the stats are bad and the trend is not promising, God is not the least bit finished with us!“

When Ministry Shares go unpaid the implication to the Conference is that many of our most vulnerable persons and key ministries that are targeted to help with growth have to be curtailed.  They include:  Missions, Camping, Wesley Campus Ministry, Church Vitality and Transformation, New Church Starts, Communication, the support of our Native American, Hispanic/Latino, Vietnamese, Korean and African American Congregations.  Resources not provided have already meant the reduction of one District Superintendent position which places a significant burden on other leaders and has implications for the churches across all the districts.

Here is what I expect; grief and all the accompanying traits of shock/denial, anger, bargaining, blame, debilitation and acceptance.  Major financial reductions cause a grief from the loss of possibilities, positions and programs.  This moment in time also gives us the opportunity to write a new narrative of God’s promises made real and to learn from our mistakes.

A lot of conversations this week have to do with football.  Here is one quick personal anecdote.  I was both a high school quarterback success and failure.  As a sophomore, I was fortunate to play quarterback on a team with many experienced upper classman and a committed and creative coaching staff who let me take risks.  The success was the team had the best school record to date at that time.  We won six games, tied one game and lost only once.  The next couple years were not quite as successful but they were still winning seasons.  Due to great blocking by guys with names like Collier, Reed, Hoover, Plum and receivers like McGarvey, Miller, Doan, Gusinsky and Fryt, we set all kinds of team and personal passing, receiving and touchdown records.  What was the failure?  At the end of my high school football years, in 1973, I held all the records for interceptions:  most in a game; a season and career!

Woody Hayes, longtime Ohio State coach, who mostly had his teams run the football, was often quoted as saying, “When you pass there are three things that can happen and two of them aren’t good.” (Incomplete and intercepted for all you non-football types.)  Shifting to another sport, Michael Jordan, great basketball star, often reminded people, “You will miss 100% of all the shots you don’t’ take.”

My point, you ask?  Just because the stats are bad and the trend is not promising, God is not the least bit finished with us!

There are still persons who have yet to try tithing and discover the abundance of God’s economy.

There are new ministries possible to help congregations reach more people, younger people and more diverse people if we are willing to risk, make mistakes, learn from them, make changes and move on.

Dave Ramsey is a noted financial advisor.  His Financial Peace courses have changed the financial lives of countless people.  He regularly reminds people to live within their means with his motto “Live like no other, so that you can live like no other.”  He consistently encourages tithing and he motivates persons who are not satisfied with the lifestyle that their current income allows to take the initiative to seek and earn more income.

John Wesley’s legacy, that follows the same pattern, is “Earn all you can; Save all you can; Give all you can.”  Many a sermon has been preached, and points made, depending on where you place the emphasis.

We believe in God who “Owns that cattle on a thousand hills (Psalm 50:10).” We worship God who can do the miraculous, who triumphs over the power of death with life and life eternal!

I believe that as a Conference we will both live within our means, and we will indeed continue to take the steps of faith and accountability to help us discover a new level of generosity and blessing.