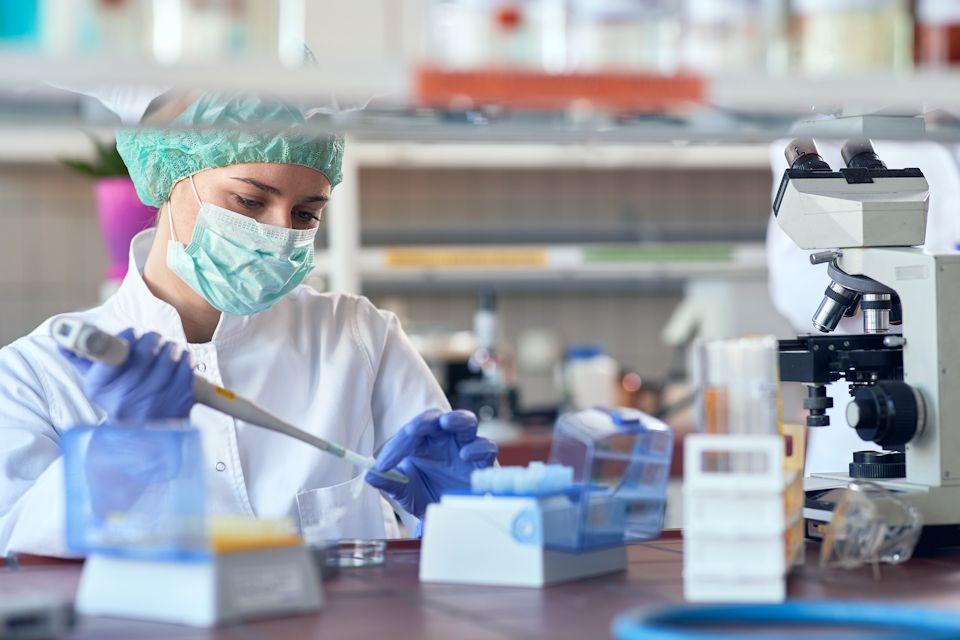 This Faithlink feature explores Advent themes and the “different kind of waiting” that the anticipated promise of a COVID-19 vaccine has generated.

Potentially good news at the holidays.

It was the announcement we’d been waiting for since the world shut down in March. A promising vaccine is on the way that has the potential to protect from the COVID-19 virus that continues its deadly spread. Using new techniques to build their vaccine candidate, Pfizer and the German company BioNTech announced that initial clinical trials showed their offering proved effective in at least 90% of participants. Just one week later, another biotech company, Moderna, announced their own initial results, which suggested their experimental vaccine was 94.5% effective in preventing the disease.

As people across the nation make plans for smaller and altered holiday celebrations, with many separated from friends and loved ones, this news offers hope and spurs new questions. Will the Food and Drug Administration (FDA) grant an Emergency Use Authorization so that vaccines can get out to people quickly? (They have not as of this writing.) How will these vaccines be distributed, and who will receive them first? How effective will they turn out to be? How willing are people to receive the vaccine?

As we enter the season of Advent, a time of anticipation and expectation centered on the coming of a long-awaited Savior, the vaccine news provides us with a different kind of waiting. How can the themes of Advent help us approach the coming of a vaccine? What does faithful waiting look like?

The early numbers included in the PfizerBioNTech press release on November 9, 2020, were eye-popping. Beyond the high effectiveness rate, the trials had seen no serious safety concerns among a diverse group of recipients. The companies estimated they could produce up to 50 million vaccine doses globally in 2020 and up to 1.3 billion in 2021.

All of this is promising, but the Pfizer vaccine also has some serious challenges to overcome. Even though it can be produced quickly, thanks to a new vaccine technology, getting it to people who need the vaccine and administering it involves a logistical feat never before faced with vaccines.

The primary limitation is the fragility of the vaccine doses, which have to be frozen at -94 degrees Fahrenheit and, once thawed, must be used within five days at normal refrigeration temperatures. These ultracold conditions are extremely difficult to maintain and, as Sarah Zhang reports in The Atlantic, are “nearly impossible to maintain outside of a large hospital or academic center with specialized freezers.” In rural areas, far from such facilities, this poses a special problem. Pfizer has developed special shipment packages that can be replenished with dry ice to help with the solution. The Moderna vaccine has an advantage in this regard. It can last for thirty days refrigerated once thawed and must only be frozen at -4 degrees Fahrenheit during shipping.

Both of the vaccines also require a two-dose administration. The second dose must come 21 days following the first for the PfizerBioNTech vaccine, or 28 days later in the case of the Moderna vaccine. Keeping track of that timeline will be a challenge for individuals and health agencies.

Another looming challenge is the question of who will receive a vaccine first. Healthcare workers are at the top of most lists since they contact at-risk populations and persons who have contracted the virus. According to ProPublica, the Illinois state distribution plan would include these workers and people 65 years and older in the first groups to be immunized. But as Glenda Lee Young, a nurse at the Mt. Vernon Countryside Manor in rural southern Illinois, put it, “Our people would not travel. . . . If a vaccine becomes available, it would have to come to us.”

As the ProPublica article suggests, even if a vaccine is available soon, distribution will involve creating a complex system: “The problem with waiting for details on the vaccine to be revealed is that mass immunization is a multilayered process, involving public communication campaigns, ordering of equipment, hiring of staff, training of vaccine providers and the added complexity, in this pandemic, of making sure all vaccine sites are safe and won’t contribute to the spread.”

This all assumes one system for one vaccine. In addition to Pfizer-BioNTech and Moderna, other vaccine trials are nearing completion using other manufacturing techniques. This means that there will soon be multiple vaccines with different storage and dosage requirements. One vaccine by Johnson & Johnson is attractive because it will not have to be frozen and given in a single dose. Such a vaccine would be useful in parts of the world where ultracold storage is not an option.

Advent signs of the Kingdom

The 21st-century world, even in the midst of a pandemic, does not share much in common with the world of the Roman Empire in the first century. Nevertheless, there are some similarities. Like the Roman world, we struggle with a lack of trust in our rulers, ongoing injustice, and apocalyptic expectations. While news of a vaccine is a welcome development for many, it is also unclear what sort of reception any vaccine will ultimately receive.

The message of the coming Messiah was especially good news for those who lived on the margins, who were overlooked by the powerful, and who longed for a different kind of kingdom. Those who waited on that kind of Savior waited hopefully by reminding themselves of God’s promises and intentions and expecting their fulfillment. They could celebrate small signs of that kingdom but awaited its full emergence.

The vaccine we have been waiting for can be seen, not as the answer, but as one of those signs. Its success will depend on a healthy community that can use scientists’ skills, the logistical know-how of governments and other institutions, the communication gifts of leaders, and the cooperative spirit of many others to get vaccines to all who need them. There are challenges ahead, but they are challenges we face as people of hope.

Though it may seem a long time coming, the development of a seemingly successful vaccine only 11 months after most of us first heard about COVID-19 is remarkably fast. The first vaccine announced in November depends on a new technology that uses a manufactured messenger RNA molecule (mRNA) to trigger the immune system to make antibodies against the virus. Because the mRNA does not contain the rest of the virus, the vaccinated person does not become infected.

Much of the Pfizer-BioNTech vaccine’s success can be traced to two Turkish-born German scientists who form a husband-wife team that previously worked on cancer treatments. Dr. Özlem Türeci and her husband, Dr. Ugur Sahin, began the BioNTech company and partnered with Pfizer in the spring to bring a product to market.

Dr. Sahin began work on a vaccine in January, soon after hearing about the novel coronavirus. As The New York Times reported, Sahin said, “There are not too many companies on the planet which have the capacity and the competence to do it so fast as we can do it. . . . So it felt not like an opportunity, but a duty to do it, because I realized we could be among the first coming up with a vaccine.”

Sahin recognizes the importance and uniqueness of the global partnership that led to this discovery. Referring to Pfizer’s Greek chief executive, Sahin said, “We realized that he is from Greece and that I’m from Turkey,” two traditional enemies. Nevertheless, scientists became close because of the importance of this project.

~ This Ministry Matters feature is excerpted from FaithLink, a weekly downloadable discussion guide. Faithlink, a resource of the United Methodist Publishing House, helps classes and small groups deal with daily headlines and life experiences from a biblical and spiritual perspective. Other recent units include Mental Health in the Pandemic, Predicting the Future, and Lessons from Another Pandemic.