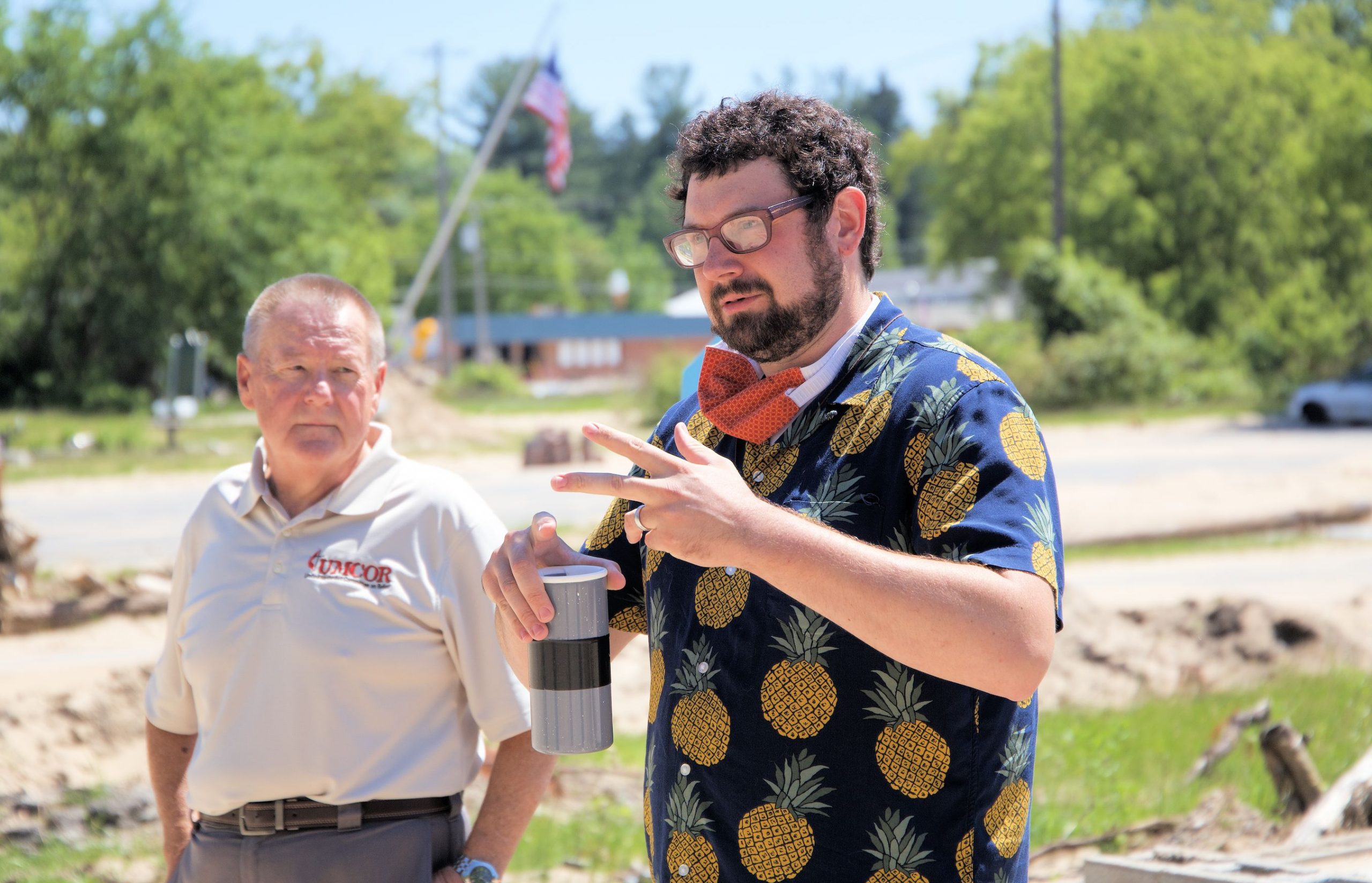 As flooding, storms, and wildfires impacted communities across the United States this year, the United Methodist Committee on Relief reached out to assist those in the most need, bringing hope amid the destruction. In total, UMCOR’s U.S. Disaster Response unit has responded to 101 unique emergencies.

Jackie Wheeler, a 74-year-old retired United Methodist elder, got emotional as he described the devastation of the tornado that ripped through Putnam County, Tennessee, where all the buildings on his four-acre farm were destroyed. “I’m taking it one hour at a time. That’s all I can do,” he said two days after the storm. “The Lord saw me through it, and he’ll see me through the rest of it. It’s going to be difficult.”

In the early morning hours of March 3, 2020, a line of storms moved across Middle Tennessee spawning three tornadoes over a 150-mile stretch including metropolitan Nashville. At least 22 people died, 19 in Putnam County alone. United Methodist churches sustained devastating losses of people and property – more than any other denomination – but UMCOR helped people recover regardless of their affiliation.

UMCOR provided $100,000 in funding to assist more than 1,500 survivors and 400 households with long-term unmet needs. “After the news cycle is over, there’s still going to be United Methodists helping to restore healing and hope to this community,” said Donna Parramore, superintendent of the Tennessee Conference’s Caney Fork River District, which includes Putnam County.

In the early morning hours of Easter Sunday 2020, a tornado stayed on the ground in Hampton County, South Carolina, for nearly 24 miles, with maximum sustained winds of up to 165 miles per hour. In all, 20 tornadoes touched down. Nine people were killed, 150 homes destroyed and nearly 1,500 homes were damaged.

“Families around the state have lost homes, jobs and even loved ones,” said Matt Brodie, disaster response coordinator for the South Carolina Conference. Despite the threat of the COVID-19 pandemic, volunteers arrived immediately after the storm to clear debris, remove trees from homes, and place tarps on damaged roofs. UMCOR awarded $100,000 in assistance to provide roof repair for uninsured and under-insured residents in partnership with long-term recovery groups and local churches.

Another tornado touched down on Easter near Reece City, Alabama, where 16.8% of the population live below the poverty line. UMCOR assistance there is helping the North Alabama Conference in recovery efforts for seven households.

Water of unrelenting force in Michigan

After days of heavy rain caused two dams to breach and the evacuation of 10,000 residents, Michigan Area Bishop David Bard walked the streets of Sanford, Michigan, where he found utter devastation. Amid bicycles and bathtubs dangling from trees and crushed cars and mangled roads, pipes and cement slabs were the only signs of where homes once stood.

“Most of us have a picture in our mind of what flooding looks like,” Bard said. “The water rises up and stays a while before receding. But this looks more like the damage from a massive tornado than a flood.” If there is good news to be had among so much ruin, it’s that not a single life was lost.

The Michigan Conference anticipates it will take 18 to 24 months to complete repairs and rebuilds in the community. A large-scale UMCOR disaster recovery grant of $100,000 will support case management coordination by the conference for 120 households through July 2021.

In the South, the February Pearl River flood affected 13 counties in Mississippi, and in June, Gilberton, Pennsylvania, flooded when a pump at the end of town failed after heavy rain. In both instances, UMCOR grants provided immediate assistance to residents needing short-term shelter, clean water and relief supplies.

On July 25, 2020, Hurricane Hanna made landfall along the Gulf Coast in the Rio Texas Conference, causing major flooding and damaging more than 2,000 homes along the U.S.-Mexico border. Hanna dumped more than 15 inches of rain in southern Texas, arriving just as the state was experiencing a surge in COVID-19 cases.

UMCOR, which recently completed recovery efforts in the region from 2017’s Hurricane Harvey, is working again with the conference as well as several local partners, providing $100,000 for case management and long-term recovery to 28 households in the area.

This year’s unusually busy hurricane season also saw Isaias strike Puerto Rico at the end of July and North Carolina in early August and hurricanes Laura and Sally hit the south-central U.S. coast in Louisiana, Mississippi, Texas and Alabama in late fall and mid-September. Hurricane Delta battered Louisiana in October, the fourth hurricane of the season to do so. In central Iowa, a type of inland hurricane called a derecho raced across the state in mid-August at speeds of more than 100 miles an hour, affecting 26 counties. In each of these locations, UMCOR provided relief funding in the immediate aftermath of destruction, and UMCOR journeys with these communities as the response and long-term recovery continues.

Your gifts matter more than ever

The multiple storms and flooding of spring and summer gave way to Western wildfires in California, Oregon, Washington state, and Colorado in the fall. Throughout these challenges, annual conferences and United Methodist churches across the United States have rallied to help survivors of natural disasters begin to repair and rebuild their lives, assisted financially in their efforts by 34 UMCOR grants totaling an estimated $783,700 in 2020. In addition, UMCOR trained over 1000 in disaster ministry and has now trained and certified 6,000 ERTs who stand ready to respond to future disasters.

Give hope to those impacted by natural disasters in the immediate and long term by giving to United States Disaster Response, Advance # 901670.

~ Thanks to Sam Hodges, Mark Doyal, Jessica Brodie, and Billy Robinson for stories of disaster response in their regions.