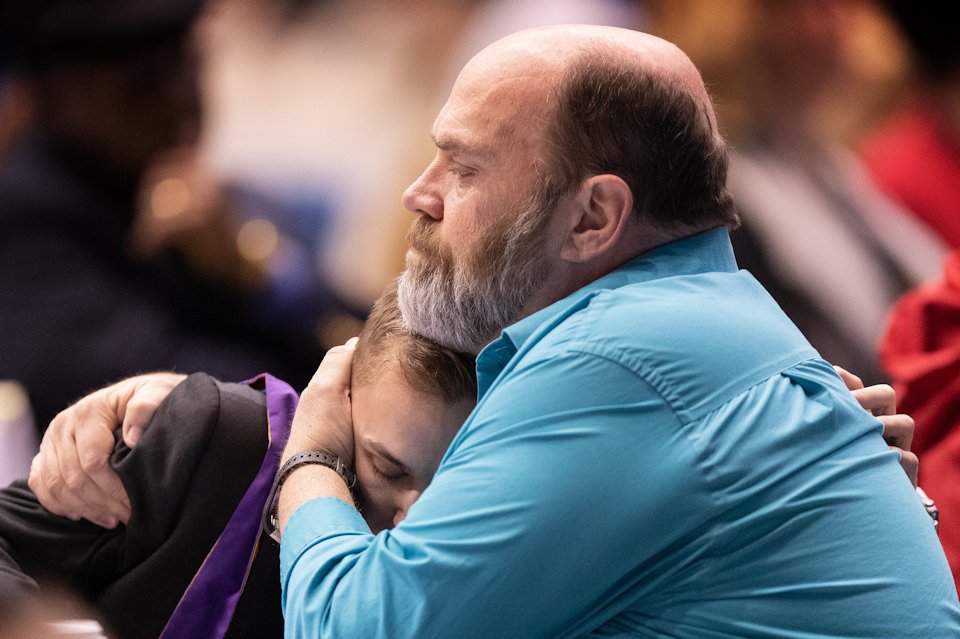 General Conference delegates spent Monday, February 25, as a legislative committee debating four major plans. The Traditional Plan was the only one to advance for action in Tuesday’s plenary session.

After approving the Traditional Plan in the morning, General Conference delegates spent the afternoon debating and ultimately voting against the One Church Plan and the Simple Plan.

Delegates opposed the bishops’ recommended One Church Plan by a vote of 436 to 386. The vote was 53 to almost 47 percent.

Delegates also voted against moving forward with the Simple Plan, submitted by the unofficial United Methodist Queer Clergy Caucus, by a vote of 494 to 323.

Dorothee Benz, delegate from New York, made a successful amendment to pull the Simple Plan from a motion to reject all remaining petitions.

The Rev. Adam Hamilton, a delegate from Great Plains, stood to speak for the motion, saying not at least discussing the plan would inflict harm.

“Yes, it’s going to be defeated, that’s clear. But this is the one opportunity to say we care enough to listen for a moment.”

Fred Sayeh, Liberia, argued that the Simple Plan should not be singled out for “special treatment.”

“Every plan had an opportunity. At this point it’s clear delegates are finding a way forward,” he said.

The Rev. Markus Jung, Germany South, said he had a dream that on Feb. 27, The United Methodist Church will be a church that is “colorful, diverse, full of love.”

The votes mean the Traditional Plan is the only plan guaranteed to go to plenary Feb. 26.

The One Church and Simple plans could still come back, but as minority reports. An amended version of the Traditional Plan, which delegates did not fully take up, also could come before the body Feb. 26.

Also heading to the plenary are two separate petitions that, with certain limitations, would allow churches to depart with their property.

The votes are a good indication of what direction delegates hope to take The United Methodist Church in its longtime debate over homosexuality. The denomination currently bans clergy from officiating at same-sex weddings or being “self-avowed practicing homosexuals.” But a number of United Methodists have publicly defied those prohibitions in recent years.

The Traditional Plan aims to strengthen the denomination’s prohibitions against clergy officiating at same-sex unions or being “self-avowed practicing homosexuals.” The plan also encourages those who will not obey church prohibitions to find another church home.

Since the 1972 General Conference, The United Methodist Church has asserted all people are of sacred worth but “the practice of homosexuality is incompatible with Christian teaching.”

In recent years, as homosexuality gained more public acceptance in the U.S. and other parts of the church, a number of United Methodists — including whole conferences — have publicly defied these rules.

The 2016 General Conference, after rumors of a church split over homosexuality reached a fever pitch, authorized the Council of Bishops to form a commission to find a way forward.

Both the One Church and Traditional plans emerged from that commission’s work.

The One Church Plan, in particular, inspired impassioned debate during the day’s proceedings.

Defenders described the plan as a way to keep together an ethnically and theologically diverse denomination that has a number of LGBTQ members.

The Rev. Patricia Farris of the California Pacific Conference, speaking in favor of the plan, urged delegates: “Let’s not do anything here to diminish our church or its mission.”

Opponents accused the One Church Plan of dramatically changing the denomination’s connectional form of governance and violating Scripture.

“It is better to be divided by truth than united in error,” said Rudolph Merab, the lead lay delegate from the Liberia Conference. He added that the plan would not provide salvation.

At the end of the day on Monday, the Revs Melanie Carey and John Boley, Michigan delegation, expressed sadness over the outcome of the legislative committee’s work. “This was a sad and very hard day,” Carey said in a Facebook Live interview at Michigan Conference of The United Methodist Church. “I speak for myself. It felt like the church we know and love was dying today.”

Boley added, “I have the same feeling I had in Tampa in 2012. It’s a sinking feeling about division regardless of where you stand.” He continued, “I remember going home and going through a process of rejuvenation. We must realize that this is just one slice, an important slice, but ministry still happens, love still happens.”

Carey reached out to LGBTQ persons, their families, and friends. “People tonight are really hurting,” she remarked. “We acknowledge the pain and that there was more harm done today.” She also expressed hope. “Sometimes, you just have to sit in the ashes a little while and cry, but we are people who believe in resurrection.”

Much of the morning’s debate about the Traditional Plan dealt with not so much advocacy for the plan as much as efforts to address constitutional problems raised by the Judicial Council, the denomination’s top court.

Last year, bishops referred the Commission on a Way Forward’s report to the council. That report contained the One Church, Traditional and Connectional Conference plans.

The court identified problems in three sentences of the One Church Plan and in multiple petitions in the Traditional Plan. It did not take up the Connectional Conference Plan, which also did not gain committee approval on Feb. 25.

The Rev. Maxie Dunnam of the Kentucky Conference brought legislation meant to address the constitutional issues in the Traditional Plan, but the body did not have the detailed legislation in writing. That amended legislation can return as a minority report.

Efforts to amend the One Church Plan to bring it in line with the Judicial Council ruling also hit a snag. The first motion to delete one of the unconstitutional sentences tied 409 to 409, meaning it failed.

The other two changes passed but only narrowly.

Delegates voted to send the legislation they had approved — the Traditional Plan and the two disaffiliation petitions — to the Judicial Council for review.

The Judicial Council agreed to rule on a request by the GC2019 legislative committee to review the “constitutionality, meaning, application or effect” of the plans approved during its Feb. 24 business sessions.

Jill Wondel, a delegate from the Missouri Conference, said too many fixes were needed for the time available. She also said the Traditional Plan does not address the main issues before the body.

“The question we are asking is: ‘Does this plan unite us or not?’” she said. “We are not voting on whether homosexuality is a sin or not. We are not voting yes or no if the Bible is true.” All the forwarded legislation still faces a vote in the General Conference plenary session on February 26.

The majority of bishops recommend the One Church Plan, which allows more freedom on matters of marriage and ordination.

General Conference delegates, early in the day, defeated by a vote of 488-334 an effort to postpone discussion of the Traditional Plan and potentially bring up the One Church Plan earlier.