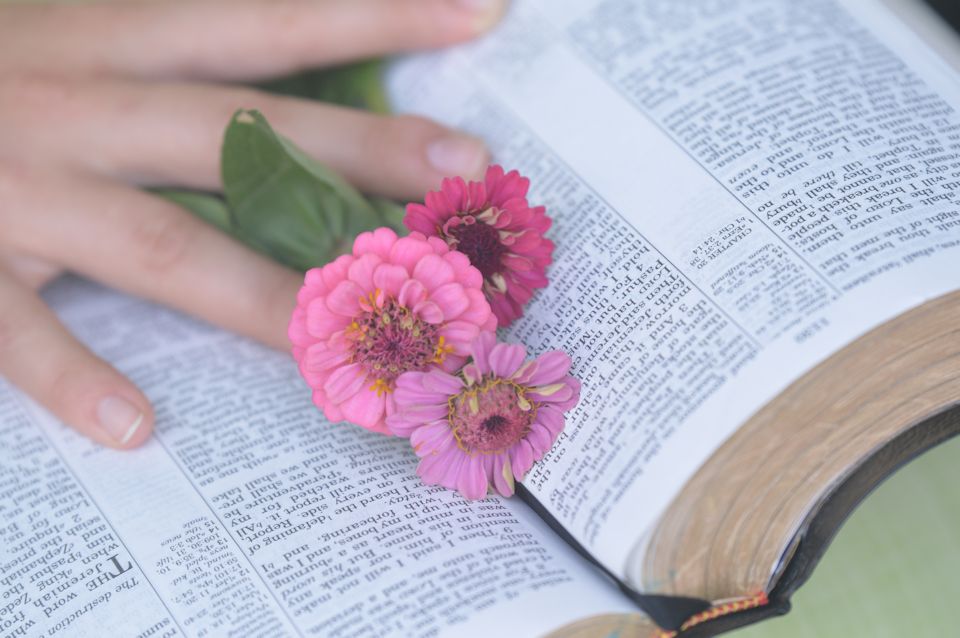 ~ Image by MHigh from Pixabay

We are created by God and continue to be recreated by our life experiences. A Bible and a Lord’s Box made this woman a person who trusts God and faces the future with hope.

My word for this year is “change.” For some of us, making a change or experiencing a change is difficult, even if it eventually leads us to hope and promise. I have learned we must trust and obey and acknowledge that the God who now reigns above will see us through so we can face the future. A future that includes God. A future that was built because we did change.

The subject of change takes me back to my childhood. What changed me as a young person that might now offer a new direction for me as an adult? What were the building blocks my parents provided so I could build my life … so I could face the world and, yes, the future with expectation.

I was very fortunate to grow up in a Christian home that provided me with a solid foundation. If you were to ask me what two things stand out from those formative years, I would have a quick response—my mother’s Bible and the Lord’s Box.

That Bible was given to Mother on Christmas in 1940 by my Day, eight months before they married. It’s the Bible Mother would use not only for her personal devotions each and every night during their 63-years marriage but the Bible that carried an inscription from Dad. “Only one life twill soon be past, only what’s done for Christ will last.” This was the foundation my parents used to build their life together. This was the same foundation Mom and Dad used with their two daughters. It would become the basis of the life I now treasure.

The Lord’s Box was a small recycled container. Something had been sent to my grandparents in it, and my grandmother immediately made it the Lord’s Box for my parents. This simple box taught me the importance of giving back to the Lord. With it, I learned about tithing. My dad would go to the bank every payday and cash his check. Then, upon arriving home, he would go to the Lord’s Box and deposit 10% of his earnings. That money now belonged to God.

Dad would take that week’s amount out every Sunday and place it in the offering plate at church. Then, the next payday, he would repeat what he had done two weeks prior. That box became the focus of my parents’ marriage.

When I was old enough to do chores around the house, I received a 25-cent allowance each month. I can remember Dad telling me that I had to do three things with that money. The Lord would receive the first 10%. I would have to bank half of what was left. The rest was for me. I decided it would be easier if I rounded the Lord’s amount up to 5 cents, deposited 10 cents in the bank, and kept 10 cents.

When I got older and refused to practice the piano, my dad actually paid me to practice; for 25 cents an hour. I practiced like crazy! As with my allowance, I tithed and saved. Dad eventually stopped paying me to practice because I was at the keyboard morning, noon, and night.

I still have both the  Bible and the Lord’s Box. They are my treasures. After Mom passed, I opened their Lord’s Box and found some money … the Lord’s money. There will always be money in that box because that box taught me about a change I have never regretted … the way God changed their lives and my life. I certainly have treasures in heaven, and I call them Mom and Dad.

~ reprinted with permission from The Outlook, the newsletter of Central United Methodist Church in Muskegon.