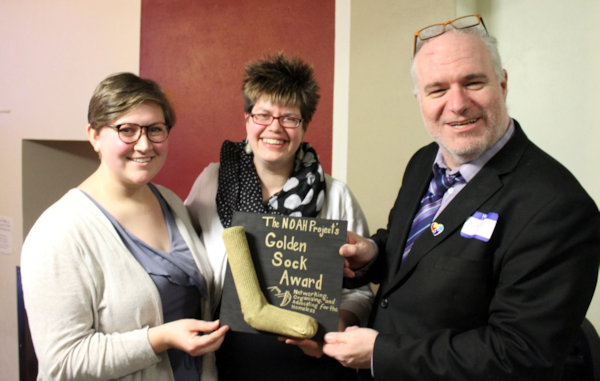 For two years this US-2 has served the NOAH Project in Detroit. Now it’s time to say, “Goodbye.”

I applied for the Global Mission Fellows program because I didn’t know what was next post-college graduation. I knew that I wasn’t going to grad school and I wanted to do something service oriented. This led to researching the Peace Corps, AmeriCorps, and this program [Global Mission Fellows, United Methodist Church]. We all know what I went with.

Now, two years later, as I prepare to leave this program, I don’t know what’s next. A month and a half away from moving back to North Carolina, I do not have a job lined up. I won’t be going to school (are you sensing a theme with that, because I kinda am). A lot of uncertainty is hanging over the next few weeks.

Thankfully I have an idea of where I’ll be. I’m moving to eastern North Carolina, staying with family in New Bern and hoping to land in Greenville. I’ll be looking into grad school, laying down roots, and I’ll be close to my boyfriend. I’ve got no shame in saying this and claiming that it’s a reason I’m excited to be back in North Carolina. After two years of a solely long distance relationship, I’m ready to be in the same place and see what our relationship can grow into.

By moving to Greenville I’ll be within an hour and a half of many friends and, more importantly, my family.

I could stay in Detroit. I could probably continue to work at NOAH in some capacity, or find another job. As much as I would love to continue on here, I know that the next season of my life should take place in North Carolina. Sometimes it takes moving 600 miles away from your family to find just how important they are to you. They still drive you insane, but you gain a new understanding and appreciation of how unique your familial relationships are. This is especially true as you realize how small your family is and that these are the folks that have known you forever.

When I moved to Detroit, I felt the most distant from God that I’ve ever felt. I wrestled mightily with this because of my role as a missionary. Moving to Detroit changed the way that I relate to God. God’s been here the whole time I’ve been. Distance I felt was not caused by a lack of God’s presence, but my ignorance of that presence because it didn’t look or feel like it always had to me. Nearly two years after moving here, I realize that and am ready to take this realization into another move, which will surely bring changes to how I interact with God. I can’t say that I won’t feel space between God and I once I move back to North Carolina, but I’ll be more willing to recognize my role in feeling that distance and then figure out how to lessen it.

I’m excited to move, despite the heaviness it’s causing in my heart. I’ve said hello to so many great people and experiences since coming to Detroit, but those hellos came at the cost of saying “see you later” and “goodbye” to so many people and things in North Carolina. I can’t wait to say hello again to all that I’ve missed (Cookout trays and Bojangles fries). I still need to work up to saying goodbye and see you later to Detroit and all the magic this city holds in its people and places.

We love partnering with The NOAH Project Detroit and US-2 Chelsea Williams! #motownmission17