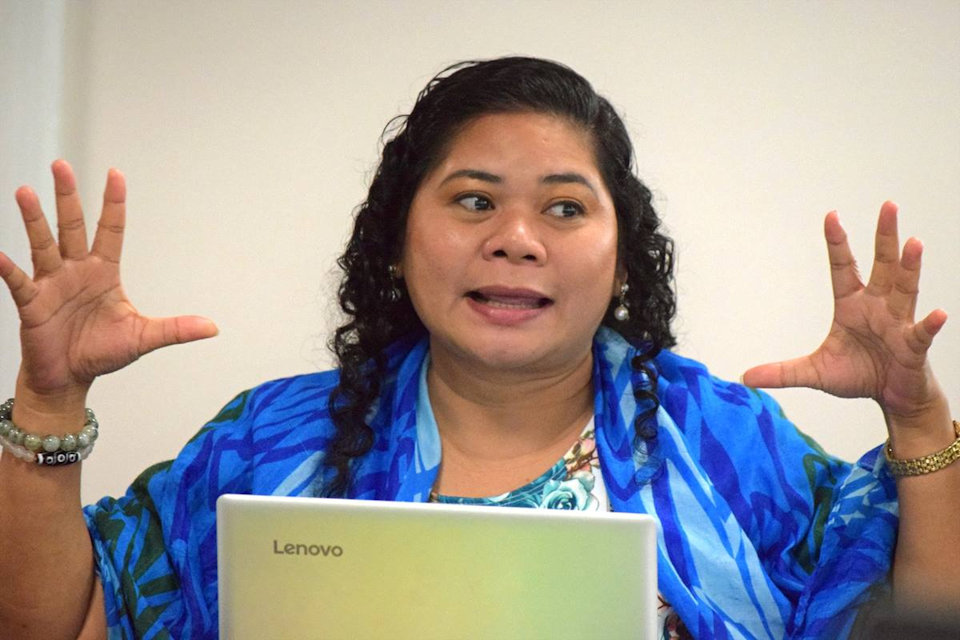 The United Methodist Church has a long history of tackling complicated, controversial and contemporary topics such as polygamy, child marriage, abortion, violence, and treatment of migrants.

While much attention currently is focused on the church’s stance on LGBTQ people, it is not the only human struggle the church prays about and addresses.

For the past eight years, a diverse group of writers and editors has been revising the denomination’s Social Principles, which since its founding has been an expression of the Wesleyan commitment to social holiness for The United Methodist Church.

The Rev. Chris Momany, then chaplain at Adrian College and now pastor of Dowagiac United Methodist Church, was among the writer in the pre-2018 stage of the effort. “It was a great privilege for me to participate in the drafting of the new Social Principles document,” Momany said. “I traveled to Washington three times and gave considerable energy to the task.”

The Revised Social Principles crisscrossed continents, was read and studied by thousands and will land in Minneapolis in May for final review and approval at the 2020 United Methodist General Conference.

The 2012 General Conference commissioned the United Methodist Board of Church and Society to revise the Social Principles to enhance its theological foundations, global relevance and meaning, along with its focus and succinctness, said the Rev. Mary Elizabeth Moore, chair of the revision team and dean of Boston University School of Theology.

The revised document was broken down into four sections: creation, economic, social and political communities. Scriptural passages and excerpts from John Wesley’s writings introduce each section.

Moore said the toughest sections to revise were on violence and sexuality.

“For example, people living under the constant threat of violence often see the use of military force differently from those in which the military itself is a major threat to peace or those who are committed to nonviolent resistance.”

Many of the participants who worked on the document said listening to diverse voices was eye-opening and rewarding.

The Rev. Hilde Marie Øgreid Movafagh, rector of The United Methodist Seminary in Oslo, Norway, said the current and past revisions of the Social Principles often represented an American or Western context.

“I find it important to emphasize that America has not lost anything in making the Social Principles more global; it is better for them as well,” she said.

Movafagh said she was especially proud of the outcome of two issues the writing team tackled: reproductive health and human sexuality.

In the Social Community section, under the heading of Human Sexuality, the document lifts up the issue of consent and the right to decide about your own bodies, Movafagh added.

The process began with listening sessions. Drafts of the revisions were sent to various church settings. Also included were individual consultations with church leaders and scholars and an online survey.

“We heard from 1,700 United Methodists from across the connection,” Moore said. “Keeping our commitment to listen to the church, we analyzed all of the responses and identified the themes, critiques, and suggestions.”

The task force wrote three drafts before handing off the final version to the board. The final draft was released in seven languages in early October.

Momany observed, “The spirit among the approximately 50 writers was good, and there was generous interaction throughout the sessions. Once the draft was formulated in April of 2018, others took over and crafted the redaction that we have now.” He expressed disappointment that “after so much hard work, there were many changes between the April 2018 version and the one headed to General Conference.” He cited an example from his own work on “the various meanings of the language of ‘intrinsic worth’ and how that has formed United Methodist witness.” The current draft of the Social Principles does not contain this terminology, “though it has retained a few references to inherent values.”

The Rev. Kalaba Chali, mercy and justice coordinator for the Great Plains Conference, said working with a group from various backgrounds was “energy-giving and enlightening.”

“We certainly did not always agree on all of the issues that needed critical rethinking and review, but we did our best not to remain disagreeable,” said the Rev. George D. Wilson Jr., Liberia Conference.

Randall Miller, chair of the task force on Social Principles for Church and Society’s board of directors, said the team is aware that the 2020 General Conference will be dealing with “profound” questions about whether the denomination can stay united.

“We also know that the church continues to wrestle with issues related to human sexuality, reproductive health, gender, and racial/ethnic exclusion and other important issues,” he said.

The purpose of the Social Principles revision was not to solve those problems, he added.

“I am perfectly settled with the final document,” said the Rev. Israel Painit, Philippines. “I hope it will get the approval of the delegates.” He also expressed gratitude for the hard work from all the team members.

The Rev. Esther D. Jadhav, a Church and Society board member and an assistant vice president at Asbury University, said she served in several capacities as a member of the writing and editorial teams.

“I was most impressed with the level of research that was conducted, every perspective and every experience was captured. Such a high level of global sociological study centered around the life of the church is rare if not unheard of,” she said.

Moore pointed out that the process was designed to be reflective and participatory.

“The task force and editorial team listened to the chorus of voices and passions and the people of The United Methodist Church have their handprints all over the Revised Social Principles,” she said.

Reflection on the nature of social holiness will surely continue at every level of the church, on topics such as “intrinsic worth.” Chris Momany concluded, “‘Intrinsic worth’ is a profound philosophical principle that speaks to the givenness of creation and life itself. We often speak of ‘sacred worth,’ but this phraseology does not necessarily capture the command to meet God’s mysteries as given, as a trust.”

~ Kay DeMoss, Senior Content Editor of The Michigan Conference, contributed to this report.