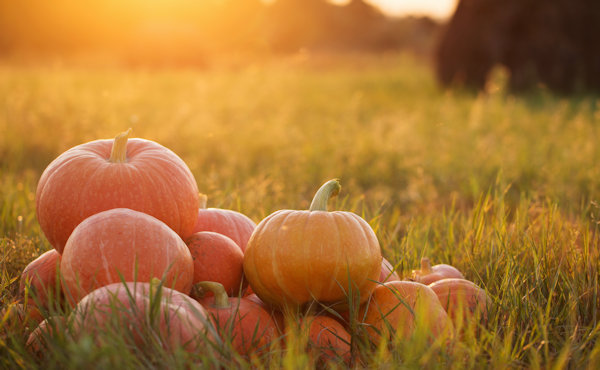 This month’s Perspective on Hope invites readers to re-examine the romanticized history of Thanksgiving.

“The single story creates stereotypes, and the problem with stereotypes is not that they are untrue, but that they are incomplete. They make one story become the only story.” ~ (Chimamanda Ngozi Adichie, Igbo [Nigerian] author and social activist)

I am sometimes misunderstood when I tell people, including members of my own family, that I really do not like Thanksgiving. Upon reading this you may already have an image of me as Scrooge or the Grinch that stole Christmas just for saying such an atrocious thing. For purposes of clarity and to reduce chasing you all away allow me to say that I really do enjoy spending time with my family and away from the deadlines and duties of my ministry. I do think that having a feast that celebrates the beauty of a harvest season is appropriate in any culture or country, and Ruth does an incredible job of making it a grand experience for the whole family each year. Likewise, it is always appropriate to pause to give thanks to God for the awe-inspiring gift of nature and the gift of God’s grace in our lives and in our world. One only needs to read aloud one of the psalmist’s poetic expressions to be swept into a place of gratitude to God in the midst of changing life circumstances:

“O give thanks to the Lord, for he is good, for his steadfast love endures forever. … who alone does great wonders…”  Psalm 136

“I give you thanks, O Lord, with my whole heart; before the gods I sing your praise; … For though the Lord is high, he regards the lowly …”  Psalm 138

So, setting aside a day to celebrate and give thanks is not a problem, and perhaps we should all do it more each day. What I take issue with is the homogenized, pasteurized, sterilized, nationalized,  anglicized narrative that pervades the annual “Thanksgiving Holiday” here in the United States. In sharp contrast to what some white supremacist leaders have been suggesting more publicly lately, this nation has never been mono-cultural. One alt-right leader, Richard Spencer, was interviewed recently by an NPR reporter, and proclaimed, “Europeans defined America, they defined what it is. … European people were the indispensable central people that defined this nation socially, politically, culturally and demographically …”  Perhaps Mr. Spencer has not examined the real historical record of the monumental positive impact of multiple people groups on the well-being of the world, including what has become the United States. Spencer seems to have created his own mythology, the “one story” that he would like to be the only story.

But let us stay with the harvest season image for just a moment. Nearly half of the world’s leading food crops that we now take for granted can be traced to plants first domesticated by the Indigenous nations of what became known as North and South America. Without Native farmers the European people may never have tasted and benefited from healthy foods such as peanuts, beans, sunflowers, tomatoes and corn. And, of course, there would be no mashed potatoes or pumpkin pie on the Thanksgiving menu if Native farmers had not introduced Europeans to these staples of our contemporary diets. I mention the indigenous heritage especially here since the Thanksgiving holiday celebrations tend to highlight the stereotyped history of the interaction between European peoples and the first people of this land. If we only have “one story” we have an “incomplete” story, as author Adiche suggests. And, I would add that whoever controls and/or perpetuates that one story creates a normative value system out of which others are given or denied access within a community or country. She goes on to say,

It is time to reframe the “thanksgiving story” so that it truly embraces the full stories of the diverse humanity that God has intended in every community and country. Thanksgiving needs Pentecost if we truly intend to thank God for all of creation.

As United Methodists we have recently participated in an Act of Repentance Toward Reconciliation with Indigenous People. As part of that first step we were all invited to consider learning how to listen to indigenous leaders on what a next step might look like. The major news networks have been giving almost no coverage of events that have been unfolding near the Standing Rock Sioux Nation in North Dakota for the past several months. Things turned more violent Sunday night, with multiple injuries and conflicting stories, which is also a reminder that there is more than one story even if media tends to only validate the story of those in power. In a press release from the Standing Rock Medic and Healer Council the excessive force used by the militarized police and National Guard injured as many as 300 unarmed Water Protectors. The use of water cannons in sub-freezing temperatures created massive numbers of hypothermia cases, and blunt force traumas were caused by concussion grenades, tear gas canisters and rubber bullets. Here is the voice of one indigenous leader seeking to bring healing while protecting the water of this earth:

“This Thursday this country celebrates a romanticized history of pilgrims and Native people breaking bread together. And across the country elementary classrooms make pilgrim hats and feathered turkeys, while North Dakota sends militarized police to attack Native people and their allies who are praying for the protection of all of our water.

We need some peaceful, prayerful actions on the holiday widely known as ‘Thanksgiving’ …  Reject the mythical romanticized history of Thanksgiving and the harmful capitalism that has grown from a history steeped in colonization and slavery.

How can this country and it’s leadership celebrate a fabricated history of hospitality between Native people and settler/colonialists in the face of such current brutality to Native people – No Thanks.” (social media posting by Enei Begaye, indigenous leader)

As you gather with family and or friends in the days ahead, may you find it within yourself to embrace and give thanks for the wider story and stories that we will need to be in community with one another moving into a potentially troubled season:

“I give you thanks, O Lord, with my whole heart; … Though I walk in the midst of trouble, you preserve me against the wrath of my enemies; you stretch out your hand, and your right hand delivers me.  … Your steadfast love, O Lord, endures forever.”  Psalm 138, selected verses