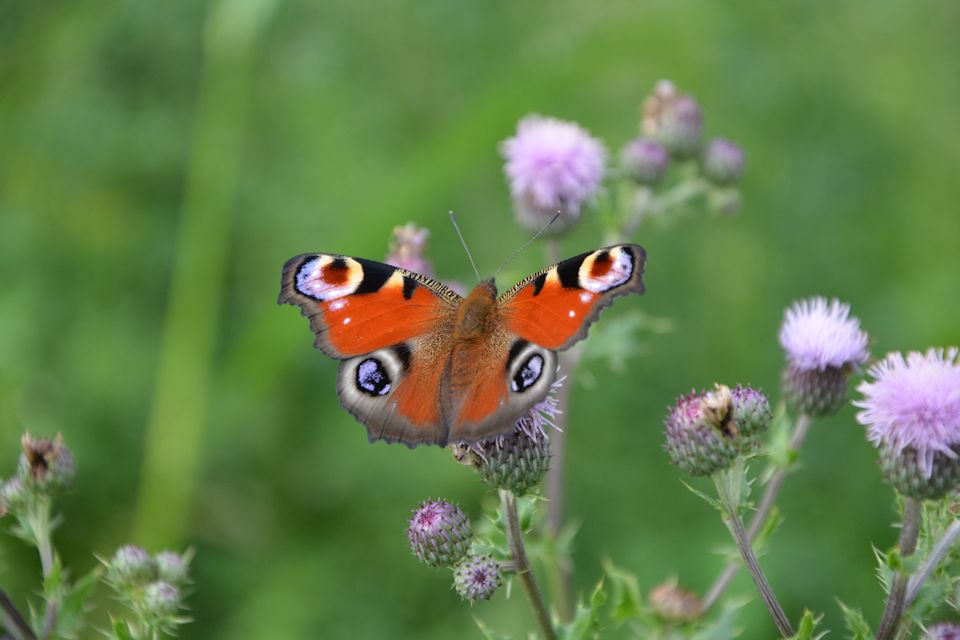 ~ Image by JackieLou DL from Pixabay

Appointments are being made. Transitions are beginning. This virtual workshop on April 17, 10 am to noon, will help pastors and congregational leadership prepare for healthy goodbyes and hellos.

Methodist clergy have been on the move since the days of John Wesley. Some things have changed over the almost 300 years itinerant Methodist preachers have gone where God called and bishops sent. Appointments have become longer than the once typical three years in one pastorate. Pastors used to learn their appointment at Annual Conference. Congregations and clergy now know how they will pair in the coming year,  well before the “fixing of the appointments” during the annual Cabinet Report.

But as the Rev. Dean Francis observes, “One of the things I find interesting is, that for a denomination where transitions are the norm, United Methodists are probably the worst denomination in transition preparation.” He adds, “The Presbyterians get this. They do it much better. All the other denominations that are more call-based make leadership changes less frequently and yet pay more attention to the transition than Methodists have.”

Why is that the case? Francis offers, “We assume it’s in our DNA. ‘Oh, yeah, pastors move, and it’s no big deal, you know. One goes. Another comes.’ I think we do that at our peril.” That is why he is leading a team of clergy and laity who are hosting a Zoom experience on April 17, 10 am to noon, with a focus on pastoral transitions. Francis, a pastor retired from the Northern Illinois Conference, is now living in Traverse City.

It’s important to note that the Detroit Conference in the past provided extensive training to congregational leaders, staff, and pastors through a series of workshops called “New Beginnings.” The formation of a new Michigan Conference and the pandemic required a new approach. Carol Hodges, a laywoman from Kalamazoo First UMC and lay member of the Board of Ordained Ministry, says, “This is a new model. It is shorter and easier to participate for people who used to travel from far away.”

Further, the 2021 workshop developed around a new concept. There will be time for individual learning. Then break-out groups will bring the newly appointed pastor together with Staff Parish Relations Committee (SPRC) members and other leaders active in the new appointment. “That’s a large difference,” Francis remarks. “Putting laity and clergy together is the change of format. We believe processing the same information will lead to a shared vision.”

Francis explains the importance of intentional preparation for a pastoral change. “There’s a long history of research that shows the effectiveness of transition planning has a direct relationship to the effectiveness of new pastorates beginning,” he says. “This started with seminal work by Roy Oswald, who worked for Alban Institute. He wrote a paper called Running through the Thistles.”

Why an image that makes one wince? Francis summarizes, “It takes encountering pain to move beyond that pain and to have a fresh beginning is something that began to get seated in the life of the church. We began to understand the importance of this.” Oswald’s research “showed that if you don’t say goodbye well, you don’t say hello well.” Francis compares the change of pastor in a congregation to what a family experiences at a funeral. “Families that don’t do a funeral well are destined to be dealing with that grief in unhealthy ways way down the road.”

Hodges points out that there are print and video resources available for review before the workshop. “Those on the team have tried to be well informed,” she states. “Hopefully, that will pay off in terms of participants getting a high quality of information.” Find the resources here.

Two pastors’ spouses on the planning team — Jackie Euper and Sarah Vollmer – brought family issues into the discussion. Vollmer, a leader in the Michigan Conference Clergy Spouse Association, polled clergy spouses for topics of interest. “It’s been good to have their voices in this,” Hodges says.

The April 17 activities will begin online with an opening with Bishop Bard. It will be a devotional and more. “We’ve asked him to talk about the missional nature of the appointive process. Especially in congregations that don’t have lifelong Methodists, who may not understand or be puzzled or curious about why it all takes place,” Francis says. “The bishop will talk about new appointments taking place because there was a missional need in your current congregation or the congregation that your pastor is going to. That is the driving force behind the appointment.”

Hodges and Sarah Vollmer then host a segment on exiting an appointment. Interviews with pastors Anthony Hood (Farmington: First UMC) and Matt Weiler (Kalamazoo: First UMC) relate how they lived through a healthy goodbye. Hodges remarks, “For me, hearing somebody who is articulate and whose boots are on the ground is really important. These are younger guys. They talked about very different things. Hearing about what was helpful will be appealing, I think.” The interviews touch on “how they stayed emotionally and spiritually healthy, and how they tried to anticipate the grief of the congregation.”

Hodges found two topics especially helpful. “Each described how they tried to anticipate ways of being as transparent as possible, so people did not feel this was some trick being pulled over on them. Both talk about how a lot of people in the congregation know nothing about being a United Methodist. So an appointment change comes out of the blue for them. The pastors tell how they dealt with that.” The recorded interviews will be followed by a live Q & A session with workshop participants.

A workshop section on entering a new appointment begins with a presentation on Cultural Competency led by the Rev. Young-Mee Park. Park has served churches in the Northern Illinois Conference and was a district superintendent from 2013-2019. She will be introduced by Yoo Jin Kim, a pastor serving Onaway UMC, Northern Waters District. Park says, “Every appointment is cross-cultural.”

Francis tells a personal story to illustrate her point. “Out of seminary, I moved from Park Drive in Boston, three blocks from Fenway Park, to Lawton, MI. I moved from a block that had more people on it than the town did. So, for me, that was a cross-cultural appointment.” Park will share with workshop participants about the adaptive leadership it takes to navigate cross-cultural experiences. Francis reviews, “She will talk about the importance of understanding that a pastor’s leadership changes and needs to take into account the context into which he or she is appointed. That’s critical to effectiveness. Young-Mee will then turn it around and say some things about congregations needing to be open and willing to accept differences. Not just accept differences but celebrate them.” Another live Q & A follows.

A deeper understanding of Cultural Competency is significant in the present and the future. Francis states, “If you are in a congregation for any period of time in Michigan, you are going to get a cross-racial appointment. I think we should all begin to think about that and celebrate that this is good for the Conference.”

A layman from Kalamazoo: First UMC, David Lundquist, hosts the final presentation segment focused on the process of a healthy hello. Hodges summarizes, “Dave emphasizes entering a new appointment as a team. This is not a one-person show. The sooner you get that team together, headed in the same direction, the better the new hello will be.”

After a short closing, pastors and laity will move into separate breakouts, church by church. Conversations will be guided by a set of questions and the resources provided.

Pastors entering retirement are encouraged to participate in the workshop. At the close, they are invited to a conversation facilitated by Dean Francis and Terry Euper. This is designed as a time to share concerns and enjoy fellowship.

Dean Francis and Carol Hodges have both been through transitions themselves, as pastor and layperson.

Dean has a childhood memory of his father’s move from Ithaca UMC after six years of effective service. “I remember very vividly his going away party for us. A guy in the congregation got up and parodied my dad.” The man used a flip chart. “Dad carried those in his car. My dad was always a project guy.” With John Francis’ mannerisms “down to a T,” the parishioner began, “Friends, I’ve got a great plan!” Drawing on the flip chart, he proclaimed, “We are going to make an underground parking lot for this church!” Dean remembers, “It was just hilarious. That taking the reality of who Dad was and moving it into that place was brilliant. That sent us off well. The family talked about it for a long, long time.”

Hodges’ story recalls the dinner marking John Boley’s departure from Kalamazoo: First UMC. When their pastor was invited to speak, Boley said, “I  have a David Letterman Top Ten, the top ten things I love about this church.” Hodges and all present were touched deeply. “I realized we all need to hear that. That we were loved by our pastor, even though we have quirks, annoying traits, and sometimes major issues, pretty much anybody can find a handful of good things. I was surprised how much it meant to me personally to hear him say that,” she concluded.

Hodges shares a second experience from her work on the Michigan Conference Board of Ordained Ministry. The encounter happened during a BOM team visit to a candidate’s church. “This particular SPRC talked about some of their pastor’s shortcomings. I finally said, ‘Are you aware that 50% of the responsibility for making a successful pastorate lies with the laypeople in the congregation?’ Their response was not hostile. They were shocked.” She went on to ask SPRC members, “What have you put in? How welcoming, how open to new ideas, have you been? How often do you send a text or an email or a note to say, ‘I really appreciate you?’ Please understand you make a huge difference in whether or not this is a workable appointment.”

Because, as Carol Hodges stresses, an effective appointment takes, “Realizing this is a 50 50 deal,” a shared approach to pastoral transition is essential. If you are a pastor receiving a new appointment in 2021, an SPRC member, or a leader of a church receiving a new pastor, sign up now for this two-hour workshop, April 17, 10 am to noon, on zoom.