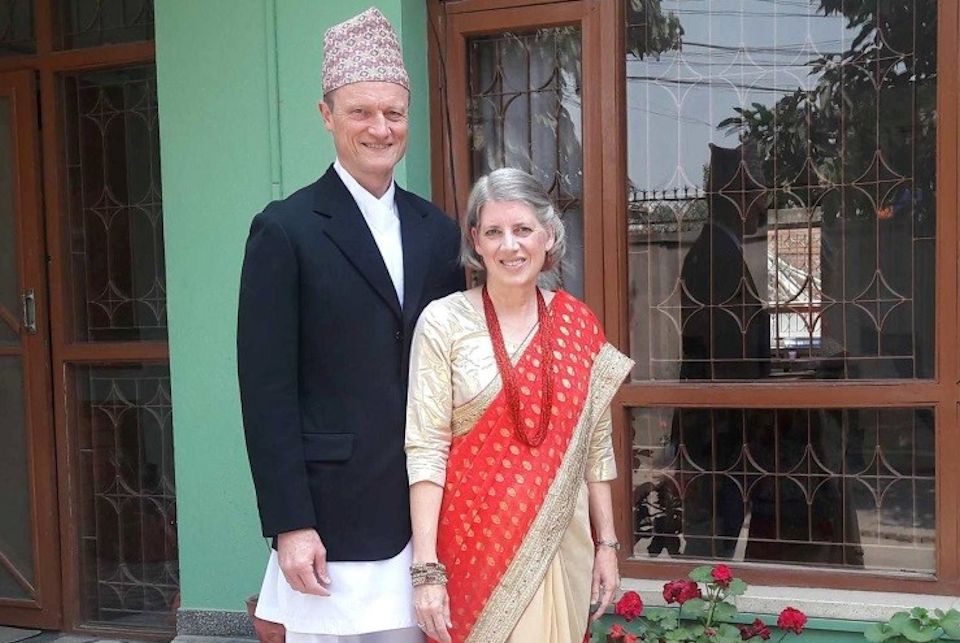 Les and Debbie Dornon are United Methodist missionaries serving at Tansen Mission Hospital in Nepal. They will be in Michigan visiting churches in July, 2022. ~ photo courtesy the Dornons

Lester and Debbie Dornon are EngageMI missionary partners who have been serving in Nepal for 22 years.

Lester Dornon was born in Japan, the son of Methodist missionaries. He received his Bachelor of Science & Doctor of Medicine degrees from Northwestern University, Evanston, IL. Les felt a call to practice medicine in a place where people have little or no access to healthcare. That desire led him and his wife, Deborah, to Nepal, arriving with two small children; a third child was born early in their service there.

Debbie was born in Middletown, OH, where she was a member of First United Methodist Church. She received a Bachelor of Music Education degree from Baldwin Wallace University, a United Methodist-related school in Berea, OH. The Dornons’ three children — Rachel, Luke, and Hannah — are now grown. Les and Deb are proud grandparents to three beautiful grandchildren.

Les is assigned as senior physician at the Tansen Hospital in western Nepal in Asia. The hospital in Tansen is a project of the United Mission to Nepal, established in 1954 as a partnership between the people of Nepal and a coalition of multiple Christian organizations from many countries.

Nepal is a small country high in the Himalayan Mountains, where poverty is widespread and health facilities are in limited supply. Tansen Hospital not only treats the sick but also supplies training to Nepali resident doctors and other medical staff. Debbie is assigned as coordinator of expatriate services at the Tansen Hospital. She helps personnel and their families from many countries through the application and settling-in process.

Les and Debbie are back in the U.S. for a time to visit supporting churches. They will be in Michigan between July 2 and July 15.  Some dates are taken, but please contact them at [email protected] if you would like to set up a time for them to share about God’s work in Nepal.