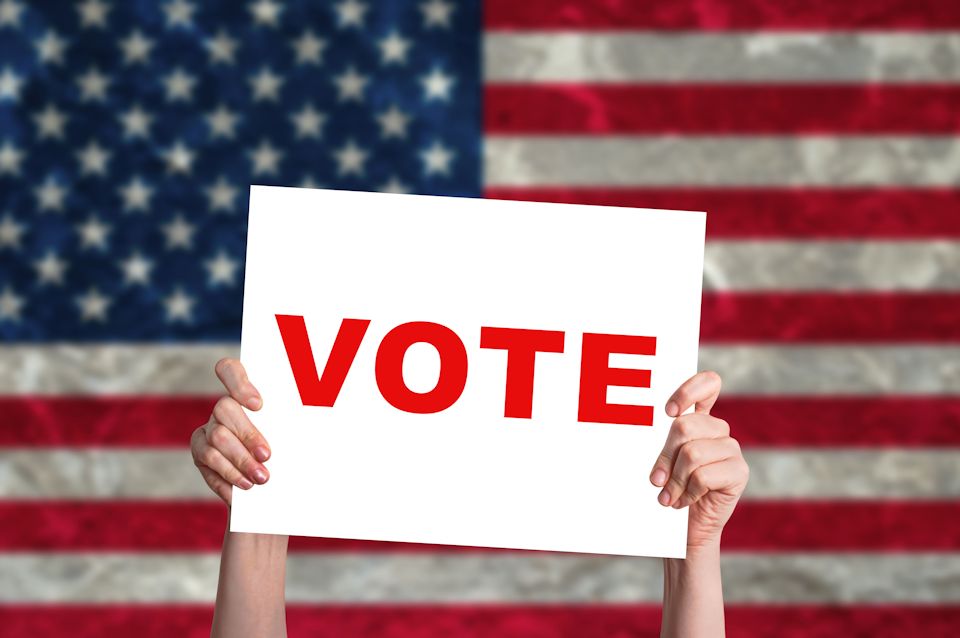 What can and can’t congregations and individuals do when getting involved actively in politics? Here’s a guide for United Methodists based on the Social Principles of the denomination.

The people called Methodists have been actively involved in social and political matters from their founding in 18th century England. Methodists were among the primary advocates for the abolition of slavery across the British Empire, the organization of labor unions to protect workers from dangerous working conditions, the ending of the debtors’ prison system, and the creation of new systems of care for poor children. Given this heritage, Methodists have continued to advocate for other social or political issues since that time – women’s suffrage, temperance, civil rights, health care, and care for the environment, to name a few.

Today our United Methodist Social Creed and Social Principles express our commitment to fully participate in building a more peaceful and just world.

Should United Methodists be involved in politics?

The United Methodist Church acknowledges that we are responsible to God for our social, economic, and political life. The Church regards political participation as the privilege and responsibility of citizens.

The Church asserts, “Scripture recognizes that faithfulness to God requires political engagement by the people of God” (Church-Government Relations). “The strength of a political system depends upon the full and willing participation of its citizens. The church should continually exert a strong ethical influence upon the state, supporting policies and programs deemed to be just and opposing policies and programs that are unjust” (The Political Community).

United Methodists rely on the same world-wide Social Principles and Resolutions for guidance about the interaction of church and politics. How the Church is engaged in politics varies across the regions where The United Methodist Church is present. Its response to the state will look quite different in the United States, the Philippines, Germany, Russia, or Côte d’Ivoire.

What about the separation of church and state?

Does the UMC have a lobbying office in Washington DC?

The General Board of Church and Society, the church’s advocacy agency for issues of justice, equality, and peace, has offices on Capitol Hill in Washington and at the Church Center for the United Nations in New York City.

Church and Society is dedicated to implementing the Social Principles by educating, equipping, and organizing United Methodists to advocate for the Church’s positions faithfully. The activities of Church and Society are advocacy, not lobbying.

The agency communicates the denomination’s position on more than 30 social issues with policymakers and church and national leaders, with the mission of transforming the world.

Does the General Board of Church and Society represent me or my church in political issues?

What can I do if I disagree with The UMC’s position on an issue?

The Church recognizes that individual members may hold varying views on social and political concerns. The Church notes in the Book of Resolutions, “You may find that your denomination’s policies give you more ‘food for thought.’ Maybe you will agree with the denomination’s position. On the other hand, you may disagree.”

If you disagree with the Church’s position, start by talking with your pastor. United Methodist members who feel strongly about an issue and seek to change a current statement or policy may petition the General Conference to request action.

Why do the Church’s social statements and government policies seem so far apart on some issues?

Our 2016 Book of Resolutions addresses this question, beginning on p. 23.

“The United Methodist Church membership extends beyond the U.S. boundaries; it is global. So, in many cases, we speak to, from, or with more than one national government. Further, the Christian church must never be a mirror image of any government, whether Democrat or Republican, totalitarian or democratic. We know that Christians are obligated to be responsible and participating citizens under any governmental system, but that response and participation is to be interpreted in light of our faith.

“As the Social Principles state, ‘Our allegiance to God takes precedence over our allegiance to any state’ (¶ 164). And our church’s public witness is first and foremost to be judged by God by whether it supports justice, love, and mercy, particularly for the poor and powerless.”

Does The UMC in the U.S. support or contribute to any candidate or political party?

No. This is a prohibited activity under U.S. non-profit law for churches and other charitable organizations.

Churches and religious organizations qualify for exemption from federal income tax and are generally eligible to receive tax-deductible contributions. Churches may jeopardize or even lose this status if they engage in “political campaign activity.” According to the IRS, “all section 501(c)(3) organizations are absolutely prohibited from directly or indirectly participating in, or intervening in, any political campaign on behalf of (or in opposition to) any candidate for elective public office. Contributions to political campaign funds or public statements of position (verbal or written) made on behalf of the organization in favor of or opposition to any candidate for public office clearly violate the prohibition against political campaign activity.  Violating this prohibition may result in denial or revocation of tax-exempt status and the imposition of certain excise taxes.”

Can churches be politically active without jeopardizing their tax-exempt status?

In the United States, churches may be wary of engaging in the electoral process out of concern for the church’s tax-exempt status.

Religious organizations can safeguard the right to vote, educate communities on issues and candidates, and encourage participation in the electoral process when done in a nonpartisan manner. Church and Society’s resource for local churches, Creating Change Together: A Toolkit for Faithful Civic Engagement, lists activities a church can and cannot do.

The IRS clarifies political activities, which may jeopardize a church’s tax exempt status. One is participating in the political campaigns of candidates for public office. Another is spending a substantial portion of time or resources to influence legislation. The “substantial portion” discernment is made by the IRS on a case by case basis.

The IRS considers a number of key factors in determining whether an activity or communication risks violating prohibitions against political campaign intervention.

The UMC believes that churches have the “right and the duty to speak and act corporately on those matters of public policy that involve basic moral or ethical issues and questions. … The attempt to influence the information and execution of public policy at all levels of government is often the most effective means available to churches to keep before humanity the ideal of a society in which power and order are made to serve the ends of justice and freedom for all people” (Church-Government Relations).

Can church property be used for political rallies, voter drives, or candidate events?

Multiple issues inform whether or how church property may be used for such events.

An IRS webinar offers guidance on these types of activities by charitable organizations.

Charitable organizations may conduct nonpartisan activities that educate and encourage people to participate in the electoral process.

Are pastors allowed to preach about or share personal political views on social media?

The United Methodist Church has official positions on a wide variety of public policy issues. All clergy are expected and encouraged to preach and teach about the church’s statements and policies as part of their pastoral ministry.

The scriptures themselves are also full of guidance from prophets, Jesus, and the early church with strong political, social, and economic implications. Preaching what the scriptures say and applying to current situations is a significant part of what pastors are called to do.

A pastor may not use the pulpit, church publications, website or social media, or any other forum related to the church to declare their individual preferences for any political candidate or specific legislation. They may do so as private citizens using their own social media platforms. The IRS encourages religious leaders who speak or write in their individual capacity to clearly indicate that their comments are personal and not intended to represent the views of their church.

A pastor may critique certain actions or policy positions of specific candidates based on scripture or the official statements of The United Methodist Church. However, such critique must be about policy positions or actions, not whether that candidate should be elected.

Can a pastor be involved in local politics?

A pastor may be directly involved in local politics and even become a candidate for political office, as long as it is on the pastor’s own time and not as a representative of the church. The pastor cannot use their position in the church nor any church property or resources to promote their own political campaign.

Are we called to respect our elected leaders even if we disagree with them?

Whether or not our preferred candidate is elected, United Methodists pray for all leaders who serve the public and “support their efforts to afford justice and equal opportunity for all people.” We recognize the difficult decisions elected leaders make on behalf of the people they serve and the enormity of the consequences of those decisions.

However, we do not submit blindly to governing authorities. As the church, we strive to exercise a “strong ethical influence” upon the government, holding leaders accountable for policies that are just and opposing those who are unjust (Political Responsibility).

We hold government responsible for protecting the rights of the people and oppose governmental oppression of its people. Citizens may exercise their right to vote to ensure leaders responsibly use their power.

When government enacts policies that are unjust or detrimental, the witness of scripture shows us that there may be times when “biblical faithfulness will necessitate civil disobedience to the ruling authorities (Acts 4:1-20)” (Church-Government Relations).

As disciples of Jesus Christ working for the transformation of the world, we take our responsibility seriously to participate in building a more peaceful and just world fully.

How can I faithfully respond to an issue that concerns me?

United Methodists can work individually and collectively to effect change. Write to or meet with representatives; submit a letter to the editor; join in prayer vigils, marches, or social media campaigns; team up with like-minded people to learn more about how an issue affects those most directly impacted and work together for positive change.

Church and Society staff can help you develop a strategy to address the issues about which you are passionate. They can also help you connect with other teams in your area who are working on similar issues. Creating Change Together, a resource for local churches offers tools to address public concerns.

How can I talk about political issues with others who disagree?

In this time of polarization around social and political issues, Christians may struggle to have a positive dialogue with family, friends, and congregation members. Political differences are sometimes experienced as unhealthy conflict but can be experienced as grace-filled, charitable conversation.

Begin with an attitude of compassion and curiosity—practice active and respectful listening for understanding. Look for common ground as you clarify your values. Focus on what makes for the common good and not only your particular interests. Test what you say and how you say it alongside scripture, the Social Principles and Resolutions, and United Methodist tradition, and history.

Guidelines for Holy Conferencing: What God Expects of Us reminds us that every person is a child of God. People are defined, ultimately, by their relationship with God — not by the flaws we think we see in their views and actions.

JustPeace Center for Mediation and Conflict Transformation offers tools and resources for having welcoming conversations.

Courageous Conversations is a series designed to help local churches learn to move beyond impasses and discover how to listen well, learn from others, and respectfully disagree in love.

~ This document is available here as a pdf.