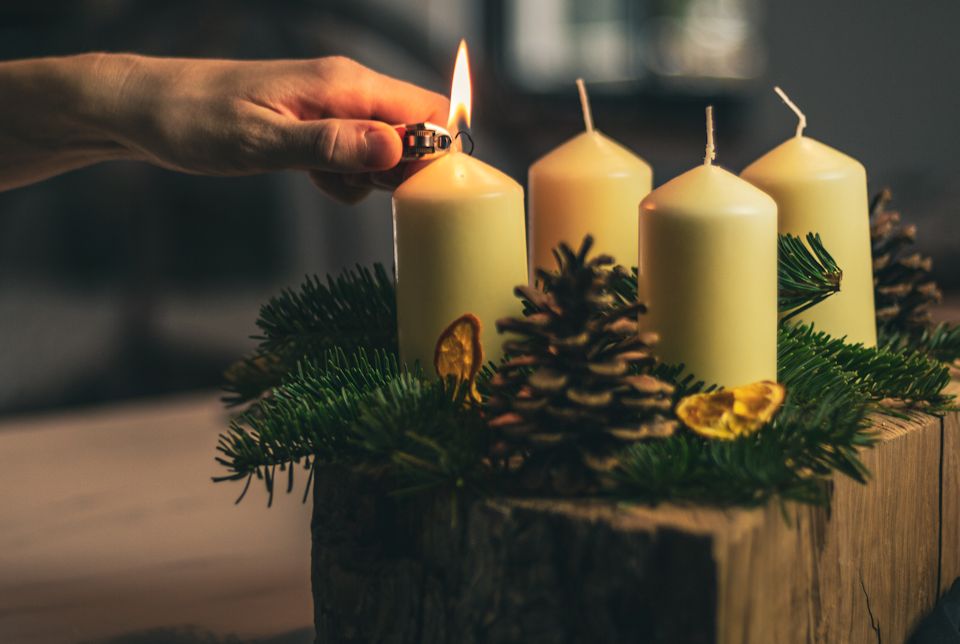 This is my final blog for 2020, and what a year this has been. As the calendar turned from 2019 to 2020 we United Methodists were preparing for a momentous General Conference, one that we anticipated would decide the very structure of our church moving into the future, one that would likely provide for a significant division within our denomination.

Anxiety ran high in the face of uncertainty about getting a significant proposal, the Protocol for Reconciliation and Grace through Separation, to General Conference. Michigan United Methodists met in early March for a special session of the Annual Conference to forward that legislation. We met as we were now hearing more about a new virus that first made its appearance in China but was beginning to spread globally. Days later, as it was becoming clear that this virus posed a significant public health threat, I asked congregations to refrain from in-person gatherings. We remain in the grips of the coronavirus pandemic, now raging as forcefully as ever in our country. The pandemic has brought with it profound economic hardship for many.

On Tuesday May 26, the morning news brought us the horrific image from Minneapolis of a white police officer with his knee on the neck of a Black man, George Floyd. Those eight-plus minutes were the final minutes of George Floyd’s life, and this brutal death brought wide-ranging protests across the country as it became clear that significant work of racial reckoning remains. The majority of the protests were peaceful, yet some led to civil unrest, and some provided an opportunity for persons whose only goal was looting and violence to wreak havoc.

In the midst of this time of pandemic, this time of economic hardship, this time of racial reckoning our nation held an election. The election and the social media surrounding it revealed profound polarization in our country, as well as concerns for the health of our democratic processes. Political polarization has had an impact on our response to our public health crisis. In the midst of the election, the President himself was sickened by the coronavirus. The events surrounding voting and responses to the election reveal a certain fragility in our democracy.

What a year. “Traumatic” does not seem too strong a word to describe 2020, pandemic, polarization, racial reckoning, economic hardship, denominational division, fragility in our democracy, trauma upon trauma. Add to that your own personal traumas. Perhaps you have suffered from COVID. Maybe you’ve lost a loved one to the disease. Some of the regular traumas of life do not hold off because of social turmoil.

The ancient Greek word from which we get our word “trauma,” has to do with being wounded or injured. We use the word to describe psychological wounds as well, though we typically reserve the word “trauma” for particularly dramatic wounds, something beyond daily stresses or superficial cuts. Traumatic events threaten our sense of self more deeply. Trauma leaves us feeling overwhelmed, wondering if we have adequate emotional resources to make our way through, finding it difficult even to find words to describe our experience, and feeling that our capacity for acting is diminished. Psychologist Robert Stolorow defines trauma “as, in essence, an experience of unbearable affect” (Trauma and Human Existence, 9).  Theologian Serene Jones writes that the experience of trauma carries with it “a loss of a sense of self, a breakdown in normal knowing and feeling, and a paralyzing lack of agency” (Trauma and Grace, 15).

I don’t know about you, but while I don’t feel all these things all the time, there have been enough moments when language seems inadequate to experience, when feeling overwhelms, where things seem disjointed and disoriented, when the right course of action is difficult to locate, that the word “trauma” seems fitting.

While this essay is my last of the year, it is also being written at the beginning of Advent and on the cusp of Christmas. I am thinking of John’s Christmas story. Here we find no angels, no shepherds, no manger. John’s is not so much a birth story as an arrival story, the arrival into the world of the Word who brings light and life. “The light shines into the darkness, and the darkness did not overcome it” (John 1:5).  In this time of racial reckoning, it is important that we place this light/darkness contrast into its cultural setting. In a world without battery-powered flashlights, without electric streetlamps, without LED bulbs, the dark of night posed its own perils, unseen ruts in the earth, the cloak of darkness for someone intent on doing harm.

We need to be explicit that this light/dark contrast has nothing to do with shades of humanity, though some have been guilty of making that illogical leap. John is wanting to tell us that the light and life arriving into the world in the Word are powerful. In one of my favorite expressions of this power, John writes, “from his fullness we have all received, grace upon grace” (v. 16).

As I contemplate the Advent and Christmas season without many of the familiar gatherings and rituals, without witnessing the lighting of Advent candles week-to-week, without gathering with others to sing wonderfully familiar songs, without being in a sanctuary on Christmas Eve shoulder to shoulder with other worshippers to sing, to hear the story again, to share candlelight, with cautious family gatherings at best, there is another sense of trauma.

Even if differently, the story will be told, the story of a census, and shepherds, and angels, and Mary and Joseph, and the baby in the manger, and it will be meditated upon. “The Word became flesh and lived among us … from his fullness we have all received grace upon grace.” Grace upon grace for trauma upon trauma. Grace to heal our deep wounds. Grace to restore our sense of self as beloved by God. Grace to embrace our overwhelming feelings and give them a modicum of order. Grace to give us language with which to describe what is going on. Grace to restore a sense that we are not hapless victims of difficult circumstances but can act with thoughtfulness and kindness, can respond with care and intelligence, can offer compassion to others who are also traumatized thereby bringing some healing to them and us.

In her book, Grace and Trauma, Serene Jones writes: “Isn’t the whole story of Christianity about the world imprisoned by violence being massively interrupted by the gift of God’s love? We are unable to conjure up this love, but God gives it to us nonetheless. That’s grace. Grace is a gift; it’s a free gift from God that comes from outside, capable of breaking never-ending cycles of violence.” Jones’ understanding of violence can be broad, encompassing a range of events that wreak havoc and create trauma.

“In those days a decree went out from Emperor Augustus that all the world should be registered” – an oppressive regime, violence, trauma. In that context, a birth, “and she gave birth to her first-born son and wrapped him in bands of cloth, and laid him in a manger, because there was no place for them in the inn.” This birth is announced as “good news of great joy for all the people.” “And the Word became flesh and lived among us… from his fullness we have all received, grace upon grace.”

Grace upon grace for trauma upon trauma.  Good news of great joy.

Blessed Advent and Merry Christmas on this Grace-filled, Joyful Journey.