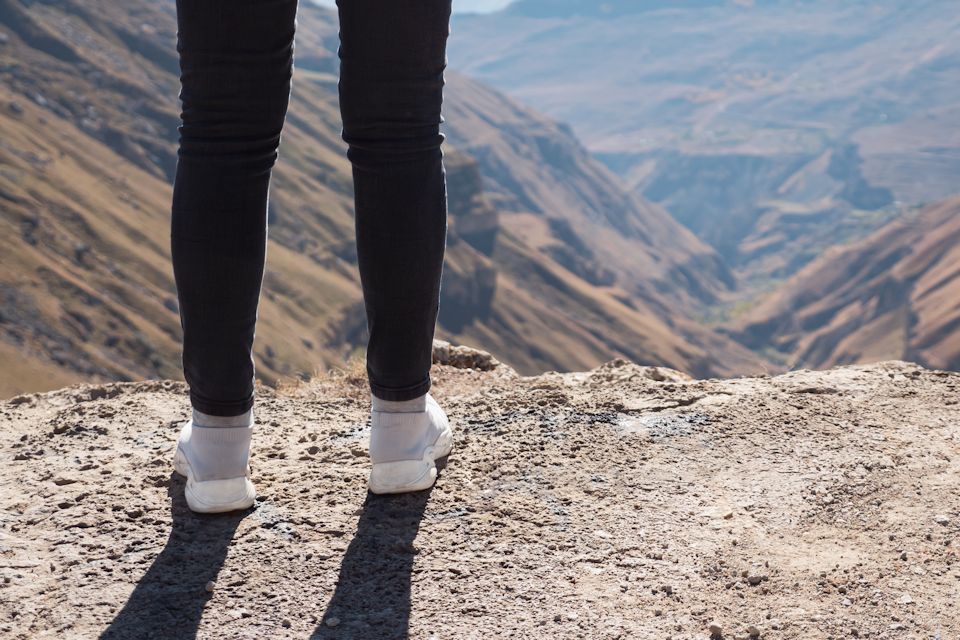 A side trip during a tour of the Holy Land was a highlight for the Rev. Margie Crawford. Her time in the valley taught her something about faith for today’s struggle.

I have had the privilege of making two trips to the Holy Land. The first was in 2011. Our tour group consisted of laity and clergy from the Michigan Conference. We arrived in Tel Aviv, boarded three buses, and traveled to Galilee. By the time we reached our hotel, it was well after dark. The first morning of our tour, we woke up to the sun rising over the Sea of Galilee. And from there, we visited the places where Jesus walked, preached, and healed those he met.

From time to time, our tour guide would take us on side trips. These little excursions were places that were dear to his heart. One day we stopped along the highway between Galilee and Jericho to take pictures of a shepherd and his flocks of sheep and goats. We also stopped on a hill to meet fruit vendors and take an impromptu camel ride.

On the day we visited Masada and the Dead Sea, our bus had enough time to take a detour, which left each of us breathless. After a long and winding trip on what was barely a road, we arrived at a plateau. Our tour guide invited us to the edge of a cliff and asked us to look down. As we did so, he informed us that we were looking into the Valley of the Shadow of Death from the 23rd Psalm. It is known as the Wadi Qelt, and at the time of Jesus, it was one of the main roads between Jerusalem and Jericho.

St. George’s Monastery sits about two-thirds of the way down. It is built into the hillside and offers shelter for the pilgrims who visit the area. There is also a winding way along the valley floor. There were dark places on that route, places where the sun could not reach and bring light to the road. The sides of the cliff were jagged, and in some places, gnarled bushes were hanging on. From our vantage point, we couldn’t see the entire valley. Off to our south and north, the valley floor curved away from us.

I can only imagine what it would be like to walk through that valley and look up at the clifftop, which might have appeared to be unreachable. How far ahead could one see as they walked through the valley? On ground level, did those patches of shade appear more like pieces of night? I also wonder what sound was like on the valley floor. If one shouted, would the walls echo the sound or dampen it?

Did King David take this route as he fled from Saul when the former king sought his life? Did King David look around the valley floor and feel lost and alone? That’s not what the fourth verse of the 23rd Psalm tells us. “Yea though I walk through the shadow of the valley of death, thou art with me. Thy rod and thy staff they comfort me.” And each time I hear these words or read them, I remember looking down into this valley, knowing that this place has been exalted because God is there.

Today, we are in the midst of a different kind of valley journey. It may not be as tangible as the Wadi Qelt. And yet, our experiences are just as deep. Our Lord’s words encourage us to have faith. God has not left us. The Lord is with us in each valley we face. Our Lord is our guide, our light, and our salvation, even as we begin a new year that seems to be starting in the same way the last one ended. We have the Lord’s blessed assurance as our Christian story and heritage.

I have included a picture of the Wadi Qelt for you. May it remind you of the many ways that God is present in our lives. God dwells in the valleys and peaks of our life journey. And Amen.