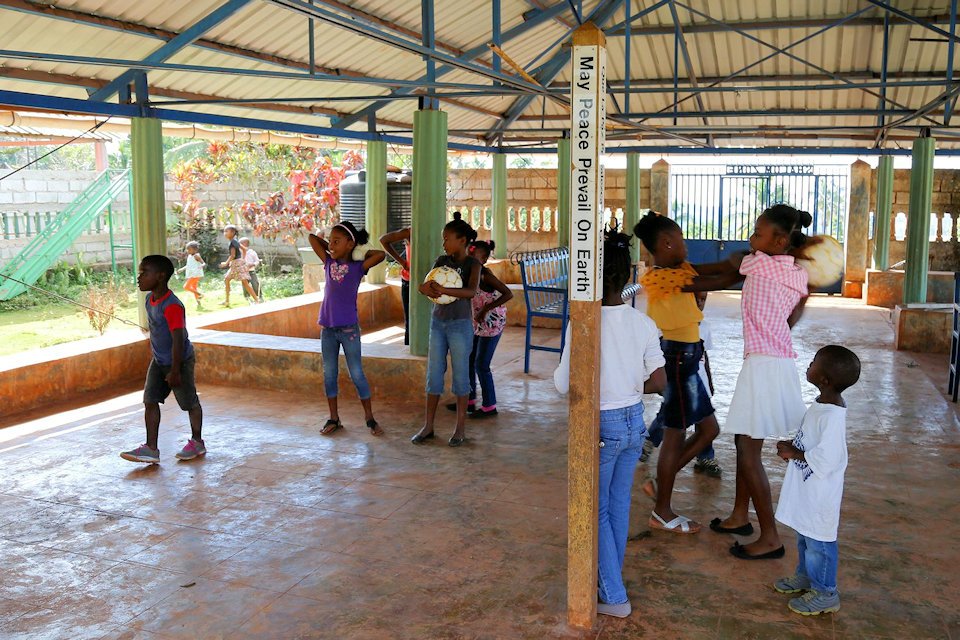 Valerie Mossman-Celestin, Co-Director of Haitian Artisans for Peace International (HAPI) shares a photo and a reminder: "'May Peace Prevail on Earth.' When you turn on your nightly news and you see images of Haiti with people filling the streets, destructive acts, frustration … look at these kids, their smiles, their hopes and dreams. This too is Haiti. Don't forget." ~Facebook/Haitian Artisans for Peace International

Prices are soaring and political unrest continues in Haiti. Michigan United Methodists pray for stability and peace for the people.

The Methodist Church of Haiti and The Michigan Area of The United Methodist Church have been covenant partners since 1996. For 23 years there have been many prayers raised for this relationship, many hours committed to VIM service, and thousands of dollars given in support of various ministries.

Today Haiti emerges from over a week of civil unrest which has largely gone unreported in the U.S. press. The Michigan Area Haiti Task Force Chair, Rev. Karl Zeigler, has called for prayers for all in Haiti.

On his Facebook page Zeigler also shared, “10 Things you Need to Know about the Crisis in Haiti,” as compiled by The Haiti Collective. The Haiti Collective is a “network focused on empowering Haitian churches and communities through relief, development, and reform initiatives based on mutual partnership.”

On February 18, 2019 the Associated Press reported, “Businesses and government offices slowly reopened across Haiti on Monday after more than a week of violent demonstrations by tens of thousands of protesters demanding the resignation of President Jovenel Moise over skyrocketing prices that have more than doubled for basic goods amid allegations of government corruption.” Read more.

The Michigan Conference joins the world in prayers for God’s people in Haiti.