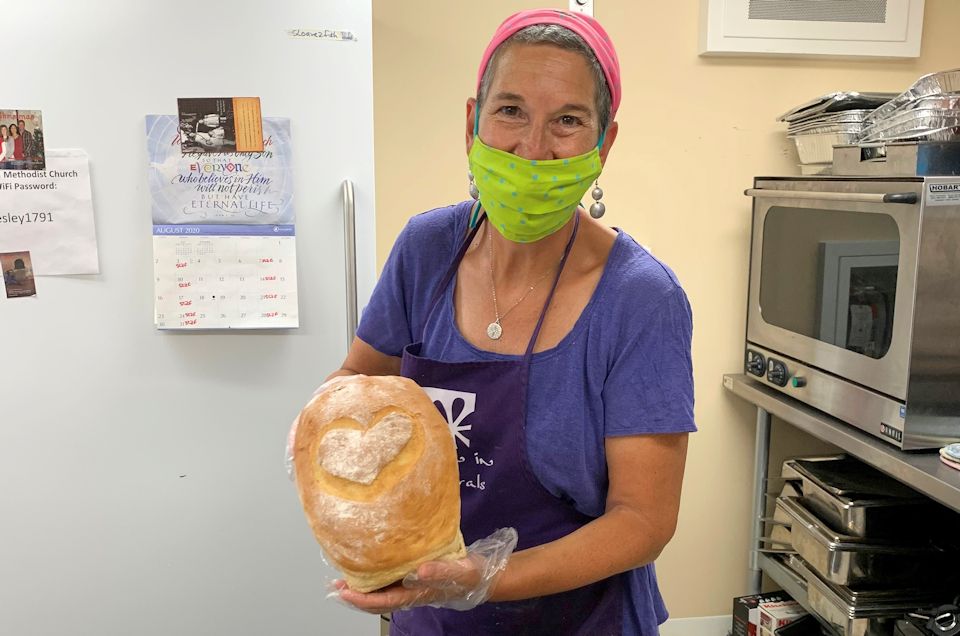 The deaconess, modeled first by Phoebe in the New Testament, is a vital role for lay women in today’s church. CSRW tells the story.

March is Women’s History Month, and we are taking a special focus on various women who have promoted hope and healing through the Church and beyond by means of their vocations, callings, and ministry to others. This series is also connected to the 50th anniversary of the General Commission on the Status and Role of Women (GCSRW), whose work seeks to enable full and equal participation of women in the life of the United Methodist Church, locally, nationally, and internationally.

In celebration of fifty years of GCSRW, we also celebrate the many ways in which women have served others and brought hope and healing to families, communities, and congregations. This month, we ask you to consider how you might take inspiration from these stories and engage your own local ministry opportunities.

Did you know that there are four deaconesses living and serving in The Michigan Conference. They are:

.Amanda Mountain serves as the Director of Motown Mission in Detroit. Deaconess ‘walks with’ young people

Michelle White is Co-Director of 5Loaves2Fish Outreach Ministries at Leland Community UMC. A deaconess in the kitchen.

One of the first professionalized modes of ministry for women came in the role of deaconesses. The deaconess, modeled first by Phoebe in Romans 16:1-2, is a consecrated position for women. In various denominations, the deaconess has different functions and specializations. The modern-day movement of deaconesses really ramped up in 1830, following the implementation of the order by the Lutherans. Initially, the role required celibacy and avoiding marriage. Once a woman married, she was “retired” from deaconess service. In the Methodist tradition, deaconesses have typically been an office of laywomen. However, beyond the 1939 merger, when the north, south, and Methodist Protestants merged, they moved the office of deaconess under the Women’s Division for Christian Service. In 2004, they added the role of home missioner for men to have equal opportunity to serve in unique ways that did not require ordination.

Deaconesses became a major outlet for Methodist Episcopal women in the late nineteenth century to serve the oppressed and marginalized of their communities while also expanding their capabilities beyond that of socially-constructed domesticity. In 1885, Lucy Rider Myer opened the first training school for deaconesses in the Methodist Episcopal Church, the Chicago Training School. At CTS, women could take courses in Bible, Bible history, medicine, music, church history, and pedagogy. One special area of the program focused on visitation, or practical experience, where students visited mercy missions, the poor, the ill, and the unchurched.

Other schools began popping up across the United States. The New England Deaconess School opened in Boston in 1889. In the Methodist Episcopal Church South, Belle Harris Bennett started the Scarritt Bible and Training School in Kansas City, MO, with a $25,000 grant from namesake Nathan Scarritt. The school moved to Nashville in 1928. Scarritt College offered opportunities for southern Methodist women to also engage the same types of deaconess and missionary roles as those in the northern branch of the denomination.

All of these training schools pioneered the development of a new area of social sciences: sociology. As deaconesses served their local contexts, they also researched the social problems occurring and provided programming for social services and education, while also searching and discussing the role of the Church in providing a solution. The training school movement eventually fizzled out, but the role and necessity of deaconesses did not!