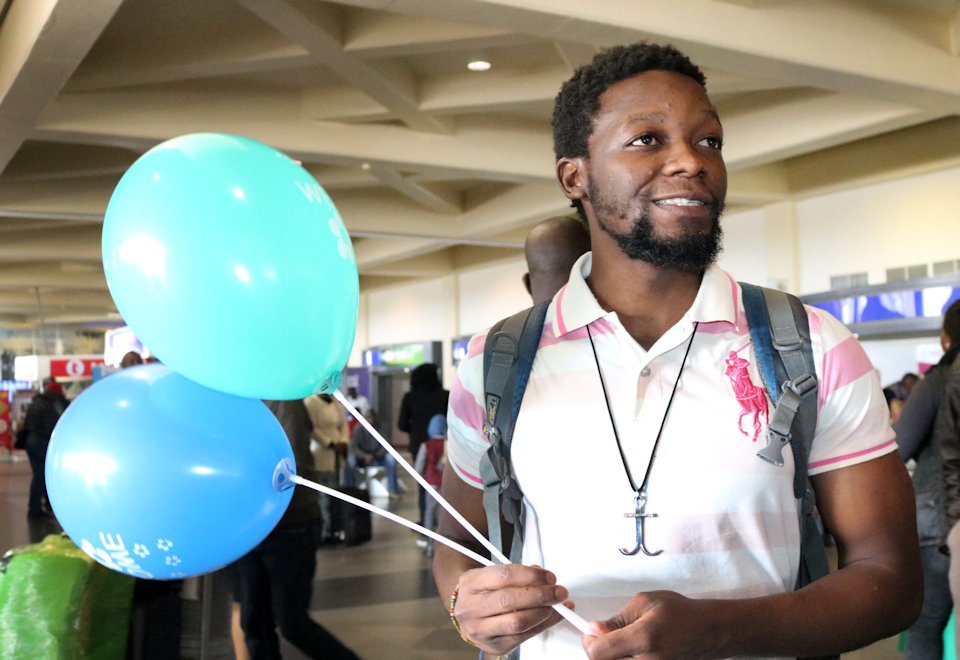 Tawanda Chandiwana exhibits a broad smile as he arrives home in Zimbabwe following a 56-day detention in the Philippines. He wore his anchor cross, emblem of his missionary service, during his time in jail.~ UMNS/Taurai Emmanuel Maforo

Christian symbols take many forms. This cross, as old as the church, teaches faith is “an anchor for the soul.”

When missionaries are commissioned for service, an anchor cross is placed around their necks, as a symbol of their call to mission service.  It identifies them as United Methodist missionaries and serves as a constant reminder of their covenant.  The anchor cross symbolizes the need for the missionary to be anchored in Christ and in the community they serve, and their call to ministry with all people, wherever there is need.

The United Methodist Church has a long tradition of sending people into mission service. Throughout history, the church has understood that Christian mission can be a perilous journey.  The challenges of mission are no less today than any other time.

A year ago three young United Methodist Global Mission Fellows were detained in the Philippines. They were allowed to leave the country, one-by-one, starting with Adam Shaw. Tawanda Chandiwana, jailed on May 9,  was allowed to fly home July 6; Miracle Osman July 13.  General Board of Global Ministries head, Thomas Kemper, reported that Chandiwana continued to wear the anchor cross during the ordeal, “as a kind of protection” while in detention. When someone asked Chandiwana if he was a sailor, his reply was that he was “anchored in Christ,” Kemper said.

The anchor cross, one of the oldest Christian symbols, expresses faith and hope in Christ, a message found in Hebrews:  “We have this hope as an anchor for the soul, firm and secure.” Hebrews 6:19 (NIV) We still find examples of this early icon on tombs in the ancient Roman catacombs, on gravestones and in Christian art.

Together the anchor and the cross remind missionaries to be anchored in faith, hope and love while engaging in God’s mission. This symbol also connects each missionary to the larger community of United Methodist missionaries, ever reminding them of these companions in the journey.