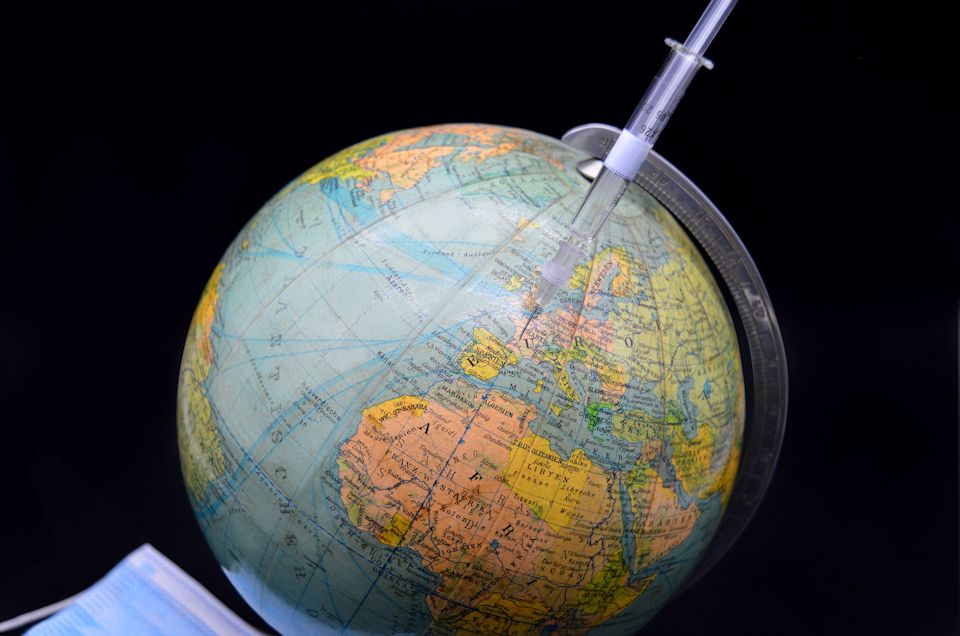 Image by Frauke Riether from Pixabay

The Connectional Table’s move aims to make the fight against the coronavirus as much a focus as previous denominational initiatives to combat malaria and Ebola.

The leadership body also hopes to bolster current United Methodist efforts to counter misinformation and get more shots in arms.

“With more than 4 and half million deaths and counting worldwide from COVID-19 and vast disparities in vaccine distribution, there is a clear need for a massive and sustained effort to address this tragedy,” said the Rev. Kennetha Bigham-Tsai, the group’s chief connectional ministries officer.

The 64-member Connectional Table acts as an international church council that works to harmonize ministry and resources across general agencies and other church entities. Part of the group’s purpose is to coordinate the program life of the church with Gospel mandates, the denomination’s mission, and global needs in mind.

After a time for small-group discussion and a few amendments related to word order, the Connectional Table’s voting members adopted that motion:

“As an expression of discipleship and love of neighbor, the Connectional Table calls The United Methodist Church to address the inequities of COVID-19 vaccine access and education as a missional priority. We call the whole United Methodist Church to a prophetic and missional response to the critical need for global vaccine equity, access, and education.”

While there was broad agreement on the motion, the leadership body is still working out the details of how to carry it out.

Several members noted that they did not want to micromanage church ministries. But they also wanted to have a clear way to measure progress, just as the denomination’s Imagine No Malaria campaign set a goal of raising $75 million to fight the mosquito-borne disease. Ultimately, the initiative raised more than $77 million.

Bigham-Tsai said one metric should be if vaccination rates go up.

Members agreed that identifying vaccination as “a missional priority” is significant.

The Book of Discipline, the denomination’s policy book, defines a missional priority as “a response to a critical need in God’s world that calls The United Methodist Church to a massive and sustained effort through primary attention and ordering or reordering of program and budget.”

Typically, General Conference — the denomination’s top legislative assembly — adopts new missional priorities. However, the pandemic already has twice pushed back the big meeting, originally set for May 2020, and is complicating plans to keep to the new schedule of Aug. 29-Sept. 6, 2022, in Minneapolis.

He later added that the emphasis should be on caring for people around the globe, not fixing General Conference’s scheduling woes.

“It is a proposal about focus,” he said.

He pointed out that many United Methodists are already working to help people get inoculated.

Since the beginning of this year, United Methodist congregations, colleges, and medical professionals have been working to extend access and overcome vaccine skepticism. U.S. churches have found success holding mobile vaccination clinics, hosting community discussions, and sharing video testimonies of why members chose to be vaccinated.

The United Methodist Board of Global Ministries — the denomination’s mission agency — has been working since the pandemic began to help poorer countries respond to COVID-19. Now that work has turned to vaccines, Roland Fernandes, the agency’s top executive, told the Connectional Table.

“We work through our health boards across Africa, and we are focusing on education,” Fernandes said. “We are also trying to prepare our health facilities to help with vaccine distribution and vaccination. Some of our facilities are already distribution centers for the vaccine.”

He added that the agency has distributed several hundred grants around the world from the United Methodist Committee on Relief’s COVID-19 response fund. The agency also is working with ecumenical partners to address the contagion’s menace.

The Rev. Susan Henry-Crowe, top executive of the United Methodist Board of Church and Society, said her agency is working daily in the U.S. and at the United Nations to promote policies and regulations that provide greater access to vaccines worldwide.

Still, both Fernandes and Henry-Crowe acknowledge that great disparities in vaccine availability persist. In addition, multiple Connectional Table members mentioned that misinformation and fearmongering about the lifesaving vaccines also continue to hinder distribution.

As of Sept. 1, about 53% of the total U.S. population is fully vaccinated.

According to data collected by Johns Hopkins University, that percentage drops precipitously in poorer countries. For example, the fully vaccinated population is about 12.9% in the Philippines, 11.2% in Zimbabwe, 2.2% in Mozambique, and less than half a percent in Sierra Leone.

The U.S. has started to administer booster shots to immunocompromised people and has plans for everyone to receive boosters eight months after their second dose.

While the World Health Organization has criticized the push for boosters when many countries are still struggling to provide a first dose, Connectional Table members offered a different perspective.

“We have to be clear that while we are concerned about issues of equity and justice around vaccines, we should not stop people from getting booster shots if needed,” said North Katanga Area Bishop Mande Muyombo, incoming chair of the Connectional Table.

“The message is we have to encourage everyone to have vaccines.”