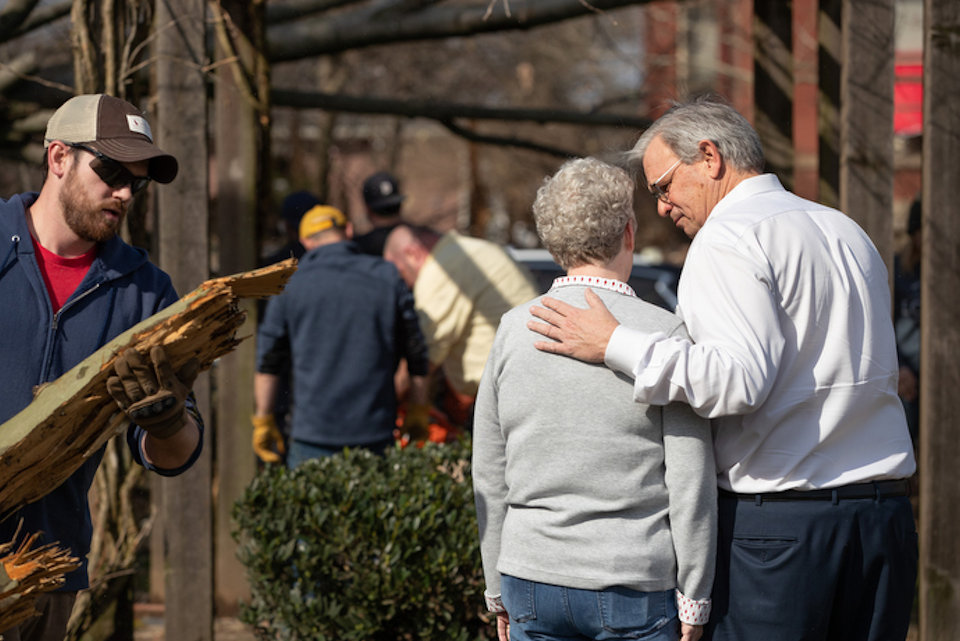 At least 25 are dead after tornadoes struck mid-Tennessee Monday night, March 2. UMCOR is funding relief efforts in partnership with the annual conference leadership.

March 3, 2020 — You go to church on Sunday and there’s a special offering. The first thing you think about is money. But those special offerings really are about people.

Case in point … UMCOR has already awarded a solidarity grant to the Tennessee UMC in response to Monday night’s tornadoes. This support for initial relief efforts came less than 12 hours after the wind and hail struck.

To join in supporting our neighbors in Tennessee, please give to United States Disaster Response at Advance #901670. As always, donors are assured the 100% of their gift goes to help those whose lives have been shattered by this storm.

We read or watch on the news and see communities, such as Nashville, overwhelmed by natural disaster. It can seem like too much. How could we possibly make a difference? How can our limited resources make a dent in the seemingly never-ending need of the world? We begin to shut out the reminders of suffering. We become blind. We willfully ignore the great needs of our siblings in Christ. But the reality is that as followers of Jesus Christ, we are called to respond with extravagant grace. Just as Jesus invited the disciples into the work saying, “We must do the works of him who sent me.”

UMCOR Sunday is March 22nd. It presents an opportunity to respond to what is seen on cable news and the front pages of newspapers. Because UMCOR Sunday pays the administrative costs of The United Methodist Committee on Relief, UMCOR is able to be among the first responders and able to make that 100% promise.

Because your church’s offering is joined with those of United Methodist congregations around the world, UMCOR remains strong in its day-to-day operations. When needs are immediate, UMCOR can respond quickly and efficiently with signs of extravagant giving and expert assistance.