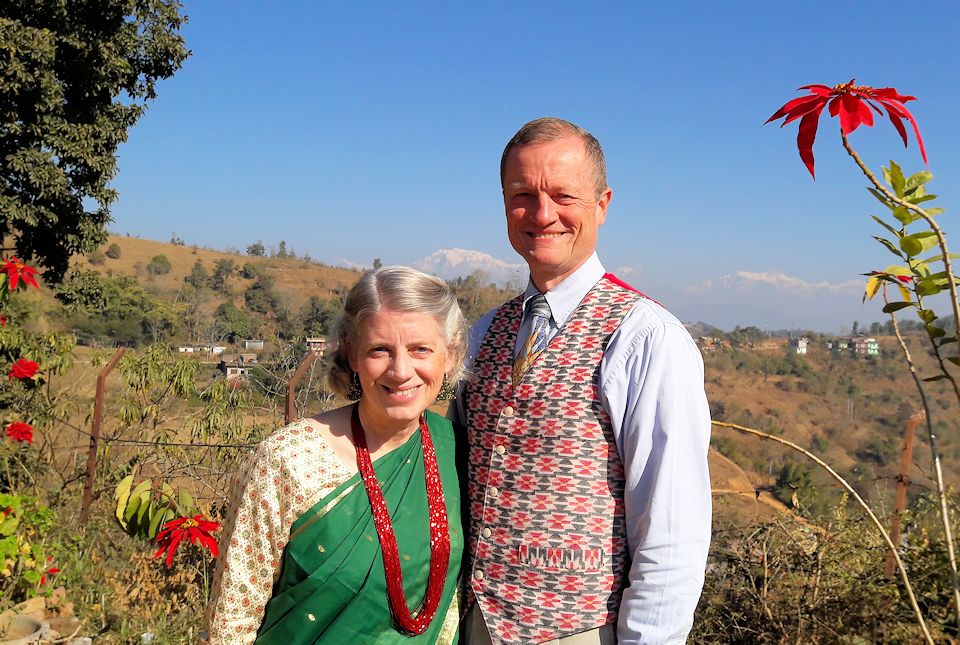 He’s a physician, and she works as an administrator at United Mission Hospital in Tansen, Nepal. You can meet Les and Debbie Dornon Zoom when they itinerate online Oct. 22 and Nov. 12.

Les and Debbie Dornon are United Methodist missionaries serving in Nepal. The Dornons are listed in the EngageMI mission guidebook, a list of projects that Michigan United Methodists are encouraged to support.

Les and Debbie currently serve in a mission hospital in Tansen, Nepal. She is the coordinator for expatriate services, and he serves as a senior physician at the hospital, working with other doctors on difficult cases, mainly in maternity and obstetrics.

Les is no stranger to Asia. His parents, Ivan and Eleanor Dornon, were missionaries in Japan. Les was born in 1960 and spent most of his first 20 years in that country.

Meanwhile, in Ohio, Debbie, also born in 1960, grew up in Middletown in First Methodist Church. In 1967, Ivan Dornon visited that church and issued a challenge. He said it wasn’t enough anymore to send money to support missionaries – people needed to do more! Debbie’s family did.

In 1984, Les and Debbie were married in Ohio – and Ivan liked to joke that the Middletown church supported them for many years financially and provided a wife for his son! Les did his Family Practice residency in Peoria, IL (Methodist Medical Center), and their children Rachel and Luke, were born there. Luke and his family now live in Zeeland, MI.

Les and Debbie made a two-year commitment to work together in Nepal. That turned into 30 years of dedicated service.

You have a chance to meet the Dornons when they do Virtual Itinerations in the coming weeks.

After registering, persons will get a link to connect to the zoom meeting.

READ MORE about their family’s two generations of missionary service.