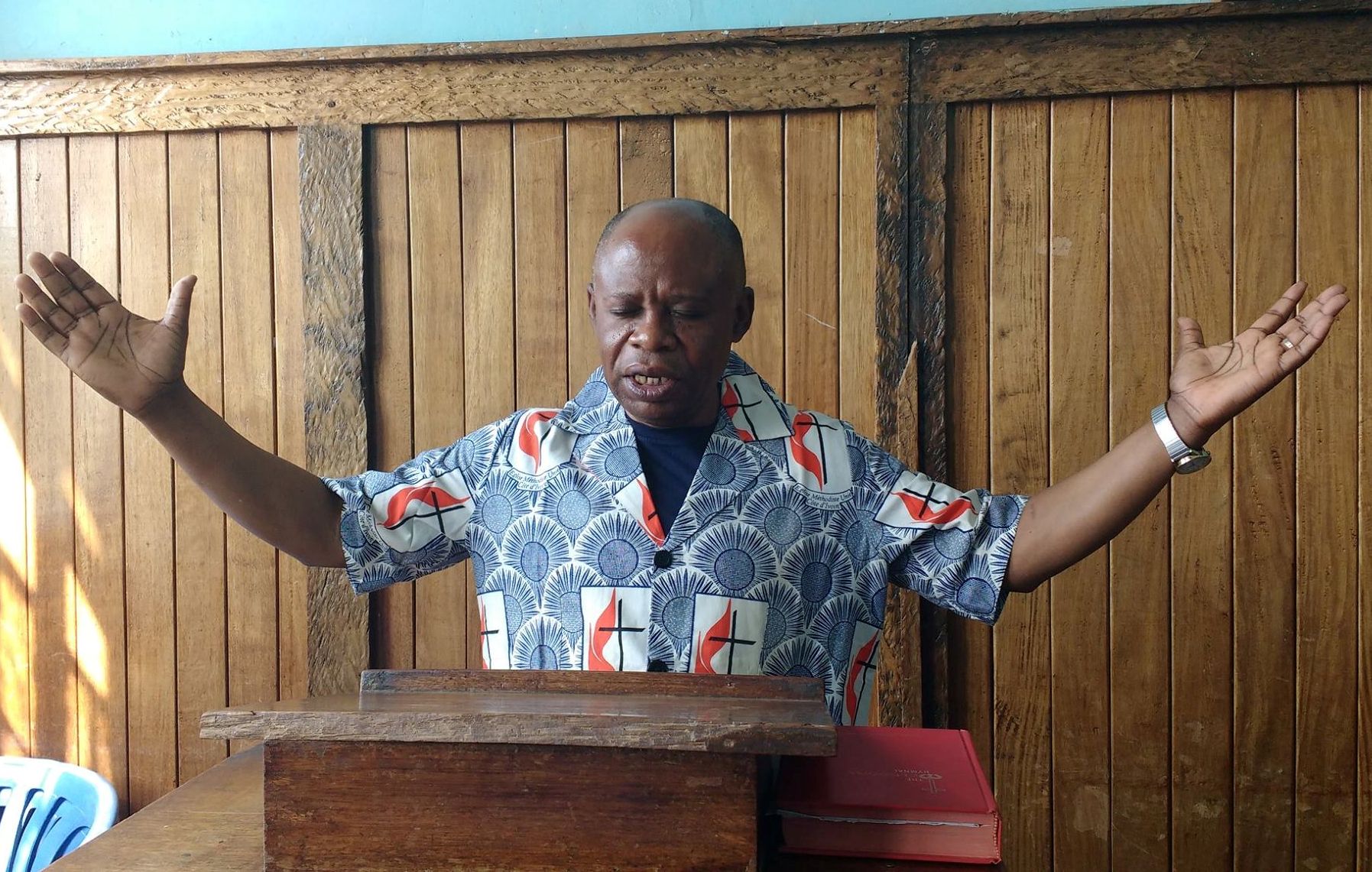 The Rev. Nkemba Ndjungu and his wife, Mbwizu, have served as United Methodist missionaries since 1998. They have worked in Senegal, Cameroon, and Belize. ~ Facebook photo/Nkemba Ndjungu Sr.

He heard a call to become a missionary during a prayer session in seminary. Nkemba and Mbwizu Ndjungu have since served the Lord in Africa and Central America.

Let me share how Mbwizu and I became missionaries.

After I obtained my Bachelor’s degree in Theology in 1984 at Mulungwishi Theological School in the Democratic Republic of Congo, I served as a pastor and District Superintendent for eight years. In 1992, I went back to Mulungwishi to pursue a Master’s of Divinity.

In 1994, while finishing that degree, the Rev. David Persons conducted a prayer session with all graduating students. Persons was a United Methodist missionary from Colorado and a Professor of Missiology at the Methodist University of Katanga at Mulungwishi. He told each of us what he had observed in us and what he felt God was calling us to.

When my turn came, Dr. Persons said that he felt that God was calling me to missionary work outside my native country of DR Congo. It wasn’t until 1997 that this prediction came to pass.

In the spring of 1996, I was elected a delegate to the General Conference. I headed the delegation seated in Denver, CO. While there, the General Board of Global Ministries contacted my bishop and told him they needed a minister to go to Senegal as a missionary. Bishop Katembo, without hesitation, mentioned my name. I was given forms to fill out once home in DRC.

In April 1997, I was told that I had been selected. In August, my wife and three of our six children accompanied me to Atlanta for a four-month missionary training.

In March of 1998, we arrived in Senegal. Mbwizu and I spent ten years there serving God by serving others. Twenty-three years later, we are still serving the Lord in a mission field outside of our native country. We now live and work in Belize. I supervise five places of worship.

God has a sense of humor, as people say. While COVID-19 has caused our churches to close their doors and limit physical contact, the pandemic has opened opportunities to do ministry in ways that we would never have explored otherwise.

Before March 2020, I used to travel three times a week to conduct Bible study in our congregations. Now, I teach by Zoom. When we used to have in-person Bible study, only five to ten people would show up. Our virtual Bible study involves 25-30 people every Wednesday afternoon. Indeed, our thoughts are not God’s thoughts. Neither are our ways, his ways. (Isaiah 55:8)

This year, due to COVID-19, the government has decided students must learn from home. This sounded like bad news, especially for parents who have limited education themselves. Many became desperate. Then, members of our church volunteered to take children into their homes to assist in their schooling. I have volunteered to do this with two children. Thanks be to God! This has allowed all the children to continue their education. None have been left out. What a wonderful community we live in!

Have you ever considered becoming a missionary? Here is how to get started. Learn more about me and Mbwizu and how to support us in our work with God’s people.

~ The Rev. Nkemba and Mbwizu Ndjungu are mission personnel included in EngageMI, the initiative of The Michigan Conference that encourages a broad scope of first and second mile giving and action. “Mission-with” is the focus of EngageMI. Belize is a country on the east coast of Central America, with Mexico to the north, and Guatemala to the west.