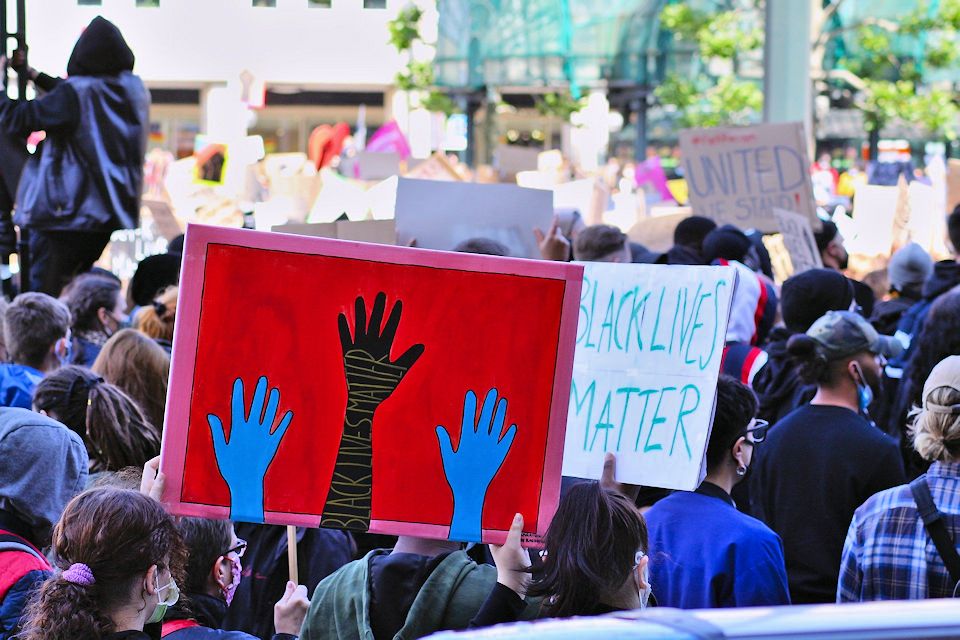 ~ Image by Patrick Behn from Pixabay

COAAM, the Committee on African American Ministries of The Michigan Conference, celebrates the “continued movement toward change” taking place across the country and around the world.

Learn to do good; seek justice, rescue the oppressed, defend the orphan, and plead for the widow. ~ Isaiah 1:17 NRSV

The Genesis story as it relates to the creation of Adam and Eve is and should be the context in which the church engages society to understand the nature of what it is to be human created in God’s image and likeness. In spite of such engagements, we continue to experience discursive acts suggesting that power and control are inherent possessions of Whiteness.

We, the clergy and laity members of the Conference Committee on African American Ministry (COAAM), join the world as we grieve the murders of Ms. Breonna Taylor, Mr. Ahmaud Arbery, Mr. George Floyd, Rayshard Brooks, and many others. These murders are blatant disregards of the image of God as living souls present in Black bodies. We stand in solidarity in naming the hurt and harms resulting from racial framing caused by White America, as evident in some of its policing agents. We, therefore, condemn in the strongest terms the genocides against the Black race resulting from deep-seated systemic racism that has precipitated these homicides.

COAAM is acutely aware and therefore name the foundational reality of this nation’s role concerning its racial past, where market mechanisms have led to objectifying Black bodies and subsequently leading to the creation of coerced labor. For centuries such ethnocentric structures have committed violence against people and communities of color, thereby siphoning their inalienable rights. The United States has historically boasted of its freedoms, yet she continues to hold a segment of its citizens captive. It is against such suppressive disorder that we lift our unified prophetic voice against Police brutality, lethal chokeholds, “no-knock” search warrants, and other practices that have resulted in the senseless killings of people of color.

Posterity will judge people of a nation that claims to be the bastion of hope, freedom, and equality. Be it known that we stand to give “Being and Voice” to Black people upon whom much discrimination and discursive practices have been imposed. Just as the blood of Cain cried out to God from the earth, so the blood of Black and Brown veins crying out to God’s people spilled as a result of structured oppression and systemic racism found in almost every facet of our society, inclusive sadly of our beloved United Methodist Church. COAAM asks that God help the bold, courageous leaders of our systems to recognize and realize that we are “one nation under God” when all men and women are viewed as equal with the right to breathe: live move and have their being.

It has been almost 57 years since the famous March on Washington and the gathering of God’s people to speak out for equality and justice and against systemic racism. Then, Rev. Dr. Martin Luther King, Jr. led the march, which included people of all races and nationalities. Now, God has brought people together under no one national leader. People who are outraged, that after all this time, systemic racism not only still exists but, as one person said, “It has evolved.” The sad reality is that people came together in spirit and truth to protest about the many black lives that have been unrighteously and unjustly taken. With the global infestation of COVID-19 coupled with recent racially motivated atrocities, God’s 2020 vision is exposing things that people have kept hidden for generations in response to both pandemics. The joyous part of the marches and protests is that people are not orchestrating one march or protest. There are many public demonstrations all over the world. It has been weeks, and people are not stopping the movement. They are continuing the protests until their voices are heard, and things are changed. This is the time that local, state, and national governments, as well as corporations, agencies, sports executives, are making changes to begin to eradicate systemic racism.

To this end, the continued movement towards change, COAAM not only supports what is being done but must look at where it sees any evidence of systemic racism in the United Methodist Church beginning with our own Michigan Conference. Change must begin from the inside, as world transformative disciple-makers of Jesus Christ, reaching out through our justice-seeking denomination.

COAAM Suggests The Following Pathways To Justice For All: Engage, Enlighten, Envision!

“Think it over,” says the Lord Almighty. “Consider how you have acted and what has happened as a result!” ~ Haggai 1:7 Living Bible (TLB)

Embrace, Align and Live Out The Social Community: Rights of Racial and Ethnic Persons

Racism manifested as sin, plagues, and hinders our relationship with Christ, inasmuch as it is antithetical to the gospel itself. In many cultures, white persons are granted unearned privileges and benefits that are denied to persons of color. We oppose the creation of a racial hierarchy in any culture. Racism breeds racial discrimination. We define racial discrimination as the disparate treatment and lack of full access and equity in resources, opportunities, and participation in the Church and society based on race or ethnicity. Therefore, we recognize racism as sin and affirm the ultimate and temporal worth of all persons. We rejoice in the gifts that particular ethnic histories and cultures bring to our total life. We commit as the Church to move beyond symbolic expressions and representative models that do not challenge unjust systems of power and access. We commend and encourage the self-awareness of all racial and ethnic groups and oppressed people that leads them to demand their just and equal rights as members of society. We assert the obligation of society and people within the society to implement compensatory programs that redress long-standing, systemic social deprivation of racial and
ethnic persons. We further assert the right of members of historically underrepresented racial and ethnic persons to equal and equitable opportunities in employment and promotion; to education and training of the highest quality; to nondiscrimination in voting, access to public accommodations, and housing purchase or rental; to credit, financial loans, venture capital, and insurance policies; to positions of leadership and power in all elements of our life together; and to full participation in the Church and society. We support affirmative action as one method of addressing the inequalities and discriminatory practices within the Church and society. – 2016 Book of Discipline, Social Principles ¶162.A

Engage – How does The Michigan Conference of The United Methodist Church intentionally seek social justice to demolish racial structures that impact people of color and missional ministry connections serving all with equity?

Enlighten – How the modern history of racism has impacted people of color?

Envision – How does personal racism impact my relationship with people of color?