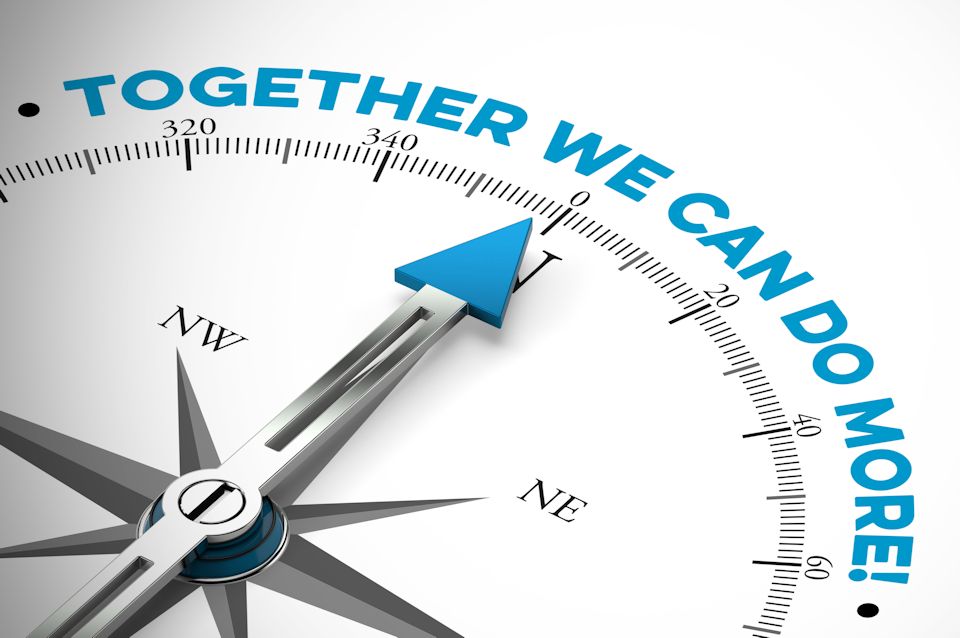 The Conference Leadership Council is the place where Michigan’s leaders meet to shape the direction of United Methodist ministry and mission in the state. The Rev. Dr. Darryl Totty is its new chair.

In addition to being a pastor and conference leader, Totty is also a devoted husband, a proud father, and a loving brother-in-law. In his first career before ministry, he was a successful national marketing executive for a large corporation. Before that, he was also an accomplished athlete with football experience as the quarterback. He knows about leadership under pressure and what it takes to move a team forward in the face of relentless opposition.

If you ask Totty about the moments in his life that turned him in the direction of his passion for Jesus and ministry, he mentions the lessons he has learned by meeting and loving his wife, Anita.  With her help, his empathy, compassion, and generosity have grown. He admires Anita’s deep affection for her special-needs brother, who lives with the challenge of Down’s Syndrome and a continuing battle with cancer. Darryl marvels at Anita’s ability to communicate fluently with a brother who has limited language skills.

When asked how he decided to switch careers and become a pastor, Totty remembers the surprise life-changing encounter with a business associate who challenged him during a tense sales meeting. Some of those in the room were facing termination for poor performance, but she said to him, “Darryl, you should stop playing church and answer God’s call.” Surprised by the unexpected invitation, Darryl instinctively altered the meeting’s direction and urged one of the managers in the room to postpone the planned firings for a month and instead offer under-performing employees additional coaching and training.

The challenge to consider ministry continued to occupy his thoughts. When Totty returned in a month, the woman who had challenged him to consider ministry had turned her performance around to become a top salesperson. When he asked her to explain why she had encouraged him earlier to answer God’s call, she replied, “Every time you see us, you are preaching to us!”

Totty wrestled with his genuine sense of God’s persistent claim on his life. When he shared the news of his desire to change vocations with his wife and that he had decided to leave a secure position for the unknowns of God’s calling, Anita responded, “It’s about time!” She had known about Darryl’s evident ministry gifts, too, and affirmed the choice.

Totty knows from his former career what it is to work long hours to succeed, but he has also had to learn new skills to handle the many adaptive challenges of ministry. He credits clinical pastoral education at Sinai Grace Hospital in Detroit for helping him hone pastoral care skills as he learned how to walk alongside all kinds of people in a diverse and ecumenical setting. He regularly interacted with victims of violence, poverty, and trauma at the hospital.

He attended Garrett-Evangelical Theological Seminary for his Masters of Divinity Degree from 1998-2001. Totty received his Doctor of Divinity degree from the Graduate Theological Foundation (Oxford, England). His doctoral project, “The Mission of Missions: A Strategic Response To The Great Commission” (February 2005), is the implementation of a strategy for Mission Ministry in large urban environments. Totty became an Oxford Fellow in England while balancing family responsibilities and serving as the appointed pastor first at Christ UMC and later Jefferson Avenue UMC in Detroit. During that time, Darryl benefited from the commuting skills learned in his marketing career. He logged more than a million miles of travel, taking advantage of discount tickets, flying round trip to Chicago from Detroit three days a week while at Garrett, back and forth to Indiana for his doctoral studies, and multiple times to England while studying at Oxford.

During the pandemic, the CLC has met quarterly via Zoom. Totty explained that the Conference Leadership Council is where leaders’ voices are heard, and direction is offered for our state-wide connectional ministries. He is grateful for the effective leadership given to this council by his predecessor, the Rev. Amy Mayo-Moyle, who served in this role for eight years, first in the Detroit Annual Conference and then in the Michigan Conference.

Totty began his service on the CLC in the Detroit Conference in 2013. Other connectional commitments at present include the Area Episcopacy Committee secretary, president of the United Methodist Black Clergy of Michigan, president of the Greater Detroit District Rev. Dr. Martin Luther King Jr. Committee, and Lifetime Harry Hoosier Member of the National Black Methodist for Church Renewal. He also serves on the conference committees on African American and Asian American ministries.

The new CLC head acknowledges that United Methodism in Michigan faces many challenges, but he prefers to see them as God’s great ministry opportunities.

He identifies the church’s importance to be relevant and tells a story about a Sunday morning worship service featuring a children’s time. An elderly saint asked the children if they knew the definition of a big word like “atonement.” None of the children were familiar with that word.  She then suggested that the children could look up the definition of the word in Webster’s Dictionary. One child replied, “No, I’ll just Google it!” Darryl noted that adults who lead the church need to become fluent in our younger generations’ language and culture if we wish to remain effective.

Totty also knows that the coronavirus has been hard on many aspects of congregational life. He recognizes this disruption has created incentives for congregations to become more proficient with technology and become more intentional in engagement with the greater community’s needs beyond the church walls.

Darryl believes strongly in the importance of passionate worship and knows that the church must help transform our world for Christ by walking out beyond our church buildings to grow relationships that matter with people who might never come inside. He asserts that God’s people need to be intentional about the regular exercise of hospitality and compassion. Darryl knows that there are fewer persons in church on any given Sunday morning and more attending youth sporting events, shopping at big box stores, or staying at home. He knows that the church, to be relevant, has to continue to find ways to connect with our wider communities. Totty suggests practical ideas like helping to feed the hungry, offering courses in financial literacy, and working for effective change in a society still plagued by a legacy of racism. He notes that Second Grace United Methodist Church supports a community health center and community feeding programs as a part of its outreach ministry.

Totty believes that we must also do more to address racism than public protest marches or posting “Black Lives Matter” signs. He is hopeful that Michigan United Methodists can find inspiration and direction for further substantive change from the teaching and writings of leading African American scholars and clergy. See his recommendations for some of those leaders whose ideas can be transformative for the church.

Darryl dreams of a day when the demographics of Michigan Conference congregations will more accurately reflect the state’s population’s great diversity. He acknowledges that we all need to be intentional about becoming more cross-cultural in welcoming and relationships for this shift to happen.

He understands the transformative power of mission trip experiences. A journey to Haiti changed his life, as did a similar mission trip to Bosnia for another family member. When we venture to take part in mission for Jesus, God blesses the givers and the receivers.

Totty also knows the great challenge that the United Methodist Church will be facing in this next year as we again seek, as a denomination and as an annual conference, to deal with issues around greater inclusion. As The United Methodist Church faces possible division, he is committed to trying to model the love of Christ in his leadership and is open in his belief that we are more effective in ministry together.

Darryl has an abiding faith in God and a conviction born of experience that the challenges of adaptive change present new ministry opportunities.

The Michigan Conference welcomes this new quarterback for the Conference Leadership Council. He brings wisdom, passion, integrity, intelligence, experience, abilities, vision, and an awareness of God’s calling to the task. We have another gifted quarterback in position to lead us with his “play calling.” To move the church forward for Jesus, it is up to the rest of us to do our part for God.