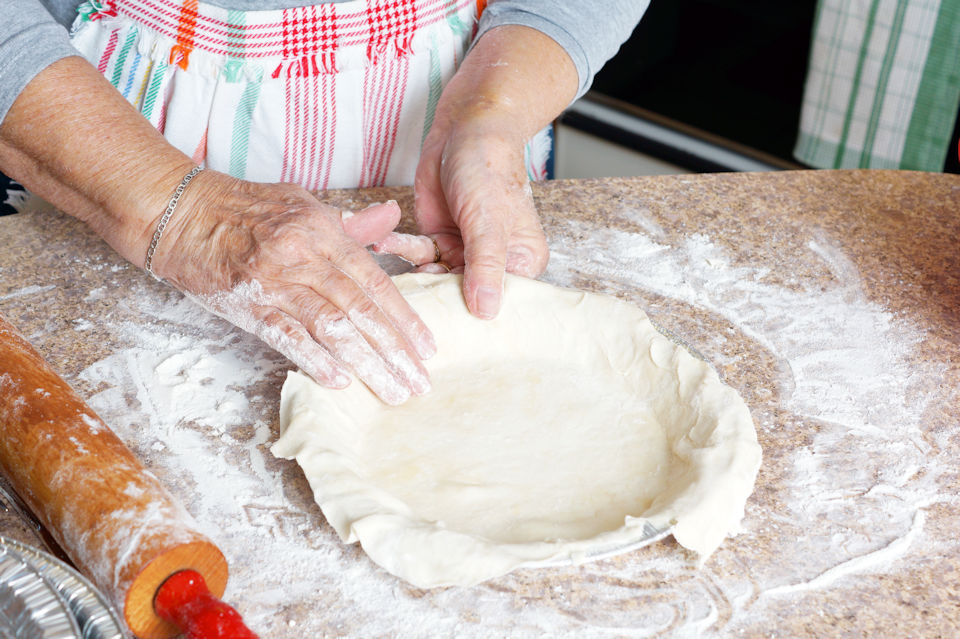 In this season of thanksgiving, the Rev. Benton Heisler gives thanks for the legacy he has received from his farming family and his loving God. Grandmother’s poem shaped his life.

“Bring the whole tithe into the storehouse, that there may be food in my house. Test me in this,” says the Lord Almighty, “and see if I will not throw open the floodgates of heaven and pour out so much blessing that there will not be room enough to store it.” (Malachi 3;10)

The family legacy story was often repeated so that I understood the importance of faith in God and the value of friends and community.

My grandparents were farmers in the early 1900s through the early 1970s in northern Indiana. They managed through the depression, as my father and his sister grew up, by living off the animals and land. My grandfather ran a harvesting company, going from field to field in that region with his equipment, in addition to the 600 acres and livestock he managed for my grandmother and her four sisters.

In the fall of 1939, while my father was home from college, my grandfather was attacked by the bull as he led him to the watering trough. My father was out in the field nearby with the dog and the county extension agent looking over the crops. They heard my grandmother’s screams from the porch and saw all the commotion in the barnyard. Instantly my father knew what had gone wrong. “Get ’em Collie,” was all my dad said he had to say.

The dog attacked and distracted the bull while my grandfather was rescued. He lived, but multiple broken ribs kept him in an easy chair for weeks … at Harvest Time! Not to worry, all the neighbors  Charlie had helped at one time or another came together to help him and his family.

I treasure the memories of visits to the farm and working alongside my father and grandfather. Three lessons were always made clear: Your word is all the contract necessary. Give the first fruits back to God. Only chores essential to the well-being of the animals would be done on Sunday.

Throughout my life, I would often observe my parents helping others in various ways. Sometimes out of their abundance and other times as a result of their sacrifice. “After what others have done for us, we need to return the favor to others,” my father would say.

Fast forward to the 1970s, I am now a teenager, and my sister has just headed off to college. My father developed a lengthy health condition that unexpectedly kept him from full employment. That Christmas, I remember a family from church bringing $50 and a huge bag of groceries to our front door. “We imagined you could use a little extra. We are happy to pass it along.” I saw the tears in my parents’ eyes.

December 8, 1990, my father died suddenly of a heart attack. He was in the woods with men from our church cutting wood for a family that couldn’t afford to buy it for the stove they used to heat their home. Though his death stunned me to my core, I also knew that was exactly how he would have chosen to see his life end … while helping somebody else.

Through these almost 30 years since I have chosen to ease the sadness of his loss and honor the legacy of his life by helping others whenever I am able.

Her legacy story was unique but similar. Her husband’s wages were of modest quantities in the depression and the years that followed as he labored in a bookbinding factory. She covered the gaps and fed my mother and her brother in those meager years by doing laundry for others, taking in a school teacher as a border and canning fruits and vegetables all summer.

One day, late in the fall, she heard a terrific crash in the basement! Yes, the shelving had given way, and the entire summer’s labors and winter’s provision were in a mixed pile of broken glass jars as fruits, vegetables, and boards all combined for a tragic stew.

Friends and neighbors began to hear of the family’s plight, and from their abundance, the shelves were re-built, and provisions were restocked.

This legacy of surviving crisis through the generosity of others and then passing along from abundance and sacrifice is our family’s tradition. The stories always emphasized the power of prayer and an unwavering trust in God to provide. Linda and I have many profound experiences of God providing in unimaginable ways. Each crisis survived, and each opportunity to participate in blessing others continues the legacy God’s abundant provisions. That abundance fills more than a grain bin or a pantry, it occupies the void in our hearts that only the love of Jesus can satisfy.

As I sit down at the Thanksgiving table this year, I will again express gratitude to God for the legacy of provisions provided by others, the gift of salvation because of Jesus sacrifice for us all and the opportunity to witness to others about the life-transforming power those blessings and that salvation can have.

As I place our tithe in the offering plate, I visualize Malachi’s storehouse. I see combines across fields as my grandfather rests on the porch. I see my grandmother, apron over her dress and flour on the counter, as a pie bakes to perfection in the oven. I see the wonder and gratitude on the face of a struggling family as she rings the doorbell, hands them the pie, and says, “If you’ve had a kindness shown pass it on…”

And I see Jesus, turning to the Father and saying, “You know, maybe they do understand …”

“Go thou and do likewise …”