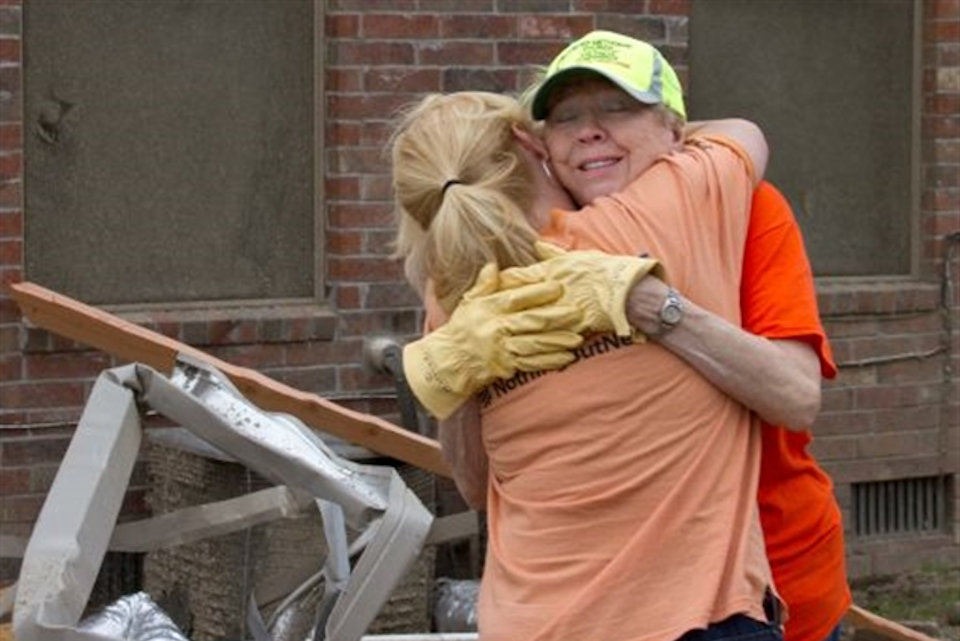 Early Responders know how to prepare for recovery teams and to provide assurance to survivors that God’s people care about their lives and homes. A generous new grant supports training.

Seeking to support the life-changing work of the United Methodist Committee on Relief (UMCOR), an anonymous benefactor has pledged over the next ten years the income from a $5 million asset to support the training of UMCOR’s volunteers and its continued response to disasters in the United States. In providing this gift, the donors hope others will be encouraged to support UMCOR in its efforts to respond quickly and thoroughly to future disasters.

Known for being “early in, last out,” UMCOR is the global humanitarian aid organization of The United Methodist Church. Since its founding, UMCOR, through its United States Disaster Response (USDR) program, has supported its partners dealing with many natural and other disasters that have impacted the nation and its territories.

In 2019, UMCOR’s U.S. Disaster Response program and its network of instructors trained 4,042 volunteers to respond to disasters in the U.S. and designated $22,613,587.87 for U.S. disaster response. UMCOR’s Early Response Team (ERT) training system provides responders with the information and skills necessary to support disaster survivors as soon as communities allow teams into impacted areas. UMCOR will partner with United Methodist Volunteers in Mission (UMVIM) for future disaster response trainings, the first of which will be in July 2020.

The next Michigan Conference Disaster Training will be held at Clarkston UMC, Saturday, March 28, 2020. ERT Training is scheduled for 9am to 4pm. UMVIM Training is also 9am to 4pm. Click links for full details and registration.

Background-checked, badged and motivated to be a caring, listening Christian presence, ERT members prevent further damage by tarping roofs, stabilizing structures and clearing debris. ERTs know how to prepare a structure for recovery teams and to provide assurance to survivors that God’s people care about their lives and homes.

“The Bible teaches us to ‘Love Thy Neighbor’. The United Methodist Committee on Relief has done this by offering assistance when disaster strikes,” a representative of the benefactor said. “Using their network of associates trained in emergency response, UMCOR is able to work with churches and community leaders on the local level to help those directly impacted by disaster. They help our neighbors no matter who they are and regardless of background or belief. Through the establishment of this fund, named for and honoring Methodism’s founder John Wesley, we believe UMCOR can continue to provide training for volunteers called to help in times of need.”

“This gift is a testament to the 80 years of UMCOR’s work and the countless United Methodists who have stepped up to volunteer when their communities have faced a disaster,” said Roland Fernandes, executive director of UMCOR. “We are thankful for this gift and the confidence these friends have in UMCOR’s work.”

“UMCOR responds to disasters in a holistic manner that recognizes the ways survivors and volunteers can be creative partners in recovery,” said Cathy Earl, UMCOR director of U.S. Disaster Response. “The creation of The John Wesley Fund for U.S. Disaster Response will enable us to prepare even more volunteers to interact with vulnerable survivors with hope and healing in difficult circumstances.”