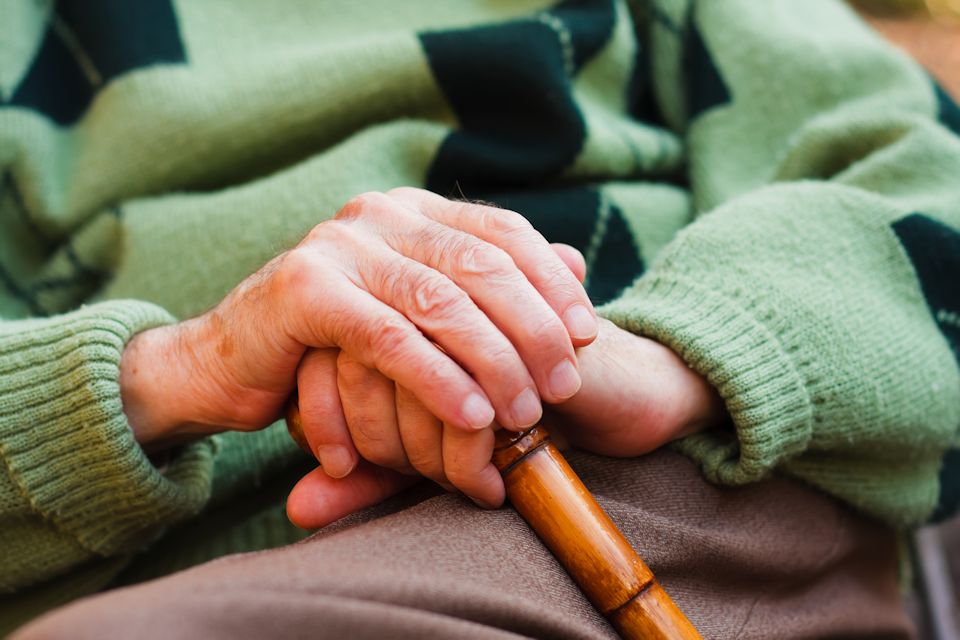 The tradition of the Conference Cane dates back to 1904 when Michigan Methodists celebrated the centennial of the arrival of the first Methodist preachers in the state. ~ Adobe stock photo

The Michigan Conference Cane changed hands in 2020. We remember the passing of the Rev. Arthur Spafford and honor the new recipient, the Rev. Joseph Ablett.

Some years ago, the Assistant to the Bishop attended the funeral of the oldest clergy member of the conference, the “Holder of the Conference Cane.” As he approached the casket to pay his respects, he was surprised the see the historic cane itself resting in the hands of the dearly departed clergyman. Fortunately, he was able to talk to the son of the deceased saint to explain the tradition of the cane, and they had it removed from the casket just before it was closed. Otherwise, the gentleman would have become the PERMANENT Holder of the Conference Cane!

The tradition of the “Conference Cane” stretches back into Methodist lore and history. In 1904 when Michigan Methodists celebrated the centennial of the arrival of the first Methodist preachers in the state, Daniel Freeman and Nathan Bangs, the two conferences looked for ways to honor retired ministers. Private donors gave canes to each conference to be presented to the minister “who has been in the regular service for the longest period” (Detroit) or “oldest member of the Conference” (West Michigan). The Detroit Conference received its cane from Ira Tietsort, a member of Preston Methodist Episcopal Church in Detroit. The West Michigan Conference Cane came from George G. Whitworth, a member of the Division Street Methodist Episcopal Church in Grand Rapids.

The West Michigan cane was elegant with a gold head. The Detroit Conference cane was made of wood from the original Methodist Episcopal church in Adrian, where the Detroit Conference was organized in 1856. It included inserts of wood from the first Methodist log church on the River Rouge, the bookcase of Seth Reed, an early circuit rider and a famous preacher, and a tree near the grave of early Methodist Barbara Heck. There is an insert of wood from the Ann Arbor church where Judson Collins, the first Methodist missionary to China, was converted in 1837 and from the pulpit of Lovely Lane Meeting House in Baltimore, Maryland, the birthplace of the Methodist Episcopal Church in 1784.

Since 1904, 59 retired ministers have received these canes, 28 in West Michigan and 31 in Detroit. Seth Reed, who lived to be 100 and attended 79 consecutive annual conferences, held the Detroit Conference cane for 19 years. One of the most interesting cane holders was the Rev. Konstantin Witt, who immigrated from Estonia in 1944 and served his ministry in the Upper Peninsula.

When the two conferences merged in 2019, the Commission on Archives and History retired both canes and replaced them with a new one. A plaque is now presented to the holder, and the cane itself remains in the conference archives, to avoid the inadvertent burial of the cane with the deceased clergy.

Well-known and beloved pastor the Rev. Arthur Spafford held the cane from 2014 until his death in July. His 65 years of ministry represent the history of Michigan Methodism. Spafford was ordained and served in the Evangelical United Brethren Church until the 1968 formation of the United Methodist Church. He served in both the West Michigan and Detroit Conferences before the creation of the Michigan Conference in 2019. Arthur’s life and work genuinely honor the tradition of the Michigan Conference Cane.

Diana Spitnale Miller, chair of the Conference Cane Committee, announced that the next recipient is 98-year-old the Rev. Joseph Ablett, who served in the Detroit Conference for 35 years. When informed of the recognition, Joe responded with his memorable wit saying, “I’m just glad I’ve lived long enough to get the honor.”

Joe grew up in Detroit, and during World War II, because of his peace stance, he served at the Ohio State Mental Hospital in Columbus. After Joe and his wife Wilma were married in 1949, they served five appointments in the Detroit Conference. During his ministry, he was named “Man of the Year” in Oscoda, served on the school board in Marysville, and was deeply involved in the Boy Scouts. He retired from Auburn UMC in 1985, and in 2000 the Abletts moved to a retirement home in Ohio where he continues to be actively involved in the life of the community, still driving his car!

Though the holder of the Conference Cane may only hold the actual cane briefly at the time of presentation, the honor of representing the history of ministry within the state is a tribute to the one who holds it and to all the clergy who have faithfully served in Michigan Methodism.