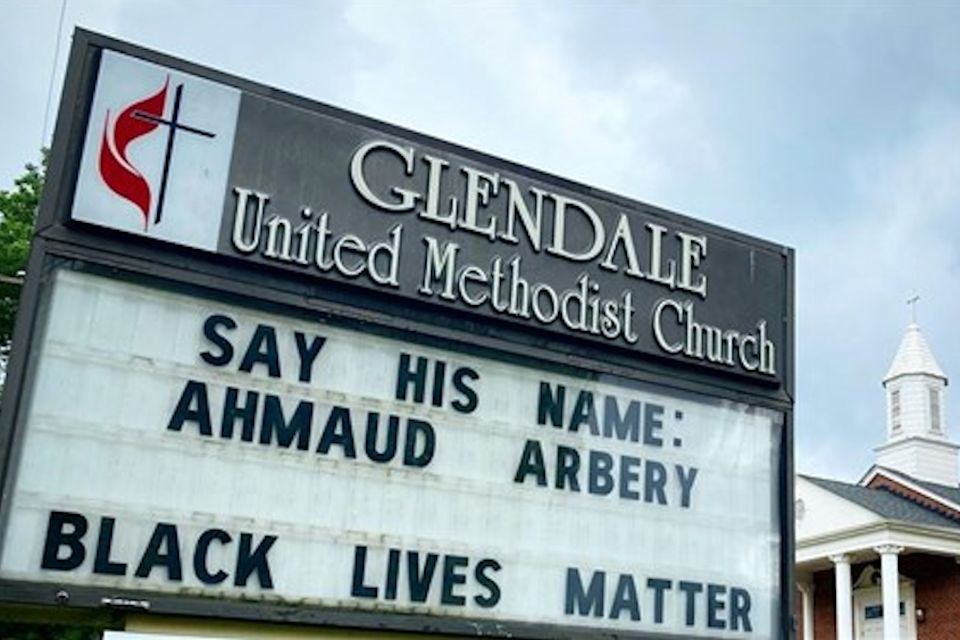 In the aftermath of the killing of Ahmoud Arbery, United Methodists, including the Rev. Dr. B. Kevin Smalls, are speaking out against the deterioration of race relations in the U.S.

In Dr. W.E.B. Dubois profound work, “The Souls of Black Folk”, he begins his first sentence saying, “the problem of twentieth-century America is the problem of the color line.” This continues to be our challenge in the 21st Century.

I join with many outraged United Methodists who were horrified in witnessing the video clip of Ahmaud Arbery being gunned down, senselessly in the streets of a quiet neighborhood in Brunswick, Georgia.

How exhausted African Americans are of being hunted, victimized, and traumatized by vicious, mean-spirited, and fatal assaults on young Black men and women by police and white citizens. This country has been plagued by racism since its inception and while there has been extraordinary progress, we are seeing a frightening deterioration of race relations in our country.

While this is deeply embarrassing as a nation, we can not pretend that the problem of race has not emerged with greater challenges in the past decade. We, as United Methodists, can not allow an angry society to infiltrate and reverse our demand for justice of all people. John Wesley was adamantly against slavery. In a letter written to William Wilberforce in 1791, in Wesley’s declining years, he says something hauntingly relevant today. “I was particularly struck by that circumstance, that a man who has a black skin, being wronged or outraged by a white man, can have no redress; it being a law in all our Colonies that the oath of a black against a white goes for nothing. What villainy is this!” John Wesley spoke up. So must we!

If we don’t speak up, we comply with horrific race dynamics in our land. We are now seeing a revival of racist behavior and disregard in everyday life. We see this when Middle School children chant,” build the wall!” We see this when a parent is asked in a town hall meeting, “Why didn’t you stay in Mexico?” We see this when Confederate flags are proudly raised to glorify a segregationist and slave-owning past.

The Council of Bishops of the United Methodist Church, the General Commission on Religion and Race, and the General Board of Church and Society have condemned racism and, in turn, challenge us to do better. But, what do we do beyond that?

We claim our Wesleyan and Methodist heritage by doing “no harm, doing good, and staying in love with God.” We defend others who are on the margins and invite them to the welcome table that God has established for all of creation. We demand justice, with fervor and conviction for the liberation of people oppressed by systems and policies that are harmful to people of color and women.

We claim the biblical mandate to love one another by doing this work, every day, whenever we encounter it. Racism is no longer just a form of extremism. Subtle racism is just as damaging. Racism occurs whenever occupied privilege is unaware of that privilege and its impact on those who don’t possess such privilege and refuses to acknowledge or adjust as a result. We are called to be aware of the ways we might contribute to an imbalance of justice, peace, and harmony.

I am proud to serve in a United Methodist Church that goes on toward perfection. I am proud to work alongside colleagues and laity who refuse to be placed in a sociological box that reverses the narrative of American culture to one of division and discontent.

The world needs our counter-revolution of love. It is difficult work, so may we engage in it without fear. We must, because at the way things are going if we don’t speak up, someone else dies.

Lives are dependent upon our compassion and our vigilance. “Are we able, says the master”? I pray that we are.

Come now, let us be on our way.