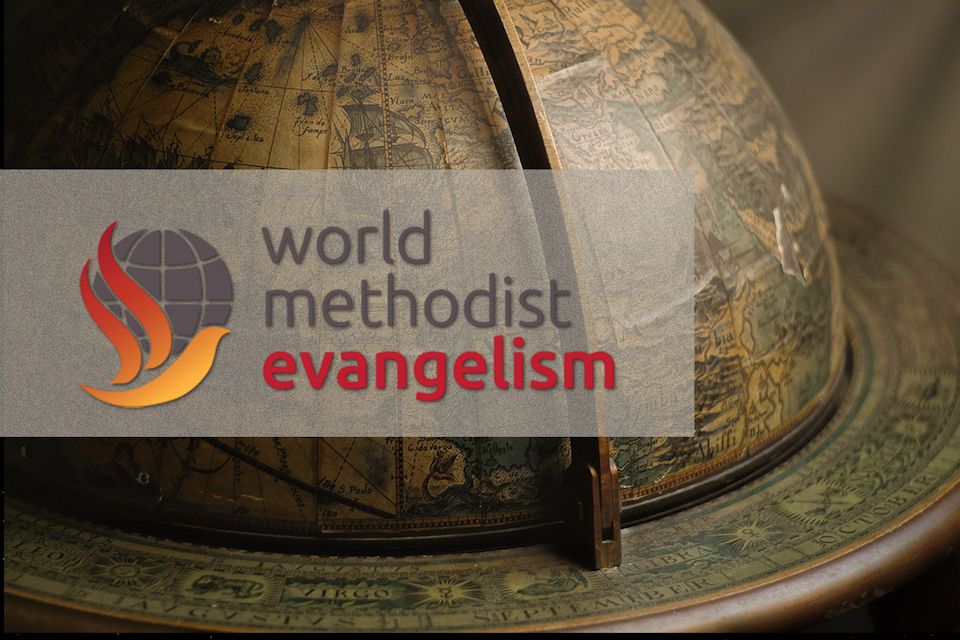 World Methodist Evangelism, which celebrates 50 years of ministry this year, is finding new ways to do its work in the realities of a global pandemic. One such initiative is a prayer and fasting program that connects about 1,500 Methodists from around the world via Facebook. ~ Image courtesy of Unsplash.com/Viktor Forgacs.

In this time of a global pandemic, World Methodist Evangelism has adapted its work of equipping people to share Christ’s love.

What does evangelism look like in the time of COVID-19?

For World Methodist Evangelism, the pandemic has meant some adjustments but also some new opportunities to help the Wesleyan family share Christ’s love.

“On the one hand, COVID did ground our travel, and it did inhibit us from doing big preaching events,” said the Rev. Kimberly Reisman, the organization’s executive director and a United Methodist elder.

“But it didn’t stop us from being able to engage and equip and train the people who are on the ground helping their people.”

Like many local churches, World Methodist Evangelism has taken many of its activities online. In the process, the self-supporting organization has seen its global reach grow as it marks its 50th anniversary.

The hunger for the Gospel message is in some ways even higher in this time of surging virus and limited travel, Reisman said.

“People have the need for connection,” she said. “They’re asking big questions during this time of COVID — big spiritual questions about life and illness and struggle, and ‘Where is God in the midst of all of this?’ And those are faith questions that are answered best in the context of trusting relationships where people can explore with each other.”

Those conversations may be happening online rather than face to face. But people still have opportunities to share their faith, Reisman said. She sees World Methodist Evangelism’s role as helping empower Christians to do that — using the tools and technology available.

For example, Reisman has used the organization’s Facebook page to bring one of John Wesley’s spiritual disciplines into the social-media age.

At 8 a.m. U.S. Eastern time each Thursday, she leads prayer on Facebook Live that also encourages those praying to join in Wesley’s practice of fasting from sundown Thursday to sundown Friday. Reisman typically wears black during the prayer time as part of the World Council of Churches’ “Thursdays in Black” global movement against gender-based violence.

Each week, about 1,500 people from 47 countries participate.

The Rev. Edgar De Jesus, pastor of Davis Street United Methodist Church in Burlington, NC, is one of the weekly participants.

He said participating in the prayer and fasting draws him closer to Jesus, and encourages him to be in prayer for Methodists around the globe.

“I strongly believe that prayer and fasting are integral to our spiritual identity as followers of Christ and as people called Methodists,” said De Jesus, who is also president of the National Association of Filipino American United Methodists.

“It is more vital now than ever before as we continue to face the threats of COVID-19.”

The weekly Facebook prayer is one way World Methodist Evangelism continues a half-century of ministry.

“During its 50 years of existence, World Methodist Evangelism has consistently equipped people from around the world to share the Good News of Jesus Christ,” said United Methodist Bishop Debra Wallace-Padgett, who leads the North Alabama and Holston conferences. She also chairs the World Methodist Council committee on evangelism.

The similarly named, 140-year-old World Methodist Council established World Methodist Evangelism in 1971. The ecumenical council — today made up of 80 Wesleyan/Methodist denominations including The United Methodist Church — formed the outreach ministry with the goal “for all the people called Methodists to go on World Mission and Evangelism together.”

Sir Alan Walker, a church and national leader from Sydney, Australia, became the organization’s first world director in 1978 and held the post for 10 years. His successor was the Rev. H. Eddie Fox, a United Methodist evangelism pioneer who died in July at age 83.

During his 26-year tenure leading World Methodist Evangelism, Fox helped Eastern European congregations come to life after the collapse of communism. He also developed an edition of the New Testament and Psalms to help with faith sharing.

World Methodist Evangelism supporters say Reisman as Fox’s successor is continuing and building on his legacy.

“Kim now has a great team of leaders working together in communicating the Good News of Christ, together offering evangelism training through social and other forms of media, and impacting lives around the world,” said the Rev. Winston Worrell, pastor of Northwoods United Methodist Church in Doraville, GA.

He previously led the World Methodist Evangelism Institute at Emory University’s Candler School of Theology. Both the institute and the organization work in collaboration, and Reisman sits on the advisory board.

“I look forward to greater things to come through WME,” Worrell said.

The group does not receive budgeted funds from the World Methodist Council or denominations, but instead relies on the donations from congregations, ministries, and individuals who support its work.

That work is following a tradition that goes back to John and Charles Wesley said retired United Methodist Bishop B. Michael Watson.

“Since the time of the Wesleys, Methodists have seen the world as our parish,” said Watson, former World Methodist Evangelism president and chair of the World Methodist Council’s evangelism committee. He is now interim senior pastor of Riverchase United Methodist Church in Birmingham, AL.

“We have sought to join together in evangelism ministries across the face of the Earth, on every continent, as much as we can do,” Watson added. “We rejoice with this long heritage of mission outreach in Christ.”

Today, it carries out its work with resources such as the Plain Truth video series, which answers questions about the Christian faith, and the Real Faith — Real World podcasts, an exploration of evangelism started during the pandemic.

Reisman also has published “Embrace: Showing and Sharing the Love of Jesus,” a workbook designed for individual and small-group use.

In addition, the organization offers training events like the young people’s gathering Metanoia (from the New Testament Greek word for spiritual conversion) and the Order of the FLAME (which stands for Faithful Leaders as Mission Evangelists).

Upcoming events include a virtual summit on evangelism Sept. 16 and a 25th anniversary reunion of the Order of the FLAME Oct. 4-8 at Christ United Methodist Church in Memphis, TN. The reunion will have both virtual and in-person options available.

One benefit of the group’s events is how they bring together the multiple flavors of Methodism, said the Rev. Zach Szmara, a pastor in the Wesleyan Church and national director of Immigrant Connection.

“Being around some powerful preaching that’s different from what you might normally hear is really great,” said Szmara, who has been an Order of the FLAME speaker.

“Sometimes if you go to a conference with only one denomination, it’s like going to a church potluck and everyone brings the same food. That’s not the potluck you want to go to.”

“Attendance is not just a little bit of pepper in a roomful of salt,” he said. “They do an amazing job of making it not just North American-dominated. They bring in people from the Global South and Europe.”

He added that the organization is good about understanding the diverse contexts in which evangelism takes place.

His church has used Reisman’s Embrace framework in its outreach. Smith has found it successful in reaching people as different as African American retirees and Asian-American students at nearby Stanford University.

The changes wrought by the pandemic will likely affect the work of evangelism for years to come. That’s not necessarily a bad thing, Reisman attests.

While there will always be a need for in-person gatherings, Reisman said, digital avenues will continue to have a place in helping the Gospel message cross borders, including in places where organized congregations are few or nonexistent.

“WME has consistently worked to equip others to be a light leading others to Christ in whatever context they find themselves, and to be that light ourselves,” Reisman said. “I pray that dedication will remain as strong in our next 50 years as it has in our first.”