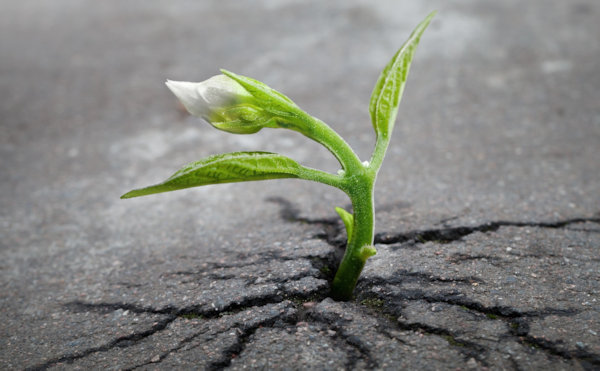 When a boy, Jerry DeVine learned to not take water for granted. As a man, he advocates for water justice.

…so where the river flows everything will live.

Given the climate of conversations going on across this country this past couple of weeks, there are many things I thought about offering spiritual reflection on for this blog. Exhibited values that contradict the core tenets of our faith, that are deeply in contradiction to the God of Creation, that are inconsistent with the God we have come to see and know through the life, death, and resurrection of Jesus Christ, have abounded.

Blatant racism, white supremacy, oppressive Nazism and the misuse of positions of power have all lead to and/or contributed to violence and tension. It may seem easier to speak truth to a stone than to someone with a rigid ideology and hardened heart, yet speak up we must so that grace, love, and justice become louder than hate and oppression. Yet, as many have stated, the voices are only one initial step. Now the real work of dismantling systemic and root causes of such oppression needs to begin to take place. This is where too often well-meaning nice Christians either don’t understand or don’t know where to start.

So, I want to take a back-road entrance to the issue of white privilege and the Church and to do so by talking about the importance of clean accessible water. After all, the prophet Ezekiel’s vision was that as the water flowed from the altar of God, from the very heart of the Holy, “where the river flows everything will live.” I certainly would like to see such a healing and life-giving stream flow here in the United States and globally once again. The rhetoric of supremacy and violence is certainly a stream of ideology, but it is never life-giving.

“Now the real work of dismantling systemic and root causes of such oppression needs to begin to take place. This is where too often well-meaning nice Christians either don’t understand or don’t know where to start.”

When I was mid-way through the fourth grade my father moved our family from a small city with a population of 30,000 back to a farm near a small town of 100. Farming was his love and he was tired of being on the road constantly as a traveling insurance salesman. As a fourth grader that had already moved three times in the past four years, I was convinced I had fallen off into the abyss. As disruptive and dislocating as that move was, God used it over time to help me see things I would not otherwise have seen.

One of those insights was the incredible gift of water. Our farm was 20 miles from the nearest lake or river. There was no irrigation system, so we were entirely dependent upon winter snow melt and spring and summer rains to be able to raise our crops. During a particularly dry season, I can remember praying fervently outdoors for the clouds to release their life-giving droplets of rain. Then one day we were inundated by a cloudburst, receiving seven inches of rain in around three hours. I guess I prayed a bit too hard! Most of the time the ground felt as parched as our throats after a hot day in the sun.

The point of this is to highlight how so often we take life-giving water for granted. We are so accustomed to turning on the faucet, or starting the washer or even washing our cars that we may not take into account the fragility of that gift. In more recent years this has become more highlighted in our news here in Michigan and across the north central U.S. We are keenly familiar with how systemic actions by people in places of privileged power set off the sequence of events that poisoned the water in the households and businesses in Flint. Some are keenly aware of the impact of the inequities of the water shutoffs that continue to take place in the city of Detroit.

Perhaps fewer of us are directly aware of the Water Protectors of the Standing Rock Lakota Reservation and many other indigenous nations who sought to prevent the Dakota Access Pipeline from being built on treaty land of the Lakota and under a vital water source. That pipeline now snakes like a venomous serpent underneath the Missouri River, a source of life-giving water that eventually flows all the way to the Gulf of Mexico.

Here is where the issue of white privilege and systemic oppression come into the story. In Charlottesville, well-armed militia groups carried high-powered rifles over their shoulders prior to the white supremacist gathering. It was an act of intimidation, and sadly it was legal. No police presence or action was taken to challenge that show of potential violent power.

In sharp contrast, there are multiple photos, videos and reliable first-hand accounts from the No-DAPL efforts showing the Lakota women elders praying, not having any weapon of any kind, and being met with pepper-spray. Other non-violent and clearly unarmed young people and elders would stand in solidarity and be met with rubber bullets, biting attack dogs and tear gas. The militia was all white, while the Water Protectors were largely Native American, though joined by people of many racial ethnic communities. White privilege is protected systemically.

When public displays of overt racist ideology take place, such as the gathering in Charlottesville, there is always an upsurge of being upset in our white communities and local churches. That is a good reaction.

However, there is not always a willingness or capacity to see that the way in which our systems of justice and media respond is indicative of places of privilege or non-privilege systemically. You do not have to hold a racist personal ideology to still be a participant in and benefiter of such a system. That is white privilege in a nutshell.

“You do not have to hold a racist personal ideology to still be a participant in and benefiter of such a system. That is white privilege in a nutshell.”

So, where is the life-giving stream in all of this? Choose life by choosing something specific you can get involved in that expands your awareness, expands your range of relationships, and expands the way in which systemic change can take place.

While there are multiple places that I stay involved in to address racial equity and issues of justice, specifically I have chosen to be part of a group planning a Why Water Matters Summit as a direct action follow up on the Standing Rock No-DAPL efforts.

From the Press Release: This summit will provide a theological foundation for environmental action, teach faith and community leaders to engage in direct communication with government agencies and commercial companies that oversee the care of bodies of water, offer tools for creating effective solidarity with Native American spiritual and tribal leaders whose source/s of water has become threatened, and empower individuals to create an action plan for water advocacy and/or sustainability in their local communities.

In addition, Bishop David Bard (Michigan Area) and Bishop Frank Beard (Illinois Great Rivers Conference) have also indicated their intention to participate. To learn more, visit www.whywatermatters.org . We would love to have you get involved!