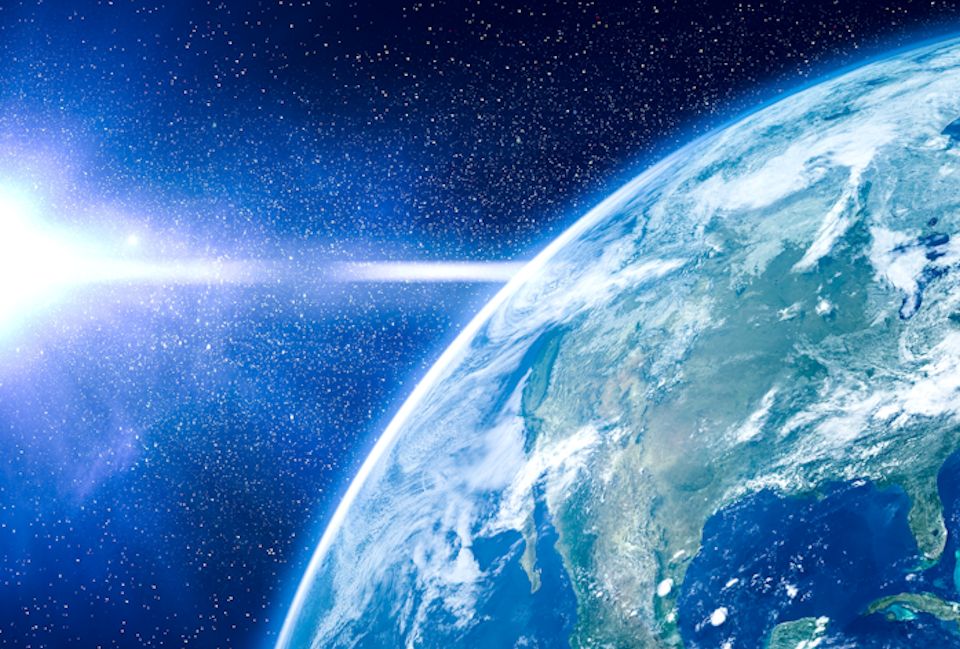 Today, says the Rev. Dr. Margie Crawford, “We are being asked to see ourselves, our faith, and our relationship with our Lord in a different way.”

One evening as I was channel surfing, I landed on CNN. William Shatner was being interviewed by Anderson Cooper a week before he was due to fly on Jeff Bezos’ Blue Origin spacecraft. It was a very delightful interview. Shatner spoke about how nervous he was, and yet he couldn’t contain his excitement about the journey he was about to take. I encourage you to watch the interview on YouTube or find Shatner’s New York ComiCon segment, as it was similar.

A week later, I watched the launch of the Blue Origin spacecraft. I was almost as excited as I usually am when I watch a NASA launch. Even though it was only the second flight for Blue Origin, the audience was still able to view some traditions. Each astronaut was dressed in a blue uniform, as was Jeff Bezos. They rode to the launch site in a truck. As they walked toward the capsule, each astronaut rang a bell. Engines ignited, and the rocket lifted off. The main engine separated and returned to earth, only a few feet off its target location. The capsule made its return trip several minutes later. Trucks made the trip to the landing site to escort the astronauts back to the Space Center. And another chapter of pioneering has been written.

As a lifelong Trekkie, I am pleased that William Shatner was able and willing to truly go where few have gone before. The opening words to the original series have played over and over in my mind, and I prefer Spock’s version. In his interviews, Shatner did not share how he was contacted by Bezos to become part of the second suborbital journey. We were able to witness all of the emotions Shatner was experiencing before and after the flight.

Although Michigan United Methodists will probably never reserve a seat on a suborbital space flight, each of us is still a pioneer. This is a very transformative time for our faith and for what it means to be children of the living God. We have been called to serve. There continues to be much for us to accomplish in the name of our Lord. We are encouraged to share the Good News of Jesus Christ, to make disciples of all nations and to shape our lives to be more like Jesus in all that we say and do.

You and I are the example of selfless love for others to follow. We are the herald, declaring in the wilderness of a pandemic that is still too much a part of our lives, that we are about to give birth to something new, something exciting, something that will bring a new harvest for the salvation of the world. We are the instruments of God, who are meeting others just beginning their journeys of faith. We are called to bear witness and testimony for those who are ignored, forgotten, oppressed, and abused.

The tasks before us will not be easy. All of us are being asked to see ourselves, our faith, and our relationship with our Lord in a different way. God is with us in all we say and do. How do we tell our Lord’s story in a way that engages rather than rejects? How do we care for all of God’s creation in ways that are helpful rather than destructive? How do we view the world through God’s eyes of steadfast love, rather than seeing it through lenses which divide and separate us? How do we plant seeds of growth and understanding rather than allowing weeds and thorns to choke and strangle what we hope to accomplish?

These are some of the questions before us as we continue our journeys. The words of a Gospel song inspire me, and I hope they will inspire you, to remember who we are and who’s we are. “We’ve come this far by faith, leaning on the Lord, trusting in His holy word.  He’s never failed me yet.”

Our Lord goes before us in all we do, preparing us to bring others to the new frontier. Michigan United Methodists are rethinking, reimagining, and redefining what it means to serve now and, in the days to come. May we each be blessed as we listen and respond to what God asks of us.  And Amen.