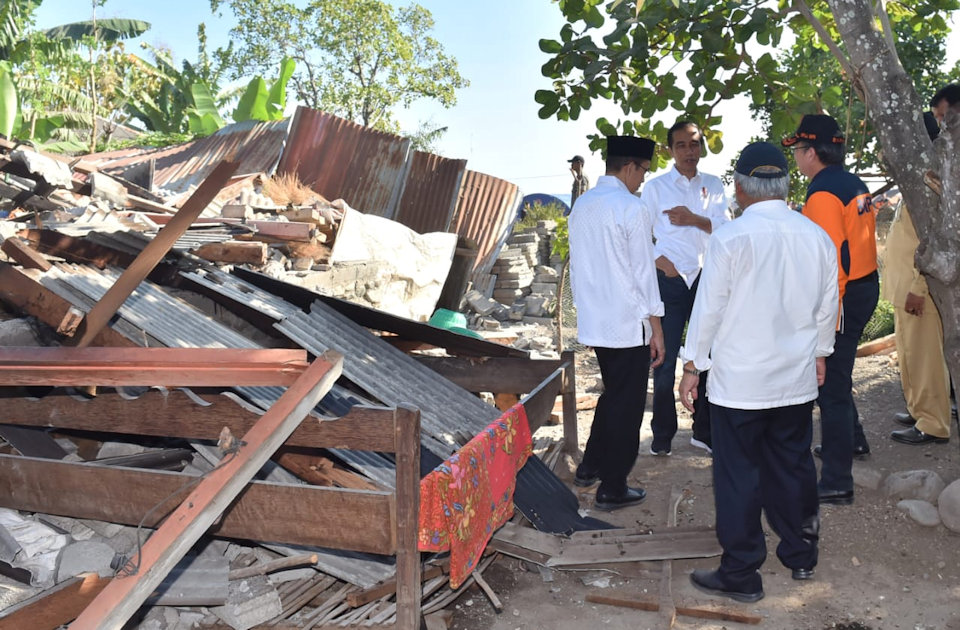 International disaster relief starts to mobilize in Indonesia. The United Methodist Committee on Relief  is partnering in the island’s recovery after catastrophic earthquake and tsunami . Donate to UMCOR #982450.

Thomas Kemper, chief mission and disaster relief executive of The United Methodist Church, calls on United Methodists to join him in prayer and compassion for the families and friends of the thousands who perished in the September 28 earthquake and tsunami in Central Sulawesi, Indonesia.

“We stand firm with our brothers and sisters of Central Sulawesi and all of Indonesia at this time of tragedy and profound grief,” Kemper said. He also acknowledged the Methodist Church of Indonesia’s desire to help those affected by the disaster.

The earthquake’s epicenter was closest to Donggala, a city of 300,000 that has been difficult for rescuers to reach. Palu, another Central Sulawesi city, was severely affected by the ensuing tsunami generated by the quake. The death toll, as of October 5, had reached more than 1,500, but two other severely affected districts, Parigi Moutong and North Mamuju, have yet to be reached by rescuers.

Bishop Tobing thanked Thomas Kemper and all United Methodists for their prayers, kindness and concern. He said Indonesian Methodists look forward to partnering with the UMC but confirmed that it is difficult to assess the damage or even enter the areas in need at this time. “Roads are closed, airports are down because of power outages, and only military planes and ships can get in at the moment.” But this has not kept Indonesian Methodists from mobilizing. “All three Methodist conferences have collected funds for relief work, particularly for Palu,” he said. His conference is assessing the possibility of assembling a team of medical professionals from Methodist congregations to help in Central Sulawesi.

Those wishing to support UMCOR’s work with tsunami survivors in Sulawesi can give to International Disaster Response, Advance #982450.

While in Seoul, Bishop Tobing met with Interim Presiding Bishop Chul Lee of the Korean Methodist Church. Bishop Lee shared the concern and the prayers of Korean Methodists and expressed their desire to assist with relief and recovery efforts.

Kemper proposed that United Methodists come alongside Indonesian Methodists to aid in their relief and recovery outreach. He also confirmed that UMCOR and the Korean Methodist Church are ready to explore such possibilities. The Rev. Paul Kong of Global Ministries’ Asia Regional Office reiterated UMCOR’s desire to identify and serve the needs of the most vulnerable populations. The Indonesian representatives agreed to host an assessment delegation in Central Sulawesi with members of UMCOR’s International Disaster Relief office, the Asia Regional Office, and the Korean Methodist Church. Kong noted that UMCOR may also work with ecumenical and other trusted partners who have begun work in the affected areas.

UMCOR responded to the 2004 Indian Ocean earthquake and tsunami, a catastrophe described as a thousand miles long and a half-mile wide, with major efforts concentrated in Indonesia’s Aceh Province. That event claimed 225,000 lives in 10 different countries. With generous support from United Methodists, UMCOR’s work included other tsunami-affected areas in Sri Lanka, India, Thailand and Somalia.

Those wishing to support UMCOR’s work with tsunami survivors in Sulawesi can give to International Disaster Response, Advance #982450.