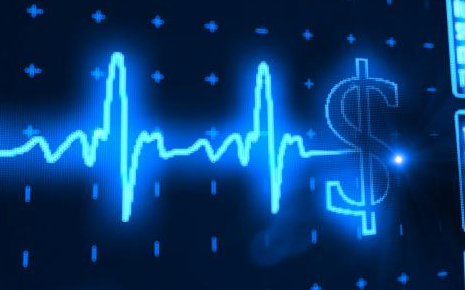 Big changes are coming to the United Methodist health plans offered to bishops and general agency employees, largely in response to the Affordable Care Act.
These changes are the first steps in avoiding the 40-percent excise tax, commonly called the “Cadillac tax,” that will apply to “high-cost” employer-sponsored coverage starting in 2018. The levy is the first U.S. tax on health care benefits, and it has the potential to affect the benefits of people in a variety of professions across the United States.
The board of the General Council on Finance and Administration, the denomination’s finance agency, on Aug. 28 approved benefit plans that increase employees’ out-of-pockets costs for care. Enrollment will be Oct. 26-Nov. 11, and the changes take effect in January 2016.
The finance agency oversees the health benefits of about 1,650 active and retired general church employees, active and retired bishops and dependents.
Delmar P. Robinson, an agency board member from the Mississippi Conference, describes the adjustments this way: “Right now, we offer a Cadillac, but we have to get down to maybe an Oldsmobile.”
For 2016, these church employees will have three options. One will be a high-deductible plan for non-preventative care, accompanied by a health savings account. Under that option, the deductible is $1,300 for individuals and $2,600 for families for in-network care. The high-deductible plan will have lower monthly premiums.
All plans pay 100 percent for preventive care. Ultimately, the goal is to encourage people to be healthier, and as a byproduct, claims will go down.
“We’re offering three plans that have varied designs to serve a variety of people’s needs,” said Denicia Roberts, GCFA’s human resources director. “The bottom line is people have choices.”
The health care consultant Mercer in December projected that about a third of U.S. employers are “on a glide path” to hit the tax threshold by 2018.
The finance agency is one of many U.S. plan sponsors shifting their health policies now to avert the tax later.
In Michigan Area
In light of the concerns addressed in this article, the Rev. Donald J. Emmert, Benefits Officer for the Detroit Conference, says, “The first question I have already been repeatedly asked is, ‘How will the Cadillac Tax affect our (Detroit Conference) plan?” Don goes on to explain that, “The Detroit Conference group health care plan is sitting on the cusp of the Affordable Care Act’s definition of a high-cost employee health plan.” Certain adjustments will be required to “avoid subjecting the plan to the ‘Cadillac tax’ in 2018.”

“Increasing out-of-pocket expenses and/or reductions in levels of coverage should be expected beginning in 2017.” ~Don Emmert

He reports that no changes to current Detroit Conference coverages or premiums are currently scheduled for 2016. “However,” he adds, “participants have previously been informed and should be reminded that increasing out-of-pocket expenses and/or reductions in levels of coverage should be expected beginning in 2017.”
West Michigan Conference Treasurer, Pros Tumonong, adds, “We have the same situation as Detroit Conference. The West Michigan Conference Board of Pension and Health Benefits has anticipated this issue. The Board will request the General Board to give a presentation of its Private Exchange Plans for consideration as an alternative to avoid the Cadillac tax.”
What is the Cadillac tax?
The health care law, also known as Obamacare, currently defines a high-cost employee health plan as one that annually costs more than $10,200 for an individual or $27,500 for a family. The law treats costs over the cap as an “excess benefit” to be taxed at 40 percent.
The cost includes employer contributions to flexible spending or health savings accounts. But it does not include stand-alone vision or dental benefits. Employee contributions to deductibles, coinsurance and copayments do not count.
David H. Howard, an associate professor in Emory University’s Department of Health Policy and Management in Atlanta, said the tax serves two purposes.
It helps fund the law’s insurance coverage expansion, such as the tax subsidies available on the individual insurance markets and increases to Medicaid. The excise tax also acts an incentive to employers to cut “overly generous” plans that can allow unnecessary medical tests and procedures.
“Employees have to pay income tax on wages but not employer-provided health insurance,” Howard said. “Thus, health insurance is tax-advantaged, providing an incentive for companies to provide overly generous benefits. The Cadillac tax is an attempt to put compensation in the form of health insurance and compensation in wages on more of an equal footing.”
About 43 percent of adult Americans under 65 ─ two in five ─ get their health insurance through an employer, according to Gallup-Healthways tracking.
Why could this affect more people?
The law pegs the tax threshold to inflation, specifically the consumer price index plus 1 percent. That means it will increase over time. At this point, health care costs are surging faster than the inflation rate.
Mercer and other analysts project that if nothing changes, the majority of U.S. employers could face the tax within 20 years. Congress already is facing pressure to eliminate the tax entirely before 2018.
Still another trend could be working in employers’ favor. The United States is seeing its slowest growth in health spending in 50 years, and some analysts attribute that trend at least in part to provisions in the Affordable Care Act.
Howard noted that the Congressional Budget Office already has revised downward its estimates of revenue from the tax because health care costs have not increased as rapidly as expected.
For now, the General Council on Finance and Administration board is going forward with the expectation that the tax will take effect and affect benefits.
Focus on wellness
Altogether, the agency projects that next year the total cost of benefits will be more than $16.5 million, an increase of about 14 percent over 2014. That amount includes medical, vision, dental and life insurance benefits for active employees as well as Medicare Advantage and life insurance for retirees.
The GCFA board also plans to look at ways to encourage plan participants to focus more on wellness and preventive care ─ including annual physicals and regular exercise ─ as a way to help reduce costs long term.
“We wanted to maintain a competitive benefit plan, and we wanted to make sure employee contributions would be a reflection on what the salaries are they are being paid,” said Valarie Willis, chair of the GCFA board’s Committee on Personnel, Policies and Practices. Her committee recommended the plan options to the board.
“And of course, we have to be good stewards of our congregational funds.”