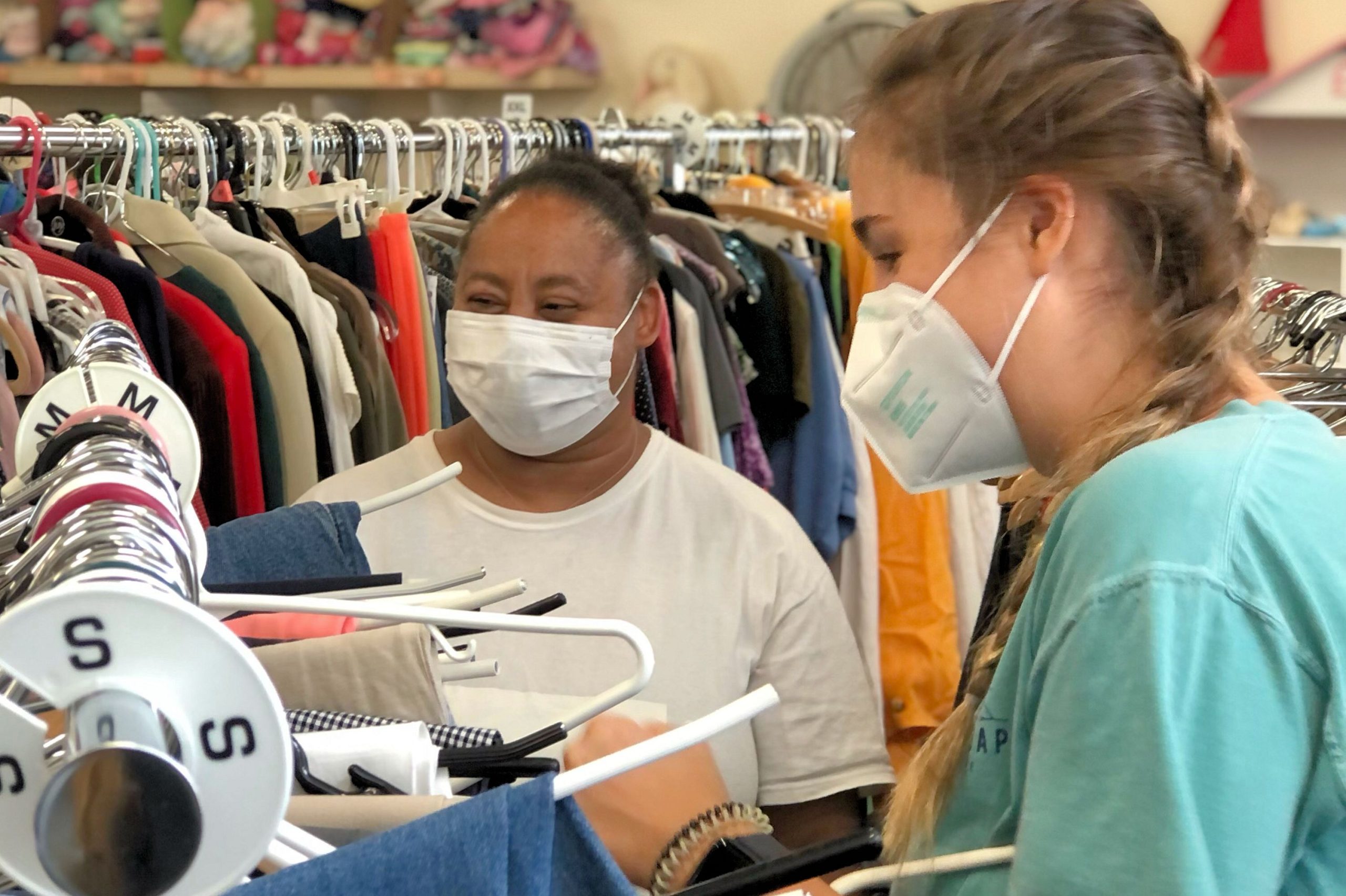 Bailey Townsend is a US-2 from Tennessee who moved to Detroit, Michigan in August 2021. Her Global Mission Fellow assignments include Motor City Wesley, Motown Mission, and Redford Brightmoor Initiative.

Bailey Townsend is an adventurous and hard-working college graduate from Johnson City, TN. Before becoming a US-2, Townsend lived at home with her mom, dad, and younger brother. She is a passionate singer. She loves to read, attend sporting events, and explore nature. When she attended East Tennessee State University, Townsend said she lived at home, and she lived only eight minutes from the campus. Townsend described her hometown as a beautiful and small city.

Though she’s from a city with a population under 70,000, Townsend is not afraid to travel the country and experience different environments. An active member of Munsey Memorial United Methodist Church in her hometown, Townsend stumbled upon the Board of Global Ministries by word-of-mouth. After graduating with a degree in Interdisciplinary Studies from East Tennessee State this past May, the Johnson City native took some time to contemplate her future, which will likely involve graduate school. In the midst of this life chapter, Townsend said a church member told her about Global Mission Fellows. Townsend said she was interested in the opportunity and reached out to another church member who had worked with Global Ministries about 20 years ago.

“I’m very appreciative of her telling me about the program,” Townsend said.

After becoming a Global Mission Fellow — otherwise known as a US-2 — Townsend moved to Detroit where she works with three organizations: Motown Mission, Redford Brightmoor Initiative, and Motor City Wesley. Alongside other fellows, Townsend is tasked with serving and making a positive impact on her assigned community throughout the program’s two-year term. After relocating to a new state and a larger city, Townsend found her adjustment to her new environment particularly challenging.

“Moving from Tennessee to Michigan has been an experience,” Townsend said. “It’s definitely been tough. I’ve never lived away from home.”

Townsend explained that much of her early experience in Detroit has been stressful. She said the roof caved in at the first Detroit home she was placed in. After the storm damage at Foundry House, Townsend said she and her two housemates have been staying at Airbnb’s while searching for permanent housing.

Outside of her complex living situation, Townsend was excited to discuss work at her assigned organizations and the impact she’s making. She currently serves as the Outreach Coordinator at Motown Mission and Motor City Wesley, and the Assistant to the Director at Redford Brightmoor Initiative.

In her role at Motown Mission, Townsend said she collaborates with volunteers coming into Detroit and partners them with local organizations and sites. Motown Mission Director Amanda Mountain said working with Townsend has been a pleasure.

“She is easy going, which is good in mission work when unexpected things can come up,” Mountain said.

Mountain said Townsend is working on numerous projects behind the scenes, including managing social media on numerous platforms and answering emails and phone calls from potential volunteers. Mountain said she’d like Townsend to gain wisdom and strengthen her faith as a US-2.

“I hope Bailey learns the various components of working in a faith-based nonprofit environment,” Mountain said. “I also hope her faith is deepened by her work with our volunteers, project partners, and community members, and her relationships with her fellow US-2s and other young adults engaged in mission service in the city.”

“I’m confident in Bailey’s resilience and sense of purpose,” Gladstone stated. “With some challenges caused by storm damage to the US-2 house, Bailey has shown an ability to struggle through and not get totally overwhelmed in the midst of crisis. All these qualities make me think Bailey will be able to offer great leadership and team building for anything God calls her to do in life.”

Gladstone is not the only organization leader that feels Townsend will be successful in her future endeavors. Redford Brightmoor Initiative Director Hilary Kristal said Townsend is destined to do great things.

“Whatever she decides to do after the US-2 program, she’ll be successful,” Kristal said.

Townsend said she really enjoys helping customers in the RBI Free Store and making an impact on people’s lives.

Although her first weeks in the Motor City have not been easy, Townsend said she intends on making the most out of her experience.

“I want to see as much as I can while I’m here in Michigan,” she said.

Townsend stated she was surprised by the amount of nature in Detroit. She said the city’s downtown has as many parks as the entirety of her hometown. As for her impact, Townsend explained that she wanted to show people that Christianity and the church are welcoming and accepting of all people.