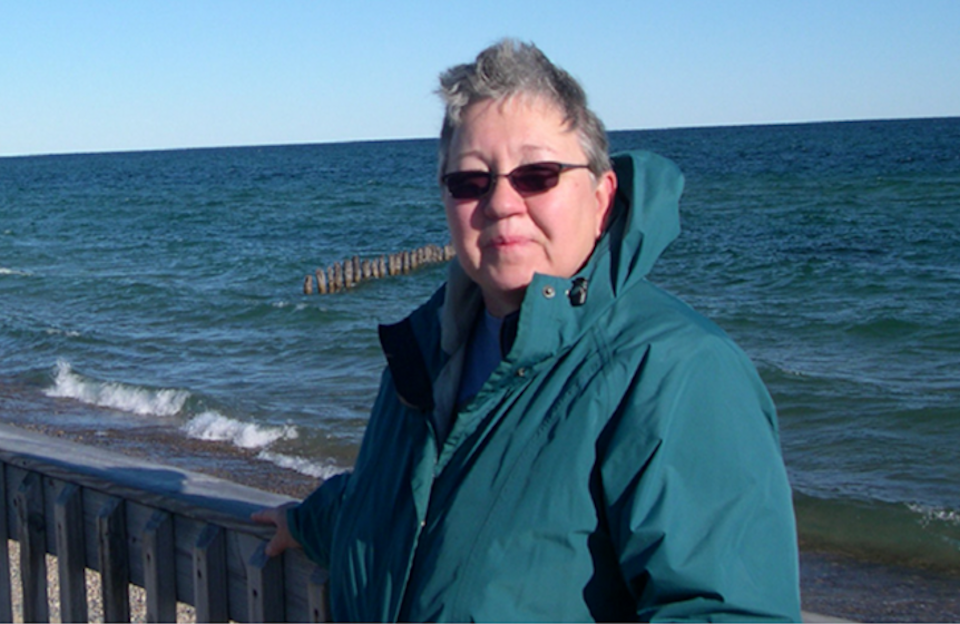 The Rev. Deborah Johnson began serving churches in the West Michigan Conference in 1981. She remains active in ministry following her retirement in 2014. ~ photo courtesy Deborah Johnson

She had grown up in Northern Michigan near Cadillac and went to college at Central Michigan University, where she majored in education. She had planned to become an elementary school teacher, she said, but later changed her mind after becoming involved with the Wesley Foundation on campus. Instead of being a teacher after she graduated in 1974, she accepted a two year position in campus ministry at Iowa State.

“It was in the practice of doing my ministry, I realized my call,” she said. With the encouragement of Gary Putnam (G-ETS 1965), the campus minister and a Garrett-Evangelical graduate, Johnson explored going to seminary and ultimately chose Garrett-Evangelical.

She enrolled in the fall of 1977 and enjoyed her experience tremendously. “It was so fun,” she recalled. “I had never had a woman pastor growing up, and there were women pastors all over the place at Garrett-Evangelical.” Her first advisor was Dr. Rosemary Radford Ruether, which she said, “was like sitting at the feet of a saint.”

At the time, she said, Garrett-Evangelical was paying attention to the fact that women in seminary needed to meet with other women and learn things differently. “We had a class in pastoral care for women and a class on church administration for women, where we learned about boilers and tuck pointing and other things we might not have known about,” she said. “It was great community building with other women students, but also very practical.”

After graduating in 1981, Johnson became the pastor of the Manton United Methodist Church, about 20 minutes from where her parents were living. “It was like coming home,” she said.

She said she was known for creating programs and her mission work. “I had a real emphasis on mission in all of the churches I served,” she said.

Although Johnson is technically retired, she still guest preaches at area churches She is also serving as board chair of the Wesley Foundation at Ferris State University and working with the campus ministry there, coming full circle from where she began.

~ reported by We Give at umcgiving.org.