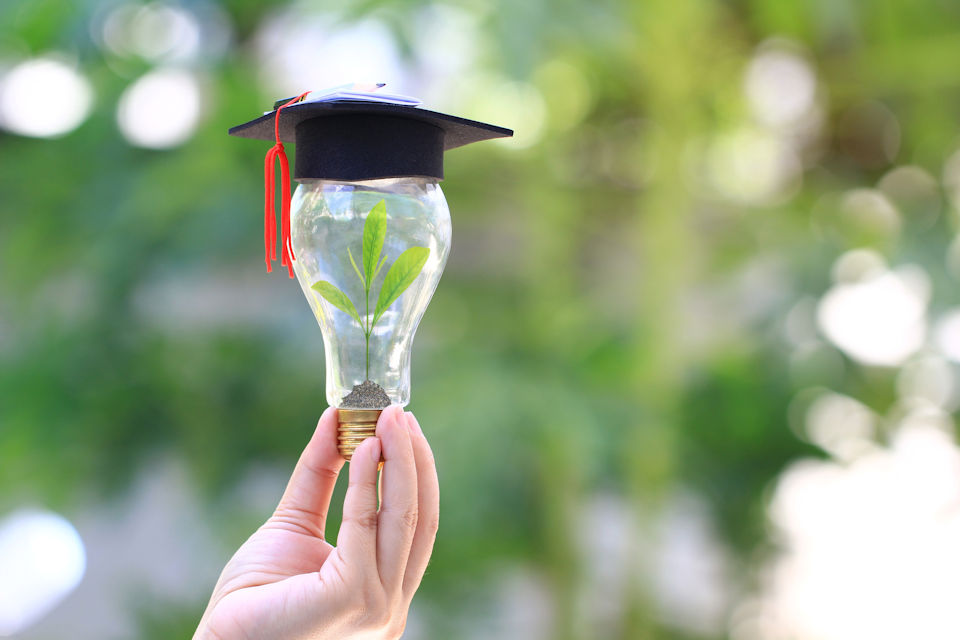 Did you know that a $1,000 gift from your congregation can multiply into $4,000 of scholarship support for a student in your church? Check out Dollars for Scholars.

There are 117 United Methodist-related schools, colleges, and universities across the United States. Those institutions stand as evidence that education is a core value of The United Methodist Church.

But buildings are not what’s at the heart of the denomination’s passion for teaching and learning. It’s students. The website of the General Board of Higher Education and Ministry traces the concern for nurturing the minds and spirits of boys and girls, women and men, back to John Wesley. “John Wesley believed that education was the key to a fuller, richer life. He championed greater educational accessibility as a way to ensure that leaders would act ethically and responsibly.”

Sharing in our founder’s belief, congregations and individual donors support students in their efforts to achieve their goals. Many are familiar with the United Methodist Student Day Offering. It’s coming soon, November 24. Click here for a Tool Box for Student Day promotion.

“Dollars for Scholars” or “Quadruple your Dollars” is just one of their scholarship programs. It is a partnership with the United Methodist Higher Education Foundation (UMHEF).

Dollars for Scholars begins with a local church supporting the student with a $1,000 scholarship. UMHEF will match that $1,000 and then the school will also match the congregation’s $1,000. Finally, the United Methodist Foundation of Michigan will match the $1,000; thus, creating a potential scholarship total up to $4,000.

The United Methodist Foundation of Michigan has given $24,000 in Dollars for Scholars Awards since 2016. The 2019 recipients included two Adrian College students and two students in seminary.

Brian Lightner is one of those recipients. Brian, a member of Hartford United Methodist Church, is attending Garrett-Evangelical Theological Seminary in pursuit of a Master of Divinity degree. “Dollars for Scholars is an amazing program,” Brian says. “It literally made the difference for me to be able to come to seminary.” Brian thanks God for this program. “It brought together my church family, my conference, my seminary, and denomination in support of my studies to become an elder in The Michigan Conference.”

At the close of this academic year, Paul Reissmann will graduate from Garrett. Paul looks back and says, “As someone who was anxious about the potential costs of seminary after attending Western Michigan University, I was happy to encounter the Dollars for Scholars scholarship through GBHEM.” He speaks to the fear of financial burden. “Despite coming out of my time at college with a relatively low amount of student debt, the amount overall was still incredibly overwhelming to consider when thinking about additional debt for my time at Garrett-Evangelical Theological Seminary.” Paul, coming from Bangor: Simpson United Methodist Church, is grateful to all who make Dollars for Scholars possible. “I can say with certainty, that the safety of my family and the ability to live out my call from God have been assured thanks to the Dollars for Scholars program reducing the costs of travel, tuition, and other expenses associated with a United Methodist theological education,” Paul concludes.

David S. Bell, President and Executive Director of the United Methodist Foundation of Michigan, points out, “This matching scholarship program is a fine example of being a connectional church.” Now delighted to be a partner in Dollars for Scholars, Bell was once a scholar in need of dollars. “I was a recipient of this scholarship during my formative years,” he remarks, “so I know firsthand the benefits of being supported by a local congregation and other ministry partners.”

Bell adds, “We are grateful to Bob Fletcher, President/CEO of the United Methodist Higher Education Foundation, for connecting us with this important ministry.”

How do you connect with this program? Go to the Foundation’s website to access application information for Dollars for Scholars and other financial aid.