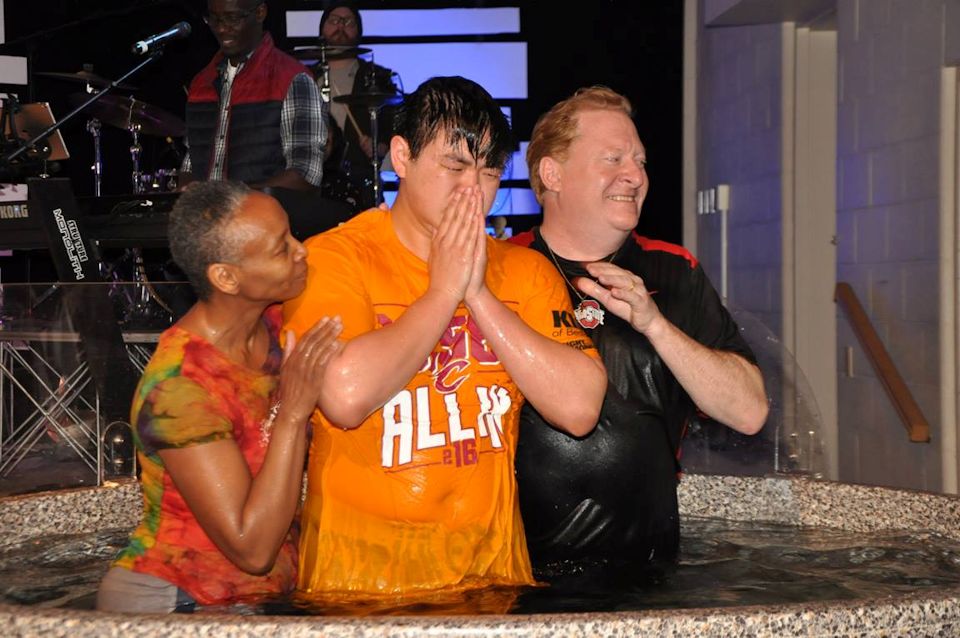 Multi-ethnic communication begins by actively listening to the different voices and experiences in your church and community.

United Methodists are working to dismantle racism as part of the church’s commitment to freedom and justice for all people. Congregations can work toward equality and equity for all by communicating intentionally with different racial/ethnic groups. Communicating multi-ethnically begins by actively listening to the different voices and experiences within the congregation and wider church – and to those of the communities the church intends to reach.

Multi-ethnic communication starts with building relationships. Churches cannot hope to speak to people in different communities without understanding them and their unique experiences.

“No matter the background of the pastor or the congregation, authenticity and lived experience are essential,” states Erin Hawkins, general secretary of the General Commission on Race and Religion.

“No matter the background of the pastor or the congregation, authenticity and lived experience are essential.” ~ Erin Hawkins

Hawkins urges churches to host dialogues with other congregations and community leaders of different racial/ethnic groups. “Ask the people you’re trying to reach what you can do for them, rather than assume you have the answers. ‘How can we support you in our ministry? How can we learn from you? How can we care for you?'”

Hawkins also recommends church leaders undergo training in intercultural competency, which will give them the skills and awareness necessary to build cross-cultural relationships. Religion and Race has materials to help people recognize and overcome their implicit bias. The Mosaix Global Network also provides specialized training for churches in Cultural Intelligence (CQ).

BRING DIFFERENT AUDIENCES INTO THE ROOM

Cultivating a congregation that is both diverse and can communicate with a wider audience in the community is ongoing work.

The Rev. Temo Rios serves Urban Poiema Church in Milwaukee, Wisconsin. Started as a predominately Hispanic/Latino congregation, Urban Poiema heard God calling it to be a church for all people. Its members and leaders are now Spanish- and English-speaking people of different racial/ethnic backgrounds.

“We are very careful with our language and try not to say anything that might offend someone of a particular background. Everything we post online or for the public is vetted and revised by a diverse team of members,” said Rios.

Urban Poeima follows a five-step process in its online communications:

By reflecting diversity in every aspect of church life, Garfield Memorial United Methodist Church in Cleveland, Ohio, has become a respected conversation partner in addressing issues of racial justice within the community.

“A few years ago, when there was a shooting of an unarmed teen by police in Cleveland, the city turned to Garfield Memorial because they knew we were uniquely positioned to speak to everyone in the community,” said the Rev. Chip Freed, senior pastor. “Systemic racism is under-girded by both neighborhood segregation and church segregation. This means multi-ethnic churches are uniquely positioned to combat systemic racism by building alternative models of community at the local level.”

The church draws on the accounts of Pentecost, the Great Commission, Paul’s letter to the Galatians, and other passages to show how Christianity can bring different groups into loving fellowship.

“A multi-ethnic church is what Christ intended from the very beginning,” Freed said. “We use scripture to show how our congregation’s diversity reflects God’s kingdom. Our congregation can quote scripture (passages) on diversity in their sleep.”

It’s not enough for churches to talk about diversity or make statements addressed to multi-ethnic audiences. Garfield co-pastor the Rev. Terry McHugh emphasizes the importance of communicating a commitment to being multi-ethnic throughout the church’s ministry, noting that “80% of genuine communication is non-verbal.”

Garfield’s multi-ethnic and generationally-diverse staff selects music, art, and liturgy to make everyone feel welcome and included in worship. Leaders and members at each of the church’s three campuses listen carefully to the needs of their nearby neighbors and build outreach ministries such as after-school programs and portable prayer stations in response.

FIND THE RIGHT MESSAGE – AND MESSENGER

Speaking to everyone in a diverse group is not easy. It requires tailoring the message to address people with varied experiences. It also means finding the right messenger (or messengers) to communicate at a given time or situation. Church leaders should also consider actions to empower those most affected to tell their own stories.

Leaders need to look at their own privilege when delivering messages and ask themselves what they are trying to convey and whether it is culturally sensitive for them to be the messenger. This process should include discerning (both privately and in consultation with others) whether they are the right person to deliver the message.

The Rev. Crystal DesVignes is an African American pastor who has served City Well United Methodist Church in Durham, North Carolina, for two years. In preaching and other communication, she is attentive to raising up different voices.

“I am the pastor, but I also have a very unique perspective on what is going on as a single mother and a Black woman,” DesVignes said. “City Well is a place where we tend to let other people preach.” Finding the best voice in any given situation in our fight and struggle for equality and equity is vital to multi-ethnic communication.

“Finding the best voice in any given situation in our fight and struggle for equality and equity is vital to multi-ethnic communication.” ~ Rev. Crystal DesVignes

City Well hosted a service of lament in response to recent incidents of police violence and racial discrimination towards the Black community. It included the voices of different members, including people who could speak from their experiences or witness to racial discrimination.

“I assisted with the service’s liturgy, but I did not coordinate and organize it,” DesVignes said. “Instead, our children’s pastor – a white woman – organized it to bring in different voices that made it community-oriented.”

As attention in the United States and beyond is focused on confronting racism, churches need to be communicators advocating for and empowering all God’s people to speak. But, churches must first listen and form positive relationships built on a strong biblical witness to engage in authentic, multi-ethnic communication lived out in the everyday ministries of the church.

At the same time, churches both need to empower the same people it addresses to speak for themselves and “Speak out for those who cannot speak, for the rights of all the destitute. Speak out, judge righteously, defend the rights of the poor and needy.” Proverbs 31:8-9, NRSV

Multi-ethnic communication begins with an open ear and continues with the sound of many voices mutually understanding one another.

Philip J. Brooks is a writer and content developer on the leader communications team at United Methodist Communications in Nashville, Tennessee, USA.