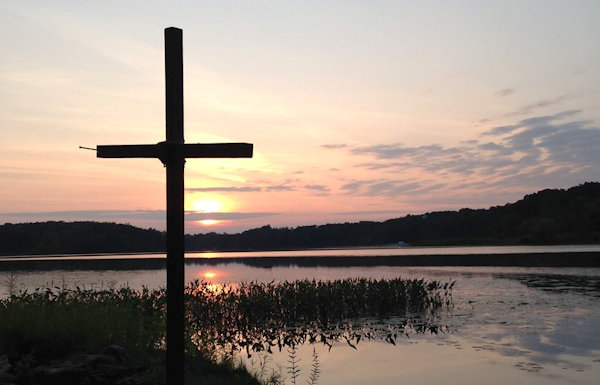 The light of Christ shines on the lives of young and old alike at the campgrounds of The Michigan Area. ~Wesley Woods/umcamping.org

The newly established Board for United Methodist Camps, Camping and Retreat Ministries in Michigan announced that it has hired a full-time Interim Executive Director.

The Rev. George H. Ayoub has accepted the position and will begin his official duties on November 14, 2015.  This announcement comes from the Rev. Kristen Parks, interim chair of the new board and pastor of Blissfield United Methodist Church. Ayoub will serve in that transitional capacity for up to two years while the board works on incorporation, board development and the projection of a five-year business plan.

Ayoub is currently serving as the Executive Director of Camping Ministries for the West Michigan Conference and has been working collaboratively with the current part-time Interim Director of Outdoor and Retreat Ministries of the Detroit Conference, the Rev. Thomas Macaulay.

The new board thanked Rev. Macaulay for stepping into the open position for the Detroit Board of Outdoor and Retreat Ministries during a time of transition.

When accepting this expanded role Ayoub stated to the board, “Thank you for all of your hard work and for your vote of confidence in my abilities.  I believe we are making strides in the correct direction.  With each step we take, our camping and retreat ministries will grow stronger.”

The new board was created by the actions of the 2015 Detroit and West Michigan Annual Conferences. The results of those ballots were announced on June 10 of this year. As fall began a report was shared by Ayoub and Macaulay as the Board began its organizational work.

The Board has determined that they need a period of time to get to know more about all nine ministry sites, the assets and responsibilities of this ministry, and to develop a longer range picture before conducting the search for a permanent executive director.  “The Board remains excited to discern what God is calling us to in this crucial ministry,” Parks commented. “We are thankful for Rev. Ayoub’s leadership while we are in this time of transition.”

Ayoub brings considerable ministry administration experience, having previously served as the Executive Director for the Evangelical Lutheran Church of America (ELCA) camping program in Michigan and Executive Director of Eastern Pennsylvania Camps and Conferences. He is an ordained United Methodist elder and a clergy member of the West Michigan Conference.  The board is made up of eight members chosen by the two annual conferences (four from each), and then seven additional board members chosen by the board itself.  All of the additional members added thus far are active United Methodists from across Michigan as well.

The Rev. Sheryl Foster, also a member of the Board, added, “George Ayoub has been a strong and caring part in assisting the new combined board in filling out the remaining seats and continuing our work with all nine camps and our three affiliates. I am pleased that we selected him and I am sure he will be an asset to the Board as we strive to provide a quality camping program across the state.”

Parks concluded, “We fully recognize that we are in a time of transition and feel that hiring Rev. Ayoub as an Interim Executive Director will allow us the grace to create the Board and Executive Director position that can bring the best resources to our camp and retreat programs.”