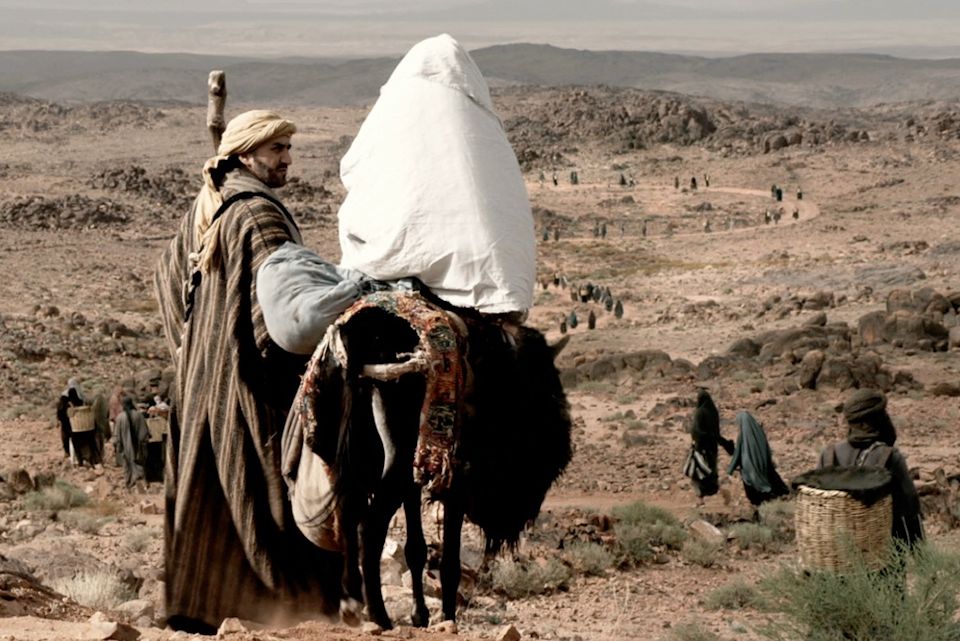 “Joseph also went from the town of Nazareth in Galilee to Judea, to the city of David called Bethlehem, because he was descended from the house and family of David. He went to be registered with Mary, to whom he was engaged and who was expecting a child.” (NRSV Luke 2:4-5)

The Rev. Glenn Wagner talks about disruption–yesterday, today, and tomorrow–and offers faith lessons on how to deal with it.

Disruption. Disruption is a word that describes how millions in our world have experienced in 2020. As of December 16, over 73.5 million people globally have been infected by the coronavirus, and we have surpassed 1.6 million deaths worldwide from this disease. Mask orders, lockdowns, virtual church, and quarantining have become mainstream.

According to the United Nations, this year, a record 80 million people, nearly 1% of the world’s population, are refugees who have lost their homes due to wars and persecution.  Add racial unrest, a contentious national election, 12.6 million unemployed in the United States, and 16 climate-related weather disasters in our country this year, including massive spring flooding in Mid-Michigan, with damages exceeding $1 billion for each, and disruption is given sharper focus.

Consider with me the way major changes (disruptions) impact our lives.

In the light of the seasonal themes of Advent and Christmas, we will look at disruptions brought about by the birth of Jesus and the life of Christian discipleship. We will also consider how the Christian faith lessons can help us deal with other significant disruptions that are currently impacting our world.

The birth of Jesus

When we observe Christmas in new ways this year as a direct result of our other disruptions, it may be useful for us also to remember the great disruptive changes that accompanied Jesus’ birth.

When it became known that Joseph, to whom pregnant Mary was engaged, was not the father, the news threatened Mary and her family’s reputation and personal safety. Pregnancies out of wedlock in Jesus’ time and environs could result in a public execution by stoning (Leviticus 20:10). Early in her pregnancy, Mary was sent away from Nazareth to stay for an extended time in Judea’s hill country with her aunt Elizabeth and her newly muted uncle Zechariah. Mary’s fiancé Joseph decided during a dream to forgo his plans for a divorce and to follow through with his prior commitment to wed (Matthew 1:20-21 and Luke 1). Joseph’s change of mind helped to shield Mary and her child from dire public consequences.

The circumstances of Jesus’ birth were certainly disruptive as the birth took place in Bethlehem, 90 miles away from Mary’s home and family in Nazareth, and in the shadow of a brutal ruler. King Herod, an Edomite by birth, maintained a palace bearing his name just three miles southeast of Bethlehem. According to Matthew 2:16, Herod felt threatened enough by news of Jesus’ birth to inflict infanticide on Bethlehem’s children to crush any latent dreams of restoring the Davidic dynasty to the throne he occupied.

It has been more than 2,000 years since Jesus’ birth, and the painful details of this disruptive arrival are still being remembered by almost one-third of the world’s population. A chapel of the Holy Innocents who were massacred by Herod in Bethlehem is maintained in a cave beneath the Church of St. Augustine of Alexandria that adjoins the Church of the Nativity in Bethlehem. Matthew remembered that Joseph and Mary fled to Egypt after Jesus’ birth to escape Herod’s wrath and likely stayed out of harm’s way until Herod died (Matthew 2:13–23).

The Life of Christian Discipleship

Jesus knew that following him as a believer is a disruptive commitment. He challenged his closest disciples, “Take up your cross and follow me” (Matthew 16:24-26, Luke 9:23).  The cross is a brutal reminder of the very real opposition to Jesus’ life-changing love. Jesus, as well as many of his closest associates, met a martyr’s death because of their allegiance to his person and his teachings.

Consider this uncomfortable record of disruption in the lives of Jesus’ first followers.

Two of the most well-known of Jesus’ followers, Peter and Paul, were both martyred in Rome about 66 AD during the persecution of Christians by Emperor Nero. Paul was beheaded. Peter was crucified, upside down at his request, since he did not feel he was worthy to die in the same manner as his Lord. The site of Peter’s burial is commemorated with arguably the greatest church in Christendom, St. Peter’s Basilica in Rome, which has been built over his tomb. The emperor Constantine erected another great church in Rome, St. Paul’s Outside the Walls, over the location where St. Paul is buried.

Church tradition remembers that Peter’s brother Andrew went to Russia. Christians there claim him as the first to bring the gospel to their land. He also preached in Asia Minor, modern-day Turkey, and Greece, where he is said to have been crucified.

History remembers Jesus’ disciple Thomas preaching as far east as India, where the ancient Mar Thoma Christians revere him as their founder. They claim that he died there when pierced through with the spears of four soldiers.

Philip is believed to have had an influential ministry in Carthage in North Africa and then in Asia Minor, where he converted the wife of a Roman proconsul. In retaliation, the proconsul had Philip arrested and put to death.

Matthew, a tax collector and writer of the Gospel ministered in Persia and Ethiopia. Some of the oldest reports say he was not martyred, while others say he was stabbed to death in Ethiopia.

Bartholomew had widespread missionary travels attributed to him by tradition: to India with Thomas, back to Armenia, and Ethiopia and Southern Arabia. There are various accounts of how he met his death as a martyr for the gospel. A statue of Bartholomew in the church of St. John Lateran in Rome remembers his death by having his skin flayed from his body by his persecutors.  (See photo of this statue below.)

James, the son of Alpheus, is one of at least three James referred to in the New Testament. There is some confusion as to which is which, but this James is reckoned to have ministered in Syria. The Jewish historian Josephus reported that he was stoned and then clubbed to death.

Simon, the Zealot, ministered in Persia and was killed after refusing to sacrifice to the sun god.

Matthias, the apostle chosen to replace Judas, was sent to Syria with Andrew according to tradition and was put to death by burning.

John is the only one of the apostles generally thought to have died a natural death from old age. He was the church leader in the Ephesus area and is said to have taken care of Mary, the mother of Jesus, in his home. During the Roman Emperor Domitian’s persecution of Christians in the middle ’90s, John was exiled to the island of Patmos. John is still remembered in Ephesus and on Patmos for being exiled because he publicly opposed the proposed building of a temple in Ephesus where the Emperor was to be worshipped as a god. In Patmos, John is credited with writing the last book of the New Testament: the Revelation. An early tradition has him escaping unhurt after being cast into boiling oil in Rome. Though John’s death was not as disruptive as others, he certainly was challenged in his lifetime by major changes as a direct result of his faith in Jesus.

Jesus’ birth and life were not simply disruptive in the lives of his first followers. The seismic impact of belief in Jesus is still being felt for those who acknowledge Jesus as Lord.

In his classic book, The Cost of Discipleship, theologian Dietrich Bonhoeffer asserts that loving and following Jesus is a costly commitment. Bonhoeffer’s opposition in Germany to Adolph Hitler during World War II ultimately cost him his life.

Believing in Jesus means that widely practiced human sinful behaviors are to be resisted. Practicing compassion, forgiveness, living as peacemakers with a commitment to justice, exercising generosity, and living in the present with eternity in mind are proven disruptors of narrow-minded selfishness. Believing in Jesus’ promise of eternal life runs contrary to observable facts about death. Following Jesus can result in publicly opposing political corruption.

It can be argued that loving Jesus has disrupted slavery and the subjugation of women. When Jesus taught that caring for the least is a matter of eternal consequence, and the Apostle Paul wrote to the Galatian Christians that, “There is neither Jew nor Greek, slave nor free, male nor female, for you are all one in Christ Jesus” (Galatians 3:28), we are all being challenged to choose a life beyond sinful routines, rash personal instincts, submission to unjust authority, and tribal behavior to bring the disruptive changes that Jesus inspires for all our relationships as a matter of our faith.

Faith lessons for dealing with disruption

2020 has been a year of great disruption. Nothing in my 2020 New Year’s hopes anticipated any of the events of these 12 months. History books remind us that global disruptions have occurred before, but this is small comfort. Disruptions are often accompanied by uncertainty, worry, and fear.

Disruptions, in my limited experience, should not be ignored. Disruptions require more energy and collective attention. Disruptions almost always result in profound personal change and require extraordinary courage to face.

Faith teaches that even though we may not be aware of all the details, the God we honor with faithful living is still at work in the midst of our disruptions. We can see the presence of God’s grace in the lives of heroic health care and other essential workers, sacrificial generosity for the needs of the poor, and the adaptive changes being made to enable commerce, education, and religious community in challenging times.

The dreadful scourge of this current pandemic is a reminder of our shared humanity.  The daily accounting of grim statistics reminds us of our shared responsibility for community and our need for God, who transcends our fears. The Bible is a treasured testament to the fact that great disruptions are not new and the God we worship offers hopeful direction for our living.

I pray for a less tumultuous year in 2021. I pray for better cooperation across political divides and greater understanding between persons of different races and genders. I pray for jobs for the unemployed, a vaccine to combat the pandemic, food for the hungry, and less civic acrimony. I hope for the day when we can all return safely to community activities like in-person worship and communal singing of beloved hymns. Our world needs a shared effort to preserve our environment, curtail gun violence, and combat racism.

It will take sacrificial cooperation on a global scale to defeat this pandemic. But I also hope we don’t forget the lessons learned this past year from life’s disruptions. May we not forget the God who has gifted us with life’s greatest disruption in Jesus so that we may experience the love that grows as a result of choosing faithful discipleship.

Scripture offers helpful wisdom for those seeking guidance in the face of disruption. The author of Hebrews encourages focusing on what is truly important:

“Therefore, since we are surrounded by such a great cloud of witnesses, let us throw off everything that hinders and the sin that so easily entangles. And let us run with perseverance the race marked out for us, fixing our eyes on Jesus, the pioneer, and perfecter of faith. For the joy set before him, he endured the cross, scorning its shame, and sat down at the right hand of the throne of God.  Consider him who endured such opposition from sinners, so that you will not grow weary and lose heart” (Hebrews 12:1-3).